Why Does My Rottweiler Puppy Sleep A Lot? 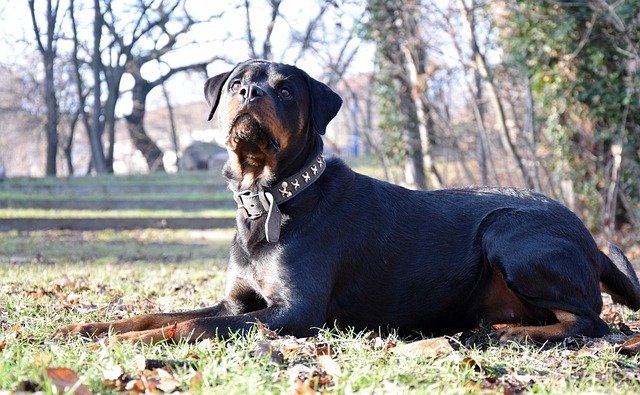 There’s a quick and facetious answer to this, which you’ll hear a lot from people who don’t know Rottweilers very well. These people will click their tongues and remind you that the business of growing into a vigilant, muscular beast of limitless intimidation is exhausting work.

Since the dawn of Rottweiler domestication (which harks back to the era of Romans marching their armies across Europe and Northern Africa), these intelligent, heavy-set dogs have been valued for their herding instinct, aggressive presence, and powerful body. The Romans kept them to haul cargo in small carts and to herd their cattle while in transit.

These days, the Rottweiler’s herding instincts and (opportunities) have dwindled somewhat to fit the needs of the era. Still, their natural inclination to put themselves on patrol duty makes them a top choice as a guard dog. This has significantly contributed to their image as a ferocious beast. Rottweiler owners would point out that “image” is the operative term, here; every dog can become ferocious if their gentleness isn’t rewarded alongside their protectiveness as they mature.

Nobody can be blamed for assuming that it’s exhausting being a mini Rottweiler, but it’s not always clear whether a Rottie pup’s lengthy sleeping is healthy or unhealthy.

In this article, we’ve addressed what you should expect, how to deal with the usual causes of an overly pooped pup, and finally, we’ll summarize the signs which are typically caused for concern.

Admittedly, they have a lot of growing to do…

There are lots of different factors to consider

On the day a Rottweiler pup does his first yawn, he’ll fit in two palms like a warm little bundle, and he’ll weigh anywhere between 12-21oz. Roll on three months, and they’re a foot and a half tall, weighing between 30 and 33lb.

Your little butterball takes no time at all to take the shape of the strong, dominant grownup he will one day become. Their bodies grow faster than their brains can keep up with.

That said, Rottweilers, like most large breeds, have long adolescence, during which time their growth slows considerably in comparison to their pup stage (birth to X months). Past that point, it takes them a long time to reach their full adult size—in some cases, up to 2 years.

Fully grown, a male Rottweiler will be a little over two feet at the shoulder and will weigh in at 80-120lb. There are healthy teenage girls who are lighter than fully grown Rottie. By the time they’ve reached full adulthood, your dog will have jaws capable of exerting 328lb per square inch. Only the English Bull Mastiff is stronger in this respect.

At roundabout 15 weeks (3 months), your Rottweiler will start to leave pupdom behind, and by the time they reach 6 months, they’re ready to start puberty.

Taking this rapid early rate of maturity into consideration, it’s not surprising that a healthy Rottweiler pup can sleep between 16-22 hours a day. This level of inertness can seem worrying to a new owner, but it’s normal. You can tell when your dog has had a properly refreshing sleep with sufficient REM cycles because they will wake fully alert, ready to check out what’s going on with you.

As they get mature, Rottweilers will spend more time on their feet, and less time sleeping. However, you can still expect a healthy adult Rottie to sleep 12 hours a day.

And let’s not forget brain growth…

In your Rottweiler’s very large head is a very large, active brain. Rottweilers are exceptionally intelligent dogs, and easy to train because of this. They establish cause-effect relationships quickly and easily. They form connections between two things that appear to have a relationship (your smile and the appearance of a biscuit). They have good memories and learn from experience.

They can form strategies and work in teams with other dogs, even those not of their own breed. Rottweilers are good at reading human emotions and have more than enough emotions of their own to process.

Like their favorite humans, Rotties need quality sleep to function intellectually, which involves fitting insufficient REM cycles so that their brains defrag properly. Because they learn so fast, there is a lot of mental filing to be done overnight and well into the morning.

So, that’s a picture of what “normal” looks like. Now let’s look at what might make your Rottweiler pup sleep in ways you’re not expecting them to.

Experiencing heat for long periods makes them droopy. They have double coats of hair as part of their temperature control system, which initially evolved to keep them warm in wintry south-west Germany. They won’t completely wilt in temperatures above 68°F, but they can’t be left out all day when it’s warm.

Make sure they have plenty of water and have a sleeping spot (or their crate) in a cool spot in the house, ideally in the shade.

Do you know how you get sleepy after a large meal? Well, dogs are vulnerable to the post-lunch slump, too. Rottweilers are actually quite prone to over-eating and obesity, so their diet is something you need to keep a careful eye on.

As puppies, their main diet should come from good quality kibble, which will give them all the nutrients they need. You can introduce cooked meats in tiny proportions (like a garnish), one new item at a time so that they learn to digest it. The same goes for vegetables and rice.

It’s important to make sure you have a written copy of what your breeder has been feeding your pup so that you can be consistent, or introduce changes gradually. A change in diet can make your dog stress sleep.

Conversely, if they’re restless and struggling to sleep, then they might not be eating enough.

When bored, dogs sleep. What is there to do if you’re not around to investigate the world with them? When very little, they haven’t developed the confidence to get involved with new things and people without you there to report back to. Rottweilers love to play, but at their heart, they’re workers. They love having a job to do, even if that job is the relocation of all your cushions from one side of the room to the other. As a pup, your Rottie needs affection, training, and emotionally stimulating companionship. Every single day.

It’s absolutely adorable when they have learned to locate your shoes (barking until they’re strong enough to fetch them), or if they hold a garden hose for you, or learn the names of things you want them to find. However, because they love to learn and get involved in all your chores, it doesn’t feel like work to them. Therefore, they don’t know they’re tired until they abruptly hit the deck in their crate and adopt the pass-out position. Sometimes this is a nap, sometimes this is the beginning of their long daily sleep. They’ll rise after an extended snooze, having put their new learning in the memory bank, ready for a new day.

Your pup’s muscles are growing fast. They will feel big and strong, but there’s only so much they can cope with within a day. There’s a rough formula, which is that your dog should have, twice a day, 5 minutes of exercise for every month of their age.

So a 3-month old pup should be walked for 15 minutes in the morning and afternoon, or evening. If your dog has accompanied you for a half-hour stroll around the park, then you can expect them to fall asleep the moment they see their soft, comfy bed.

You might even need to carry them over from the front doorstep—remember what we said about Rotties forming intelligent connections and relationships between things?

When to be concerned

Right, so we’ve explained why your Rottweiler pup sleeps a lot at the best of times and covered a few reasons why they might be sleeping more than usual.

None of these situations need to worry you very much as they’re easy to address. However, keep an eye out for your dog sleeping longer than usual if you’re also noting any of the following:

If any of these combinations apply, then it’s time to take your beloved Rottie to the vet.

In conclusion, other than the worrisome prospect of illness (which comes with some quite obvious tell-tale signs), you have no real cause for concern if your Rottweiler pup seems to be getting in touch with their inner sloth. They will soon grow out of these seemingly endless naps. Until them, keep them busy, keep them healthily fed, exercise them briefly but enthusiastically, and keep them cool. 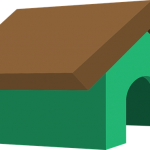 Why does my dog sleep or lay on top of me? 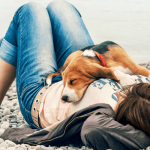