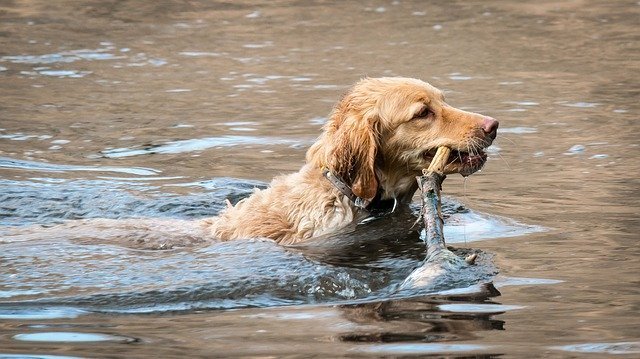 If your deaf dog seems to sleep a lot, it may be due to:

Do deaf dogs sleep more than hearing dogs? is a common question, both among owners of deaf dogs and those considering adopting a hearing-impaired pup. For some, that supposed quirk of deaf canines can be a deal-breaker. After all, most dog people want a lively companion, not a lazy pet that will sleep the day away. If they wanted that, they would get themselves a cat, right?

For others, however, a canine companion with a penchant for long naps would be an absolute blessing. Not everyone has the energy to walk or play with a dog for hours, but everyone’s life could be improved by the inclusion of a dog—and I stand behind that statement. But the question remains: do deaf dogs sleep more, or is that a myth?

The answer, I’m afraid, is a bit too complex to be answered with a simple “yes” or “no.” It is a result of many factors, starting with the cause of the dog’s deafness. That cause leads to consequences for the canine, which can be all sorts of unpleasant. But the good news is that with the right care, a deaf dog can lead just as rich of a life as a canine with unimpaired hearing, whether or not they sleep through a lot of it.

What Could Cause a Dog to Go Deaf?

A canine may lose its hearing for a number of reasons. Some common causes of dog deafness include (but are not limited to):

Depending on the cause of deafness, the answer to the question, do deaf dogs sleep more will differ. Sometimes, we will be able to easily re-invigorate a deaf dog. Other times, the canine may not even want or need any help.

A dog that has gone deaf due to old age will naturally be less energetic or inclined to play. An old canine will spend a lot of time napping or sleeping, whether or not it still has its hearing. So, yes, in that case, the answer to the question Do deaf dogs sleep more? will be a resounding “yes.” But that answer will not be applicable when talking about other causes of canine deafness.

A naturally-deaf canine companion, in contrast, will be both well-adapted to its state and more energetic than most. On the other hand, it will have to spend its lives overcoming the communication barrier between it and its owner, as well as other dogs. If we aren’t ready and willing to take the extra steps to help it in that regard (sign language is one such step), then the dog will start feeling isolated and unfulfilled.

That may lead to depression, which will inevitably make the canine resort to sleeping away its days. In that case, the answer to the question do deaf dogs sleep more will be “yes, but not necessarily.”

When a dog grows deaf due to illness, I can’t overstate the importance of regular check-ups and veterinarian visits. Infections can reappear, sapping the dog of its strength or even taking away the rest of its hearing in the case of partial hearing loss. A doggo that has lost its hearing later in life can also grow depressed if we don’t take the time to help it get used to its new condition.

It’s not its fault that it has special needs. There is no reason for the rest of its life to be an unhappy one.

A dog can also lose its hearing due to an injury, sometimes months or even years after the fact. An injury is similar to an infection, but with an even longer list of potential complications. Here we should take the same steps: regularly take our furry friend to the vet and listen to their advice. The better we do with overcoming the newly-formed communication barrier, the happier the dog will be.

And as we’ve already mentioned, for a depressed dog, the answer to the question do deaf dogs sleep more will be a definite “yes.” Changing it to a “no” will be up to us.

Consequences of a Dog’s Deafness

It goes without saying that a deaf dog will require more supervision than a hearing one. We should never allow a deaf dog to wander alone, for instance, as it won’t hear cars and other hazards approaching. For the purposes of this article, however, I will focus on the social consequences of a dog’s deafness.

While dogs predominantly communicate via nonverbal means, they do use sound to a degree. Think of whining or barking; a deaf dog, especially one that was deaf from birth, will have a drastically different perspective in regards to those acts. The canine will thus have trouble communicating what it wants or needs, especially to humans. On the other hand, we humans will also have a hard time getting our point across to the dog—whatever that point may be.

Social isolation is hard on anyone, but for an inherently social creature like a dog, it can be truly devastating. A dog needs a social hierarchy, whether in a pack out in the wild or with an owner in a loving home. Take that away, and its most basic instincts will end up stifled. The dog will grow either irritable or lethargic, just like a human living in a country where no one else speaks their language.

A dog yearns for contact, interaction, and positive reinforcement. A lack of hearing takes that away from it. If we don’t find other ways of giving the canine what it needs, then it will inevitably retreat into itself. If a dog sleeps for most of the day and is not old, then chances are that it is deeply unhappy.

But the good news is that most of the time, we can snap a dog out of that depression.

Help a Deaf Dog Get The Most out of Life

In my experience, two major factors will cause a deaf dog to withdraw from its owner: rude awakenings and the communication barrier. Here’s how to deal with both.

Rude Awakenings and How to Avoid Them

A deaf dog’s sleep will almost always be extremely deep. It doesn’t hear anything from its surroundings (or hears very little) and will likely doze off for as long as it needs, oftentimes longer. The first thing to keep in mind here is that abruptly waking it up will likely startle the dog. It may even lash out.

Wake a deaf dog abruptly enough times, and it may start forming a negative association with you—its owner and best friend, of all people. No one wants that, as it may cause the dog to withdraw even further. There is a simple way of getting around the sleep problem: simply wake the dog by filling up its food bowl and bringing it up to its face. Its sensitive nose will immediately pick up the scent, and the dog will awaken fresh and in great spirits.

As we all know, dogs are smart and have a knack for learning. What does that mean? Why, that they can learn sign language, of course!

I know; learning sign language can be a tremendous investment, both in terms of time and effort. But we won’t have to learn it all, just the bare minimum that we will need to carry over to our furry friend. “Playtime,” “food time,” “sleep time,” and the like are all commands that a dog will be able to learn easily. Of course, there’s nothing stopping you from inventing your own signals, but sign language already exists and is readily available, so there’s no real reason not to use it.

Even old dogs, who may prefer to rest anyway, will be thrilled to discover a new way of communicating with their owner and best friend. Canines are curious creatures, and many of them retain that quality well into advanced age. Giving them something new to learn may even reignite their passion for physical activity, if only for a little while. If not, then at least we can rest easy knowing that we haven’t given up on them.

In Conclusion: Deaf Dogs Can Be Helped and Motivated

So, do deaf dogs sleep more than hearing dogs, or is it just depression? As it turns out, in most cases it’s a sort of social withdrawal that results from confusion and isolation. And with just a little bit of extra effort and attention, we can reignite these dogs’ passion for life. As their owners and best friends, I would say that we certainly have that responsibility.