Why Does My Dog Sleep With Her Eyes Open? Here Is The Answer 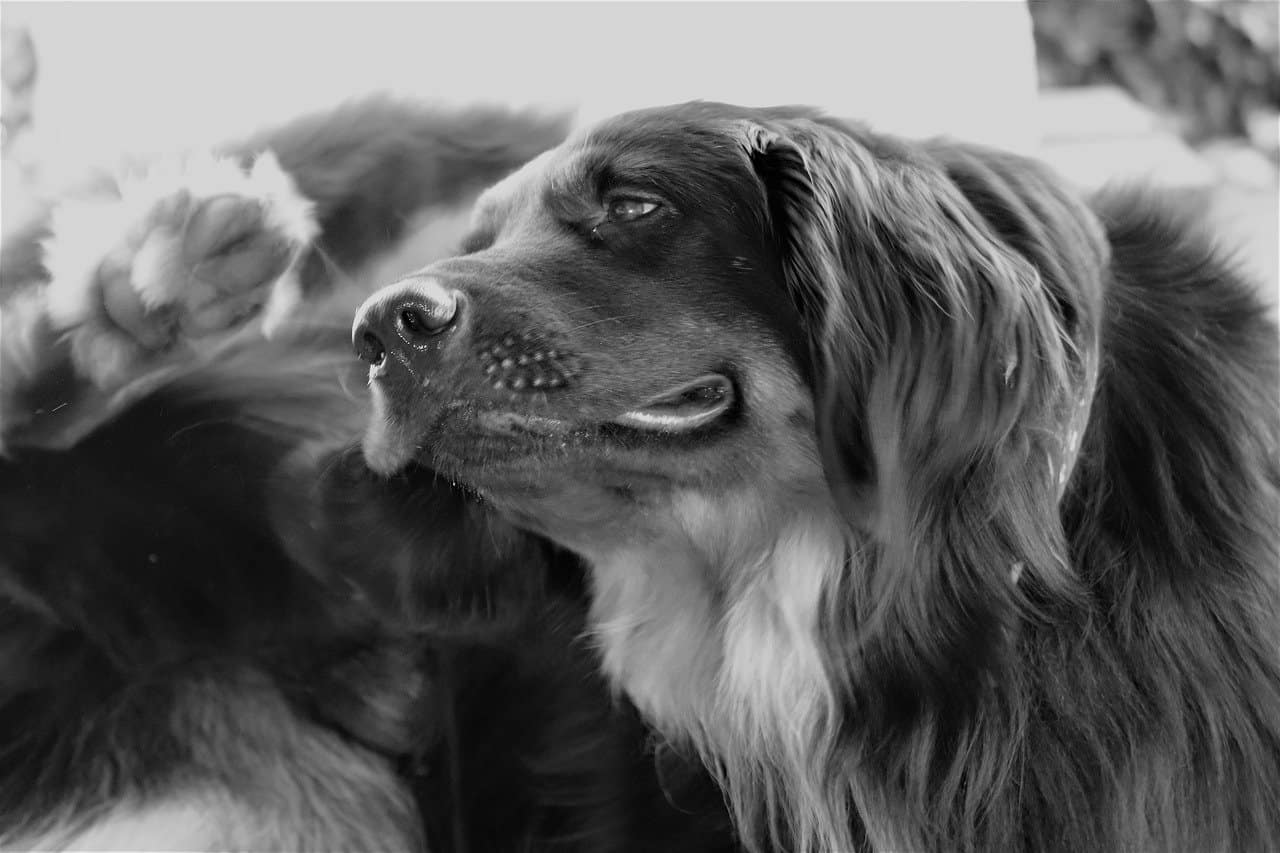 The question of Why does my dog sleep with her eyes open? may seem concerning to most dog owners. However, more often than not, the dog isn’t actually sleeping like that.

The third eyelid covers the eyeballs when the two other lids are closed (when the dog’s asleep, for instance). If you have a specific breed that has a more prominent third eyelid, .

Alternatively, the dog may be dreaming and has its eyes slightly ajar to stay vigilant in case there are some predators around. This trait, however, is slowly disappearing.

Finally, the dog may be having a seizure. In that case, though, its stare will be blank, and it will twitch, convulse, and snap its jaw. If it’s only dreaming, its expression will remain peaceful, and its stare relaxed.

Why Does My Dog Sleep With Her Eyes Open?

Sally was a welcome Whippet mix addition to my household, and she genuinely was the sweetest puppy I had ever seen. However, to this day, she has her quirks, such as running around the whole kitchen in the morning before I get her food and trying to fight my trousers. One of those quirks, though, had me worried for a bit since I never actually saw it in action before. So, I had to ask myself — why does my dog sleeps-on-his-back-what-is-the-reason/” title=”sleep”>sleep

with her eyes open?

This strange-and-hiding-a-unique-and-helpful-guide/” title=”strange”>strange “habit” of hers creeped me out a bit, as it didn’t begin happening until she was about six or seven months old. Given that I’m more than interested in everything dog-related, the question of Why does my dog sleep with her eyes open? kept me up at night.

Oh, was I wrong to worry! Indeed, there are three major causes of this, and only one of them may signify a more serious underlying issue. The other two are, as most dog quirks tend to be, simply innate!

Why Does My Dog Sleep With Her Eyes Open? Three Potential Causes

Why does my dog sleep with her eyes open, and should I be worried? — that was on my mind every time I saw Sally snooze in her little doggy bed. But I wouldn’t dare to try to wake her as she actually seemed so peaceful.

The reason I was so worried is that dogs tend to rely both on their eyes and noses throughout their lives, just like us. Back in the day, their eyes could make or break their hunting sessions, and poor eyesight could even make them the prey, not the predator.

Granted, they don’t have to do much hunting these days, but their eyes are still an important part of them. And because they are crucial to one’s standard of living, both humans and animals, such as dogs, have developed ways to protect them. One rather useful trick there is the third eyelid.

The eyelids and the eyelashes are meant to protect our eyes from any harm lurking in the air around us. The eyelids cover the eyes and make sure no foreign objects end up in them. On the other hand, eyelashes are there to pick up traces of dust and debris and prevent them from wreaking havoc in the eyes.

The difference between dogs and humans, though, is that canines have a third eyelid.

Now, don’t get me wrong — this isn’t exactly exclusive to them. Humans and some other animals have it as well, but since it’s not as necessary to us as it is to them (evolution-wise, at least), the eyelid has transformed into the little bumps we have in the inner corners of our eyes.

The third eyelid in dogs, though, is more visible than that, despite the fact it doesn’t have any muscle fibers. It’s actually a pinkish membrane that covers the eye when the dog’s main eyelids are closed. As such, it may only seem like the dog is sleeping with its eyes open. In reality, they are closed, but the membrane is covering the eyes to protect them.

The Purpose of the Third Eyelid

Although it may seem unnecessary, dogs need their third eyelid to keep their eyes in top-notch shape. The nictitating membrane (its real name) is a vestigial membrane, which means that it can cover only half of the eye.

Despite that, it performs various functions that allow it to not only protect but lubricate the eye. For instance, it protects the corners from any damage, dust, and debris. Furthermore, it helps clean out the eyes and push any dirt it collects into the corners. In essence, it acts as a windshield-wiper, but for the eyes!

What’s important to know is that depending on the breed, the third eyelid will be more or less visible. Usually, you can only tell where it is by looking at your dog straight into its eyes, human to a pup. However, some breeds may have a more prominent third eyelid. It’s usually those with small eyes and longer faces, like the Greyhound and Borzoi. Some dogs may also have fully clear or somewhat muted third eyelids.

Is the Third Eyelid Dangerous?

But should you be worried? Well, yes and no! If the eyelid is only visible when the dog’s asleep, and it makes it seem like it has its eyes open, there’s nothing to worry about. It should only come up when other eyelids are closed, and the eyeball has gone back into the orbit. As long as the third eyelid retracts once the dog wakes up, everything is functioning as it should.

If the eyelid is visible on other occasions, though, and not only when the dog’s asleep or has just woken up, you should take it to the vet. There is a variety of causes you may have to deal with:

The Dog May Be Dreaming But Still Needs to Stay Vigilant

Dogs start dreaming when they reach the deep sleep stage, but sometimes, they may still keep their eyes slightly open. That is yet another reason behind this strange trait that may have an evolutionary background.

Back in the day, to protect themselves from any potential predators lurking around, dogs learned how to keep their eyes slightly open while sleeping. That allowed them to stay vigilant and aware of their surroundings so that they could react promptly to danger.

Today, though, there isn’t much use in this evolutionary trait, and more and more dogs keep forgetting it. Since they’ve been domesticated and don’t have to protect themselves against predators, this ability to keep their eyes slightly open while snoozing away is not a necessity anymore.

Your Pup May Be Having a Seizure

Unfortunately, the question of Why does my dog sleep with her eyes open? can have a more sinister background. If you do catch your dog sleeping with its eyes open, it may not be dreaming but having a seizure. Since both of these have similar telltale signs, it can sometimes be a real challenge to determine if the dog is OK or not.

If your pup is dreaming, you’ll immediately know it by its facial expression. It should be rather peaceful and relaxed, without any twitches or sudden spasms.

In case of a seizure, its facial expression and eyes will be tense, and its stare blank. It may also be convulsing, snapping its jaw, and making distress sounds, like howling and moaning.

Seizures can be very frightening for dog owners, as most of us would want to help our dogs stop hurting. However, if the seizure is taking place, your best bet is to ensure the dog is safe and comfortable. Try to stay calm, and don’t panic when you see that it’s convulsing. The seizure will stop at some point, and the only thing you can do is wait it out.

Once the seizure is over, make arrangements to take the dog to the vet. If it’s a disorder, it will happen again, but only the veterinarian will be able to give you all the information you may need on how to handle it.

So, why does my dog sleep with her eyes open? I’ve kept a close eye on her over the years, and as far as I can tell, it’s her third eyelid that appears when she’s fast asleep. It’s very deceiving if you don’t know that it even exists, as it really does seem as if her eyes are open. In reality, the pinkish membrane simply covers the eyes while she’s in dreamland and retracts when she wakes up.

However, since seizures are common among dogs, I always check her facial expression when she’s snoozing away. Therefore, even though your pup may just have its third eyelids showing, I suggest you remain vigilant nonetheless and report any suspicious symptoms to your vet. 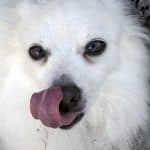 Why Does My Dog’s Tongue Stick out When He Sleeps?

Do Dogs Like Playing in Ponds? Is It Yes Or No? 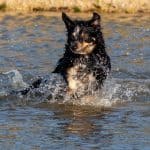