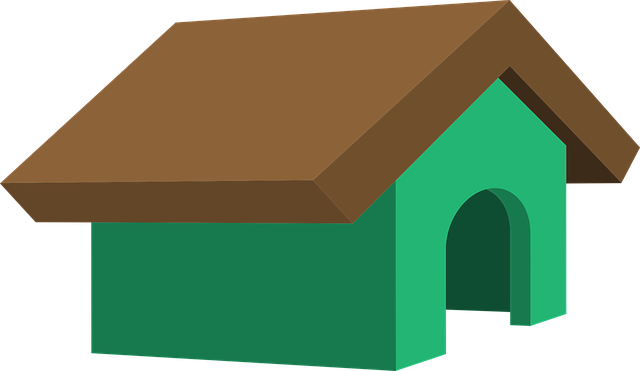 Can dogs live in outside kennels? Yes, they can, but it’s going to take lots of training, hard work, and dedication before they feel comfortable enough.

Ever since people started keeping dogs as pets, they’ve had different opinions on where pooches should live. Some argue that dogs have to live inside, while others say that it should be outside. Well, I’m here to settle that debate once and for all, and answer the age-old question: Can dogs live in outside kennels? Read on to find out.

In theory, yes, all dogs can live in outside kennels, but that’s going to depend on a bunch of factors. It’ll depend on your dogs’ breed, age, temper, medical conditions, the climate, and so much more. Let me try and break that down more.

For example, Siberian Huskies and Samoyeds have really thick fur, and they’re just all-around fluffballs. But they’re also used to living in harsher climates, and they usually don’t mind sleeping in a kennel when it’s cold outside. On the other hand, if it’s 100°F outside, your fluffy dogs might need some help cooling down.

I also want to point out that older pooches or those with health issues might have trouble adjusting to living outside. Dogs with anxiety or specific medical conditions might want to have you around all the time, to provide comfort.

Another thing that’ll determine whether or not your dogs can live in a kennel outside is you. Your little tail-waggers don’t want to live in a rundown, dingy kennel that’s always too wet, too hot, or too cold. So it’s up to you to make the kennel as comfortable as possible, but I’ll get to that later.

Keeping Company in Outside Kennels

As you know, dogs are social animals that usually love being around people or other animals. If they’re used to living in a busy home and are now in a kennel all alone, they might not take it well. In fact, they might feel like you’re punishing them for something, and they can start stressing out.

Again, it’s up to you to make the kennel as inviting as possible. For starters, you have to keep up with your daily walking schedule. You should also play with your pooches as often as you can.

Now, having another dog in the outside kennel is an excellent idea, but only if you follow certain rules. For one, you have to ensure that both dogs have enough space to walk around freely. They shouldn’t feel cramped or like they’re sitting on top of each other. If your pups feel like they have nowhere to go, they can become anxious, and even turn aggressive.

Luckily, there’s a pretty easy fix to this problem. If you plan on having more than one pooch, get a bigger kennel, preferably one with two doors. That way, each dog will have their own space, and not be on top of each other.

Which Breeds of Dogs Can Live in Outside Kennels

Our Top Picks
For your convenience, we have picked out our three best buy dog kennels for you directly from Amazon.
[amazon box=”B01MTA1YZB,B01M8K4276,B076GZWWDK” template=”list”]

Just because you know the answer to the question can dogs live in outside kennels, that doesn’t mean you’re done learning. You see, I’ve been doing this for a long time, and every time I’ve asked someone else which breeds can live outside, I’ve gotten different answers. The reason for that is there’s no one-size-fits-all solution.

For example, someone told me that guard dogs and dogs with lots of furs can always be kept outside. But what if you live in a place that’s really warm and hot all year long? Well, keeping your fuzzy and furry dogs outside all the time probably isn’t the best idea.

Nevertheless, some experts say that bigger dogs, such as German and Anatolian Shepherds, Siberian Huskies, Alaskan Malamutes, and so on will do better outside. On the other hand, smaller dogs like Chihuahuas, Pugs, and Shih Tzus might not do so well. That’s because their little bodies have a tougher time regulating heat.

There’s also a theory that dogs will do much better if you settle on putting the kennel either inside or outside, and not moving it. Supposedly, if they’re trained to be in the outside kennel, you shouldn’t let them inside. While I agree that structure and discipline are really important, especially when your dogs are young, it’s not always the best choice.

Sometimes, due to weather conditions or some other factors, it won’t be possible for your pooches to stay outside. And if that’s the case, my advice is to bring them inside for as long as it takes for the situation to improve. Again, while it’s important that your dogs know their place, you shouldn’t let them freeze or boil outside just for the sake of training.

Now that I’ve answered the question can dogs live in outside kennels, it’s time to talk about actually training them. If you want to make the process go as seamlessly as possible, it’s best that you do a few things beforehand.

For one, you have to try your hardest to make the kennel feel like home. Your dogs need to understand that it is a safe space and that it’s their own nook. But they won’t quite get that unless you put in the work.

For example, if your dogs have a favorite blanket or toy, make sure that it’s the first thing to go in the kennel. You should also fill it with other things that make your dogs feel happy, like more toys, for example.

Of course, you also need bowls of food and water inside the kennel. If it’s colder outside, it’s a good idea to get some high-calorie, high-protein food. You should also often check if there’s enough water in the bowl or it needs to be refilled.

But the most important part of kennel training has to do with meeting your dogs’ social needs. Even though your pooches are outside, they still need to get out of the crate and take walks to burn off energy.

What’s more, no matter how big or small, your dogs will always want love and affection from you. So while you’re kennel-training, make sure to give your dogs lots of hugs, kisses, and pats on the head. A good boy/girl every once in a while also wouldn’t hurt.

As I mentioned earlier, the most important thing when it comes to kennel training is helping your dogs understand that it’s a safe place. But if they’re still feeling overwhelmed, there are some things you can do to remedy the situation.

My first suggestion is to be there and provide lots of support for your furry friends if they’re feeling anxious. Make sure that your pooches feel safe and comfy in their new home before you leave.

I also don’t recommend using chains or leashes to tie your dogs up in the kennel. Doing so can cause lots of behavioral issues, and it’s a potential safety risk. If your dogs get excited or scared, they might try to break free from the leash, and hurt themselves.

When in doubt, it’s much better to secure your backyard than the dogs. That’ll also help teach your pooches about space and boundaries.

I also want to get back to what I mentioned earlier, and that’s keeping your dogs outside when the weather’s really hot or cold. If you feel like the temperature’s too harsh, bring your pooches inside, where it’s nice and pleasant. Just because certain dog breeds can withstand extreme weather conditions, it doesn’t mean that they always have to.

For example, if your Husky or pug is excessively panting, drinking too much water, and not eating, bring it inside where there’s AC. If your Pit Bull Terrier or Labrador is outside shaking in the cold weather, you should do the same.

During the kennel training, your dogs will let you know how they’re feeling with body language and barks. For example, if your pooches are feeling happy and safe, they’ll probably wag their tails, and jump up and down. They might also tilt their heads, and assume a natural (relaxed) pose with their ears.

However, if your dogs are under stress, they’ll let you know by barking excessively. Your dogs might also whine and growl, which are telltale signs that something’s wrong. Another sign that your dogs aren’t happy is if they start chewing on the things inside the kennel or even the kennel itself.

If you see your dogs exhibiting any of these nervous types of behavior, it’s your job to reassure them that everything’s fine. Give your furry friends some extra treats, belly rubs, and a couple of toys. As long as you’re consistent in your behavior, your dogs will adjust to living in a kennel eventually and stop chewing/barking/whining/growling.

So… Can Dogs Live in Outside Kennels?

To answer the question, Can dogs live in outside kennels? once and for all — yes, they can. But they might not like it first, so it’s up to you to train them, and reassure them that everything’s alright. And if you ever feel like the weather’s not right or there’s something stressful going on outside (like fireworks) bring your dogs inside. After all, there’s no reason to make yourself and your dogs feel unnecessarily anxious.

link to What To Do When a Dog Refuses to Walk

When your dog refuses to walk, it can be frustrating. But before you can get them walking again, you need to know why they have stopped. Common reasons dogs stop walking include pain, tiredness,...

Everybody loves Golden Retrievers and it’s not hard to see why! This friendly, enthusiastic dog consistently ranks amongst the top 5 breeds on the American Kennel Club’s annual list of most...