My Dog Wants to Play All the Time — What Should I Do?

Have you ever asked yourself, What does it mean if my dog wants to play all the time? Here are the most likely answers:

My Dog Wants to Play All the Time — What Should I Do?

My dog wants to play all the time — what am I supposed to do about that? After many restless days and nights with my best buddy, I had to ask myself how I could help him.

I couldn’t blame my pooch for wanting to be around me every second of the day, . But as time went by, I was slowly realizing that this behavior isn’t common among my friends’ dogs. I mean, sure, this is typical puppy-like behavior, but my dog was no longer a puppy at that point.

Of course, I knew that in such situations I shouldn’t panic. Instead, I decided to keep calm and look into what was causing this behavior and find out how to fix it.

To my surprise, I discovered that this attention-seeking could be linked to a much bigger issue. And if I had allowed it to go on for years, it only would have gotten worse. So, I knew that I needed to research:

What Is the Issue With Overly Attention-Seeking Dogs?

The first and most obvious answer to this question is that dogs who constantly seek attention are just bored. Perhaps all those walks I took my best buddy on weren’t long enough, or maybe I didn’t provide him with enough mental stimulation.

The second option is that I didn’t give him enough attention, which I immediately checked off the list — I knew that I had been giving him loads of it, perhaps even more than I should have.

Yet another possible еxplanation was that my dog could be suffering from severe insecurity issues. And by constantly seeking my attention, he really just wanted to feel safer and more comfortable. So, being extremely attached to my buddy, this would have been the toughest one for me to swallow.

Now that I had all of these possibilities laid out before me, the obvious next step was to ask myself:

Am I Encouraging My Dog’s Bad Behavior?

Unknowingly, I was probably encouraging my dog’s bad behavior for much longer than I would like to admit. Every time he would drop a toy next to me unprompted and look me straight in the eye, instead of saying no, I would refuse him by petting him. This only served to encourage his overly-playful behavior — a consequence I had never even considered. And once I figured it out, I thought to myself ‘No wonder my dog wants to play all the time!’

Of course, we’re all smarter in hindsight, but this isn’t to say that any of you should feel bad if you did the same thing. There’s nothing irreversible about this — in the worst-case scenario, it might just take you a bit longer to correct your dog’s behavior.

My personal motto is that you can’t blame those who didn’t know better. You can only blame the ones who did but kept repeating the same mistake anyway. Having accepted that I must have accidentally led my dog to believe it was okay for him to act playful all the time, I knew it was time to solve the issue. So, I asked myself the following question:

How Can I Stop This Behavior?

First, I considered the possibility that my best buddy wasn’t getting enough exercise. So I started taking him out for walks, three to four times a day, Monday to Sunday. Thоse weren’t regular walks, either — I was playing lots of fetch with him and making him run and jump around.

I did all of that in an effort to completely exhaust him. Surprisingly, I immediately noticed a difference. Instead of constantly being around me, wagging his tail, I’d often find him sleeping peacefully on the couch. Now I was certain that I was going in the right direction.

Additionally, I started rewarding him every single time he would do something ‘good;’ something I wanted him to do. This type of positive reinforcement is essential — without it, your dog won’t know whether what it’s doing is a good or a bad thing.

On the contrary, I made sure to completely ignore him if he did something ‘bad’ or something I did not ask him to do. As I’ve already explained, even a small gesture like a pat on the head may lead your dog to believe that it’s completely fine for it to keep repeating the same ‘bad’ and unwanted action.

Also, I knew that telling my dog off would give him attention — and this is something you should avoid altogether. Remember that you need to completely ignore your dog. Once it realizes it won’t get your attention by misbehaving, it will stop trying. Then when it does, make sure to reward it.

All in all, encourage desirable actions and ignore those that aren’t. Don’t be frightened if the behavior escalates before it stops — it’s actually quite common.

As I’ve already mentioned, nothing’s irreversible; it may only take you a bit longer than it took me.

If your dog wants to play all the time, there’s no need for you to worry. If you’re uncertain why it’s behaving that way, in 90% of the cases it’s only due to one of the reasons I listed above. Just make sure that you tackle this behavior on time so that it doesn’t take you years to reverse it.

Remember that dogs don’t mean any harm to anyone; they just do what they think is acceptable or what you allow them to do. They simply act by the rules and boundaries you set for them.

It was only recently that I, too, was asking myself ‘What should I do if my dog wants to play all the time?’ Now I’m here to reassure you that with a little bit of research and patience, you will resolve your buddy’s overly attention-seeking behavior in no time. 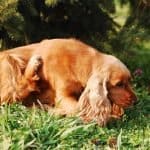 Inside Dog Suddenly Wants to Stay Outside

My Dog Follows Me Everywhere and Stares at Me 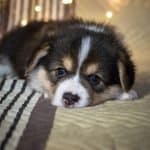