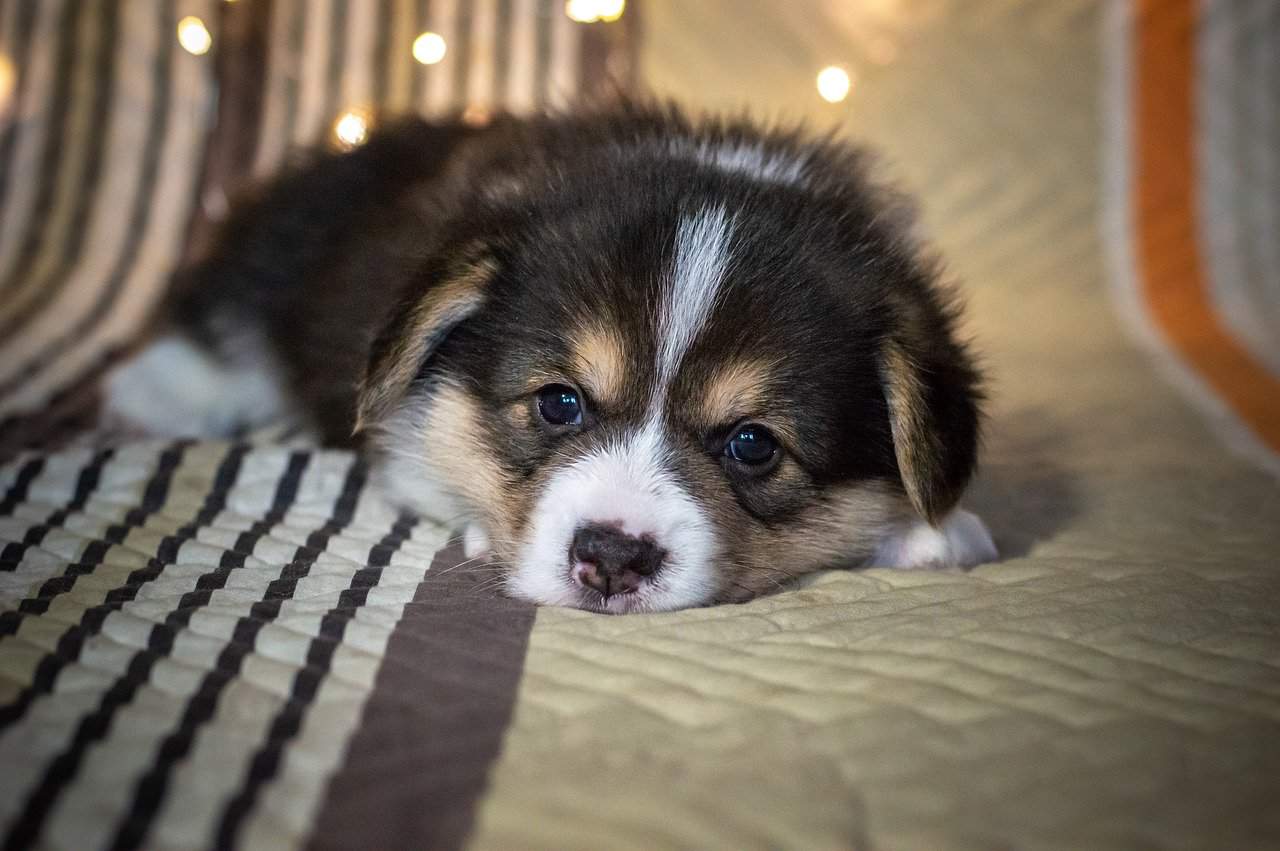 Here is what my pup’s vet says about why my dog follows me everywhere and stares at me:

When I got my pooch, I was beyond ecstatic, and I couldn’t get enough of my new furry friend. We were spending every waking moment together, getting to know each other, cuddling, playing, and going for walks. However, my dog has grown particularly attached to me lately. Not only is it annoying that my dog follows me everywhere and stares at me, but I worry that something is wrong with him.

Wanting to get an explanation for my pup’s strange behavior, I’ve consulted the vet. It turns out that it is a question the doc answers on a regular basis and that, at one point or another, puzzles all of her patients’ owners. Here is what my pup’s vet says about why my dog follows me everywhere and stares at me: 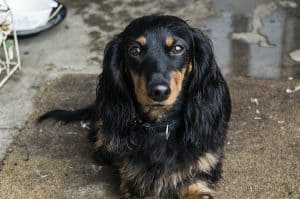 Wanting to know more about why dogs go through such changes in their behavior, I asked the puppy doctor to give me more details about each cause. Here is how she explains it.

It Is the Canine Nature

Pups that never leave the side of their owners have a humorous pet name — “Velcro dogs.” In most cases, the reason for their odd behavior lies in the dogs’ genetic makeup.

If we notice that our dogs are constantly attached to our hips, we should blame it on their nature. That is particularly true for specific varieties that are bred to keep people company, such as hunting or working dogs. But it also applies to other dog breeds, as they all have an innate pack mentality.

So the strange behavior that we see in our pooches stems from their instinctual drive to shadow us wherever we go. That is also why they keep a keen eye on what we do so that they could get involved and lend a helping hand. The good news is that we shouldn’t worry about it. Instead, we should be happy that our doggies consider us one of their pack!

If we get our dogs as cubs, the chances are that we will notice them waddling after us pretty soon. In fact, we should expect that from puppies that are anywhere from three weeks to six months old.

Young dogs tend to follow their humans around and watch their every move. The reason is that, at this stage, they identify their owners with their mothers and instinctively look to them for nutrition, comfort, and security.

But these young pups also look at their owners as their role models throughout this phase. Basically, they are learning how to be dogs and are getting to know the world around them through adults. That is why this period is ideal for introducing the pup to other canines, new people, and small kids.

All of the above is scientifically known as the imprinting process, and it is common in most animals in their formative months. When the puppy is stable enough to explore its environment, and it develops the necessary cognitive skills to notice the behavior of the mother dog (or the owner mom), it starts following in their footsteps and mimicking their behavior. Therefore, there is no better time to start teaching the puppy some house rules. 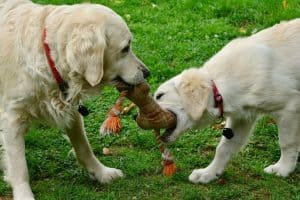 The Need for Positive Reinforcement

At first, the fact that our dogs are shadowing our every move and we can’t seem to escape their intent gaze may be adorable. But trust me — it can quickly go from endearing to irritating, especially if we are always tripping over our pooches.

However, once we start training our furry buddies, they could get into a habit of following us around even more than usual. What happens is that they get used to treats and snacks, pats on the head, and other signs of affection. Apparently, that is why my dog follows me everywhere and stares at me.

What I learned from the vet is that I should stop encouraging my pup with excessive praise. Frankly, it scared me when the doc pointed out that my temporarily needy buddy could turn into a permanently clingy one. So I decided to tone down the use of treats and reserve them only for significant improvements in training.

The Unhealthy Form of Attachment

Sometimes, dogs fixate on only one person from the whole family. Usually, it is because they recognize that individual as the primary source of food, affection, or fun. That is particularly common in dogs from animal shelters, especially those that suffered abuse or have abandonment issues. They seek our attention and become dependent on our company.

When those pups realize we love and care for them affectionately, they don’t want to leave our side. We need to make sure they don’t get excessively glued to us, as it can lead to more serious issues down the road.

For the sake of the pup’s mental stability and independence, all members of the family must devote an as equal amount of attention to their pet as possible. Everyone should take turns taking the pup to the dog park or giving him meals. It is equally imperative that the whole family spends some time during the day playing with their doggie.

Sometimes, a change in the doggo’s behavior could be a cause for concern and indicate that something else is the matter. A more serious underlying problem could hide behind the pup’s clingy behavior. Most commonly, it turns out to be separation anxiety.

Although separation anxiety will cause our dogs to seek our company more, other signs also point to that diagnosis. In fact, not only will our dogs want to spend time with us but we will also act out when we are away. Anxious dogs don’t handle solitude well and tend to misbehave and become destructive when they are on their own.

Dogs that spend ample time glued to their owners are more likely to develop separation anxiety, but that is not set in stone. Particular breeds are naturally more susceptible to it, such as Border Collies, Poodles, and Cavalier King Charles Spaniels. If you have one of the breeds prone to this disorder, you should teach them how to be alone early. 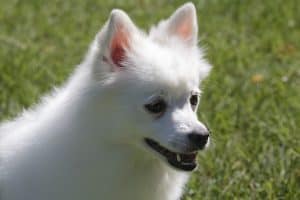 What Should I Do When My Dog Follows Me Everywhere and Stares at Me?

If we think that our doggies’ behavior is more than their natural predisposition and they are not young enough to be imprinting, we should deal with the problem on time. To hinder unhealthy attachment and the onset of separation anxiety in our pups, here is what the doctor orders.

Our puppies greatly benefit if we introduce them to other people, children, and other pets at a young age. They will be more comfortable around strangers and may even seek solitude when the crowd overwhelms them. That is invaluable in teaching our dogs’ independence. Plus, they are unlikely to grow overly attached to us that way.

Obedience training and housebreaking the pooch is essential. But crate training is the best option for dogs with separation anxiety.

Spending time alone in the crate is not a punishment but an effective teaching method. We should put plenty of chew toys and a treat or two in the crate. That way, the pup will associate it with something positive and enjoyable. To curb separation anxiety disorder in our pooches successfully, the vet also advises to slowly increase the time our dogs spend alone in their crate.

Fortunately, the fact that my dog follows me everywhere and stares at me is no cause for concern. Apart from having to moderate his treats, all is good. But I learned a lot from my doggie’s vet, and hopefully, so did you. Thanks to her tips, we will know how to prevent this behavior from progressing into a more worrying condition.

link to Why Does My Dog Dig on Me and How Do I Stop This Behavior?

When some doggies jump in their owner’s lap, they start digging on them. Are you too wondering Why does my dog dig on me? This behavior shows that your pooch may be: ...

Continue Reading
link to How to Stop Dogs From Digging to Escape: Why They’re Doing It and Prevention Methods

Here are a few tips on how to stop dogs from digging to escape:   Find the root cause (excess energy, lack of mental stimulation, fear, anxiety,...

I am an associate for Amazon and Clickbank and receive a commission on products sold. I also have Google Ads displayed on this website for which I receive commissions.