What does it mean when your dog watches you sleep 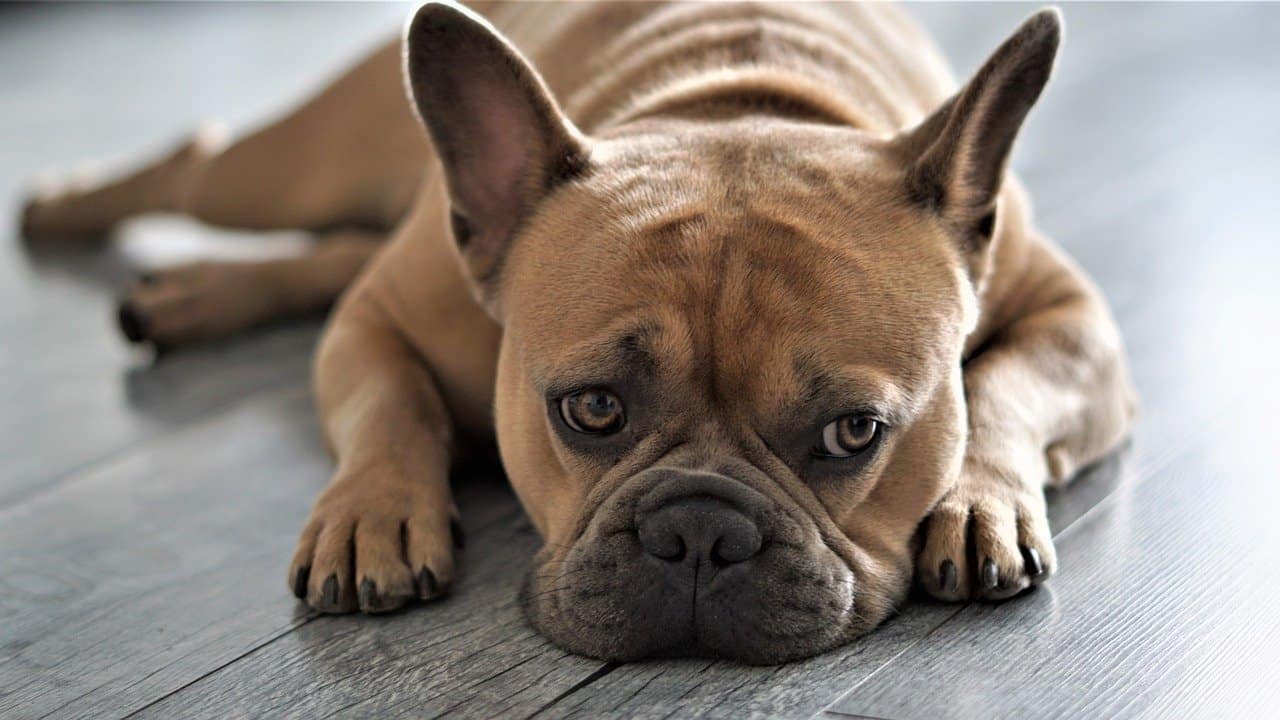 More often than not, the answer to the question of why does my dog keep watching me while I sleep lies in its need for attention. Whether it wants food, a pee break, or is feeling stressed, a dog will do everything in its power to let us know what it’s feeling.

Recently, I’ve been having some trouble sleeping and I keep waking up in the middle of the night. Every time I do, I see that my dog’s just glaring at me. At first, I thought nothing of it, but it’s been bugging me a lot lately because it won’t stop. So I set out on a mission to answer the question of why does my dog keep watching me while I sleep.

After a quick consultation with the vet, I found all the possible reasons for my conundrum. Here they are.

Why Does My Dog Keep Watching Me While I Sleep?

Some people think that their dog’s stares in the middle of the night are creepy, but it’s actually nothing out of the ordinary. Just like a bark or a tail wag, a stare is a way for dogs to communicate with their owners. They’re usually trying to tell us how they’re feeling or what they need from us.

Once I got completely in tune with my dog, I was finally able to answer the question of why does my dog keep watching me while I sleep. Not only that, but I managed to correct the behavior and now both of us sleep soundly through the night.

The Dog Is Reading the Situation

Most often, when a dog is peering into our eyes, it’s trying to read us. In essence, the dog wants to figure out what our next move is going to be. By paying attention to our gestures and even our breathing patterns, a dog wants to learn more about us. That way, it can better predict our moves in the future.

For example, if we toss and turn while we sleep, by glaring at us, a dog is simply trying to understand what’s going on. Or it might be waiting for a command or even a snuggle; which brings me to my next point.

As we all know, some dogs are more clingy than others and want to be pet all day long. Some want kisses, while for others, a simple pat on the head is more than enough. But if we indulge them in this kind of behavior all day long, it’s only natural for them to expect it during the night as well.

I know that it’s almost impossible to resist cuddling up with our pooch, but it’s for the best. While giving a dog a pat on the head in bed isn’t necessarily bad, it might interpret it as playtime. If the dog starts thinking that the middle of the night is a great time to play, we’re in trouble.

While some dogs are motivated by attention, others put a higher premium on food. For example, I know that my dog would stop at nothing to get a treat during the day. With that said, staring is usually the least of my problems.

On occasion, my dog will start jumping up and down or even barking when she sees that I’m holding food. Even if the food isn’t meant for her, it doesn’t mean that she’ll stop asking for it. When she wants snacks, my dog will usually have a silly grin on her face, sometimes followed by the drool.

So if I wake up and see my dog drooling from the corners of her mouth and staring blankly at me, it means that she wants food. Of course, giving in to such behavior is a terrible idea. That’s because, if we do it even once, the dog will never leave us alone.

The Dog Is Stressed Out

If we’ve ruled out cuddles and snacks, another possible answer to the question of why does my dog keeps watching me while I sleep is stress. Some dogs, particularly rescues, have trouble sleeping through the night. Of course, not being able to get their catch the much-needed zzz’s will stress them out, so they’ll look at us for reassurance.

Also, our dog might be having trouble falling asleep if something scary happened during the day.  If it isn’t feeling safe in its environment, we need to do what we can to reassure it that everything will be alright. In my case, a couple of ear scratches always solve the problem.

The Dog Is Bored

A dog might be staring at us while we sleep if it hasn’t spent enough of its energy during the day. If that’s the case, increasing the number of walks, along with some quality playtime, should fix the issue. Exercising daily with our dog will help improve its overall health and quality of sleep.

The Dog Wants to Go Outside

Unlike cats, dogs aren’t nocturnal animals and they tend to do their business before going to bed. However, some dogs, particularly older ones, might have problems with bladder control. They could also have a UTI or kidney stones that are making them pee more than usual.

So if a dog is staring at us while we sleep, it might be telling us that it’s time to go outside. Even though getting up in the middle of the night to let a dog go pee is pretty annoying, it has to be done. Otherwise, the dog will become stressed out and might even pee somewhere in the house.

But there is an alternative solution to this problem and it involves training a dog to pee in a litter box. If we start teaching it while it’s still a pup, using a litter box is an excellent way to avoid having pee emergencies.

The Dog Is Afraid or Untrusting

I recently learned that some dogs can have trust issues, especially those that have suffered abuse or abandonment. They don’t feel comfortable falling asleep because they fear that something bad will happen to them.

If that’s the case, the problem won’t go away until we make the dog feel safe. But if it’s timid, we shouldn’t force affection onto it.

Instead, we can, slowly and over time, prove to the dog that everything will be alright. As soon as it feels safe again, the dog will have no problem sleeping through the night.

The Dog Has a Strange Fixation

Another possible answer to the question of why does my dog keeps watching me while I sleep is that it might have a medical problem.

Some dogs often fixate on inanimate objects, or even shadows and walls. While this sort of behavior is usually nothing to worry about, there is a reason for concern if it goes on for too long. If a dog spends hours on end staring at us while we’re sleeping, it might have some abnormal brain activity.

Also, if a dog stares at little specks of dust floating through the air, it could mean that it has vision problems. The best way to handle this situation is to take the dog to a vet. They can figure out if the problem is medical or psychological and prescribe a treatment plan if need be.

Why Does My Dog Keep Watching Me While I Sleep? How to Solve a Staring Problem

Even if we’re not entirely sure what’s causing the staring problem, there are a couple of things that we can do to try and solve it. When we notice that our dog is glaring at us in the middle of the night, we have to put an end to the behavior. The best way to do it is by redirecting the dog’s attention to something else. For example, giving it a toy to sleep with might help fix the problem.

Another thing that helped my dog and I sleep better is sharing a snuggle in bed. When I figured out that she was just feeling anxious, a quick scratch behind the ear solved the problem. After a while, once it got more used to my presence, my dog would sleep through the entire night.

It’s important to remember not to lash out and get upset in these situations. While I share the frustration, I know that yelling at a dog won’t fix the problem. Instead, it might make it even worse and cause the dog more stress.

Why Does My Dog Keep Watching Me While I Sleep? Final Thoughts

One thing I’ve learned while researching my dog’s strange staring habit is that there’s no one answer. Some dogs want our affection in the wee hours of the night, while others need to go outside.

With that said, if none of these options provide an answer to the question of why does my dog keeps watching me while I sleep, it could be time to take it to a professional, like a vet or a dog trainer. They can help us tackle the problem and put our minds at ease. 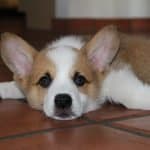 Why Does My Dog Keep Scratching and Biting Herself? 7 Reasons Why. 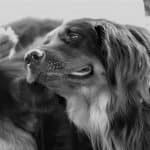