Can You Teach a Dog to Bark at Strangers? 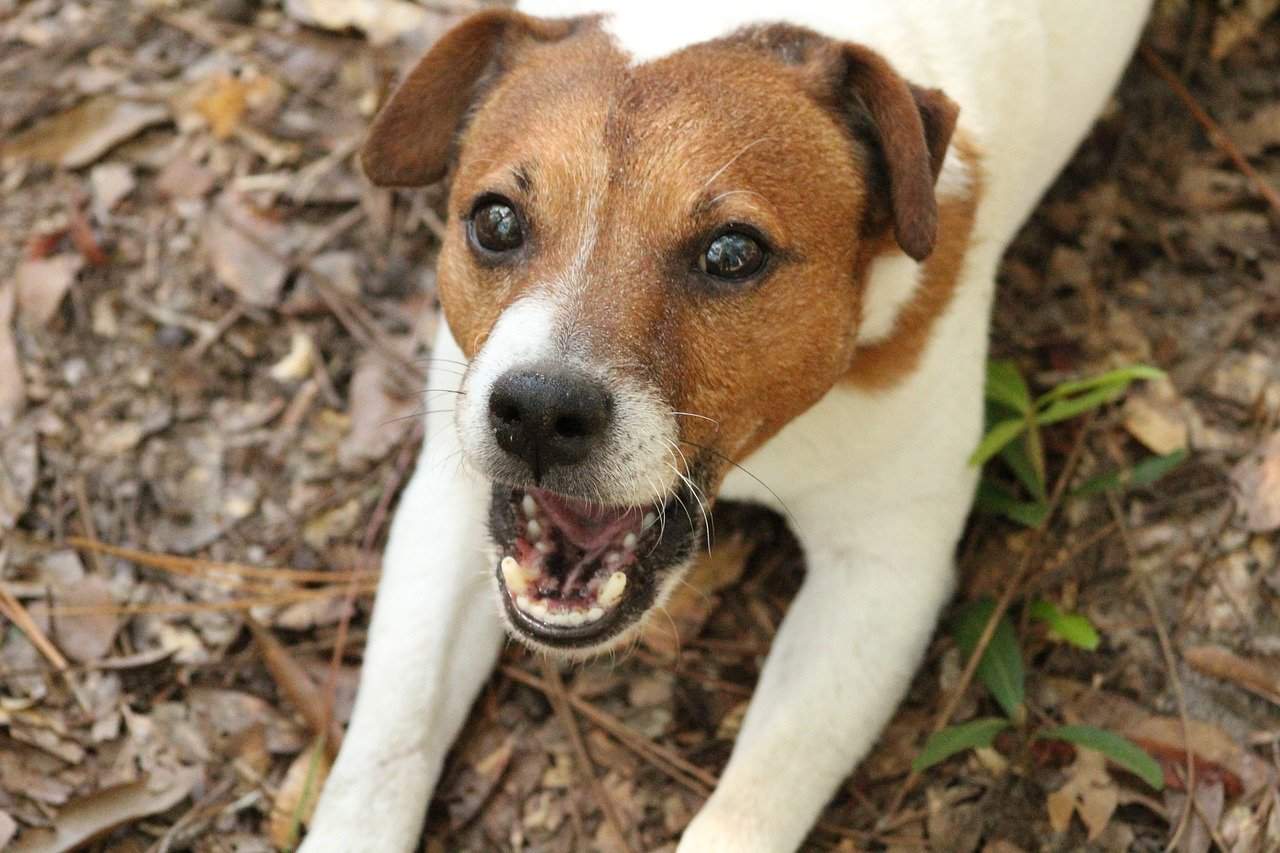 Let’s be honest — most dog owners will be surprised by the title of our article. Considering that most of us struggle with keeping our pups quiet, can you teach a dog to bark at strangers seems counterintuitive.

How many times have we all prayed for our dogs to calm down and stop barking like madmen at postal workers, neighbors they don’t know, or passersby? Probably too many. However, we have to consider the advantages of teaching our dogs to bark at strangers. If we do, no one will ever be able to sneak up to us or our house again. Granted, that sounds like both a blessing and a curse.

Can You Teach a Dog to Bark at Strangers? Why Do Dogs Bark?

barking is as natural to dogs as talking is to us. It’s one of their main channels of communication, and it helps them express their feelings. What some of us consider to be a noisy nuisance, our dogs see as a way to tell everyone around them that they are:

So, as we can see, our dogs are trying to tell us a lot by barking. Some of these communication attempts may even come in the form of excessive barking. Most first-time dog owners find that confusing. But barking is usually followed by other symptoms, which makes understanding what the dog is actually trying to communicate a bit easier.

Either way, we usually try to get our dogs to be quieter. So why would we want to teach them to bark on command?

Can You Teach a Dog to Bark at Strangers on Command?

So the question on everyone’s mind today is, “can you teach a dog to bark at strangers?” Here’s a definitive answer — of course, you can. Turning a behavioral problem into a useful trick isn’t easy. However, we can train our dogs to do pretty much anything, as long as we’re consistent with training and positive reinforcement.

Can You Teach a Dog to Bark at Strangers? Why Would We Want That?

Teaching a dog to bark at strangers is useful for several reasons. The primary one is, most commonly, safety. If we have a yard dog, we can quickly turn it into a guard dog with some training.

Our dogs have a much better hearing than we do. What’s more, they are more alert to any intruders in their space. Of course, they may have a different outlook on what “intruders” actually are. When we say “intruder,” we think about thieves and other ill-willed people. On the other hand, our doggo might believe that a squirrel counts as an intruder as well. So teaching a dog to bark at strangers also includes teaching them to differentiate between threats and non-threats.

Can You Teach a Dog to Bark at Strangers Through Positive Reinforcement?

Absolutely. In fact, all methods usually include positive reinforcement. The most important method of teaching your dog to bark at strangers is utilizing their natural bark. Also, teaching them when to bark and when not to go hand in hand.

We need to teach our dogs commands such as “speak” and “quiet,” so they know when to do what. If we just randomly yell at them to shut up or bark, we won’t be successful.

Teaching a Dog to Bark on Command

There are several methods with which we can achieve this. However, no matter which one we’re using, the general rule is to utilize their natural bark, introduce verbal cues that will become commands, and then reinforce the behavior we want to encourage by giving treats. Easy, right?

Method #1 — Can You Teach a Dog to Bark at Strangers at Home?

The first method is relatively simple. It relies mostly on utilizing natural bark. So what do we have to do?

I Got My Eye on You

We have to watch our dogs for a while and figure out when they naturally bark. Knowing in which situation the bark naturally occurs will help us plan training sessions. Most dogs usually bark when they are excited about food or walkies. So we can establish our training sessions before those times and even use food and walks as a reward later.

Now, the next step is verbal conditioning. When we see that our dogs are about to start barking, we issue a verbal cue. We can use the words “speak,” “bark,” “talk,” or anything else that we deem appropriate. The most important thing is that we don’t yell the command at our dogs. Using a playful or neutral tone is a must.

Of course, the playful tone will probably get us where we need to be going much faster, as most dogs enjoy playtime. But if you have a dog that’s easily excited, and you think they might start barking their heads off, thus ignoring all following commands and steps of training, it’s best to go with a neutral tone.

Use this opportunity to also teach the dog verbal cues like “quiet” or “stop.” The barking cue mustn’t trigger an endless barking session. We want our dogs to alert us to strangers, not bark all night.

Every successful bark that follows our chosen command should be rewarded. Don’t be stingy with those treats! We need positive reinforcement for this training to work.

Strangers in the Night (and Day)

We need to practice the previous steps with our dogs every day. Once they get the hang of it and start barking whenever we say the verbal cue, then we can start teaching them to bark at strangers.

Go for a walk with your dog and issue the verbal cue every time a stranger approaches. Of course, bring treats so you can reward the new positive behavior. Don’t forget to issue the verbal cue for the dog to stop barking as well. Most will stop as soon as you offer the treat to reward the commanded bark, but if they don’t, you’ll have your second verbal cue to fall back on.

Method #2 — Can You Teach a Dog to Bark at Strangers Outside?

This method, on the other hand, is ideal for guard dogs. Any dog can be a guard dog, as long as you’re consistent with the training.

Of course, the best way to go about this method is if you keep your dog on a leash. If you have a particularly obedient dog that won’t go running off every time it sees something interesting, then you can forgo a leash. Still, because you’re trying to encourage a new type of behavior, it’s probably best if you keep the dog tethered.

For this method, you’ll either have to ask your friend to help you out or rely on passersby. If you live in a busy neighborhood, the chances are that you’ll have a couple of people help you out whether they want to or not. However, we recommend getting a friend that the dog isn’t familiar with to play the role of the stranger.

The “stranger” should approach you and your dog slowly and quietly. They shouldn’t display any signs of playfulness or anything that could trigger some other behavior than the one we’re trying to teach.

Once the “stranger” starts approaching, do anything you can to get your dog to become agitated and start barking. That might take a while, but be persistent. Talk in a high-pitched voice, or pretend to be worked up. Do anything that you know or assume will get the dog to growl or start barking.

As soon as the dog starts barking, issue the verbal command. As mentioned, we can choose any command we want, but we have to be persistent with it.

Just like in the previous method, as soon as the dog is successful, we need to reward it. After that, as the proverb says — practice makes perfect. Keep practicing with your dog (and your friend), and reward the dog every time. It’s also useful if you can rope several friends into helping you. There’s a chance that our dogs will get familiar with the “stranger” if we only use one person. So try to switch things up with a new friend after a while.

Training of any kind takes time. However, if you’re consistent and use positive reinforcement, teaching a dog to bark at strangers should be a piece of cake. However, try to remember that every dog learns new tricks at its own pace. Therefore, don’t get ahead of yourself and set a timeline and then get discouraged when your dog doesn’t meet it.

We have to allow our dogs to learn gradually. Luckily, barking is a natural trait for all dogs. Therefore, the training usually doesn’t take a lot of time. What’s more, it’s also a self-rewarding behavior, which means that it isn’t complex and that there’s a natural reward. Coupled with our rewards (treats or walkies), the behavior we’re trying to teach should become a part of the dog’s routine in a couple of weeks. 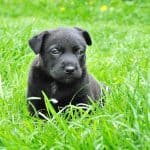 How Much Water Should a Puppy Drink During Potty Training? 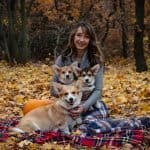 Affiliate DisclosureThis website is supported by its readers. Please assume that all links are affiliate links. If you make a purchase from one of the links we will make a commission from Amazon. Thank you. Boxers make great family pets, and they are good with children. These intelligent dogs may be big, but they are…

Affiliate DisclosureThis website is supported by its readers. Please assume that all links are affiliate links. If you make a purchase from one of the links we will make a commission from Amazon. Thank you. A dog’s preference for swimming depends on the individual dog, but some breeds do tend to like water than others….

Affiliate DisclosureThis website is supported by its readers. Please assume that all links are affiliate links. If you make a purchase from one of the links we will make a commission from Amazon. Thank you. Chihuahuas can be an affectionate breed, but like most dogs, they do not appreciate cuddling in the same way that…