Why Do Dogs Not Like Being Pet on the Head? Should You Pet At All? 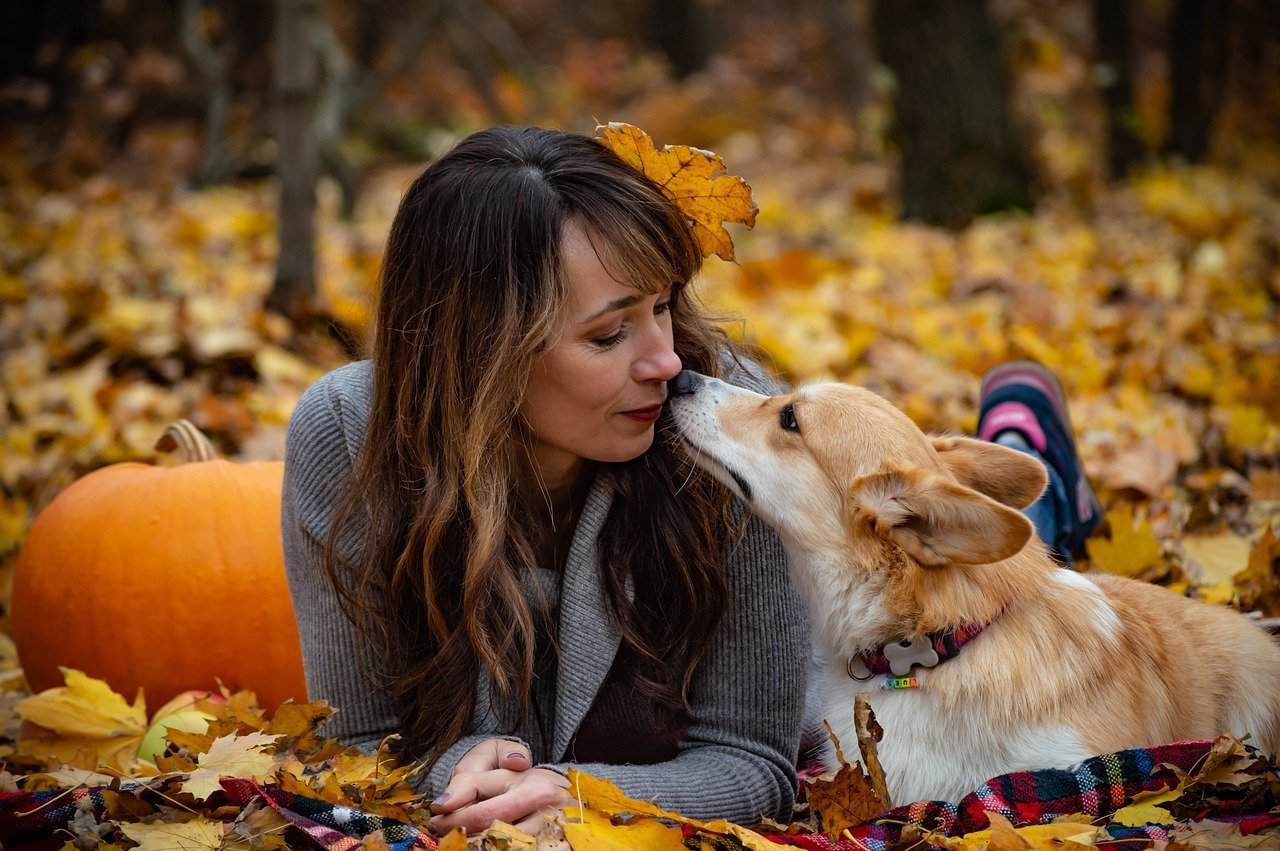 If you’re a dog lover, you know just how difficult it is to resist petting every puppy you come across. Whether it’s a stray, someone’s pet, or your own furry friend, dogs are simply impossible to ignore! But, have you ever wondered why dogs don’t like being pet on the head?

Obviously, dogs can’t use words to express their feelings, so it can be difficult to know what they enjoy versus what they find threatening. In this article, I’m going to break down the do’s and don’t when it comes to petting your dog, or any dog for that matter. But first, let me tell you why dogs don’t like being pet on the head.

Why Do Dogs Not Like Being Pet on the Head: A Brief Explanation

There is a simple explanation as to why dogs don’t like being pet on the head. Think of it this way ― would you like it if someone pets you on the head? My guess is no. So, why would a dog like it?

It’s strange how petting a dog’s head seems like the normal thing to do when it’s actually not.

Why Dogs Don’t Like Being Pet on the Head

Ultimately, if the dog in question is your pet, then you might not even know that what you’re doing is wrong. Since your dog trusts you, it will most likely allow you to pet its head without showing any signs of not liking it.

Just imagine if instead of shaking your hand, or greeting you with a hug, someone reaches out and pets you on the head. It would be nothing short of strange, and annoying. That’s exactly how your dog feels.

Why Dogs Don’t Like Being Pet on the Head: Stray Dogs

When it comes to a stray dog, petting it on the head is the worst thing you could do. Remember, the dog doesn’t know you, it doesn’t know your intentions, and it certainly doesn’t know whether or not it can trust you, so forget about sticking your hand in its face. Now, do you see why dogs don’t like being pet on the head?

Unfortunately, there are more things that we may be doing that dogs downright hate. One of them is giving them hugs.

When we hug another human being, our arms, as well as their arms are free. Unless, of course, you’re the only one doing the hugging, which is a pretty weird thing to be doing, anyway.

However, when you hug your dog, you’re basically constricting its legs. If you try this with an unfamiliar dog, you may even end up getting bitten!

Instead of hugging, dogs show their affection by putting their paws on their owner’s arm. To them, it’s just like a hug, except without all the needless squeezing!

Forcing it to play with other dogs

Remember how you felt when your mom forced you to make friends with the kid on the playground you just couldn’t stand? Well, your dog feels the same way.

When you take your dog to the park, let it choose who it wants to interact with. Some dogs get along like bread and butter, whereas others are more like oil and water. The bottom line is ― don’t force it!

We’re all busy, and we all have a schedule we like to stick to. But, so does your dog.

Dogs don’t want to go out just to do their business. Going out means it’s time to explore. Taking your dog out for five minutes and denying it the opportunity to sniff around and mark its territory is a terrible idea.

Take your friend out for a real walk at least once a day, and allow it to explore for a while. It’s the least you can do for your furry companion that thinks the world of you!

How to approach a stray dog

Just like us humans, every dog has a different personality. Some are more trusting than others, which makes approaching them easy. However, when it comes to strays, they tend to be a bit more distrusting.

When you think about it, it’s quite understandable. After all, you don’t know whether the poor thing was abandoned, or lost and desperately searching for its owner. In any case, whatever the situation, you need to follow these steps.

If the dog’s eyes are wide, and its body is shaking, that’s a telltale sign that the poor thing is frightened. Most dogs also tend to hide their tails between their legs when they’re scared, so keep that in mind.

However, if the dog’s eyes are narrowed, and its tail is rigid, that’s a sign of aggression. Remember, the dog is probably still scared, but it wants to protect itself as well. If this is the case, by no means should you try to pet it? Also, don’t stare directly into its eyes. Doing so will make it feel threatened.

Step #2: “Get acquainted” with the dog

Getting acquainted means talking to the dog in a friendly, calm voice. However strange it may seem, you can literally talk to the dog using a soft, soothing voice, say your name, say you’re there to help, etc. Obviously, the dog won’t understand what you’re saying, but it will definitely understand your tone of voice.

Also, if the dog starts to inch away, do not shout after it. Instead, keep talking to it calmly. Remember, it’s frightening, and it doesn’t know who you are and whether or not you’re going to hurt it. Follow it slowly, but don’t get too close. Wait for it to approach you first. That brings us to the next step.

Step #3: Patiently wait for the dog to come to you

This step requires quite a bit of patience. Let the dog show you that it trusts you, and that it’s ok to extend your hand towards it. Once it’s ready, you’ll notice a change in its demeanor. Again, check its body language. Then, if it seems calm, lower your body and ever so slowly extend your hand towards it. Also, it’s a good idea to keep talking to it with a soothing voice.

If the dog doesn’t show any signs of aggression, wait for it to sniff your hand. Keep your palm towards the ground, since this is less threatening to dogs. Once it sniffs your hand, that means it’s starting to trust you.

However, if it starts snarling, take your hand away and step back. Call the animal shelter, and wait for them to pick the dog up.

Keep your hand extended and allow the dog to sniff it for as long as it likes. Don’t try to grab its collar, or pet it just yet. Let it get to know you.

When the dog is finally comfortable with you being there, it will wag its tail. That means you can pet it, just not on the head!

Instead, slowly pet the shoulder area, and check to see if there’s a tag on its collar with the owner’s information.

Best places to pet a dog

Now that I’ve explained why dogs don’t like being pet on the head, you’re probably wondering where they like to be pet.

There are several places you can pet or scratch a dog instead of on the head. For starters, that one spot on its back, near the base of the tail ― that their soft spot! If you scratch them there, they’ll love you for it.

Think of it this way ― you know when you have an impossible-to-reach itch on your back? Remember that heavenly feeling when someone scratches it for you? It’s the same for dogs!

The area near the base of their tails is difficult for them to reach, and it often itches. Most dogs like it so much that they tend to arch their backs (just like cats) which is the ultimate compliment for you!

Another great scratching place is behind the ears. Similar to the base of the tail, this area is also difficult for dogs to reach. Furthermore, when they do manage to reach it with their paws, they often hurt their ears with their nails.

Finally, a dog’s stomach is perfect for scratches! But, you probably already knew that.

Dogs are just about the best companions in the world. When you think about it, they ask for so little, and in return, give us so much!

Ultimately, your dog will love you no matter where you pet it, but why not try to be more mindful before petting it on the head? And, when you think about it, it’s easy to see why dogs don’t like being pet on the head.

A nice scratch behind the ears or a quick belly rub is always a better solution, and will most definitely earn you a big sloppy lick on the nose! 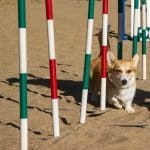 Can I Pay Monthly For Dog Training?

What Happens if you Don’t Train Your Dog? 9 Reasons Why You Should 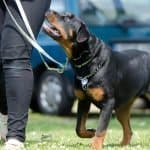