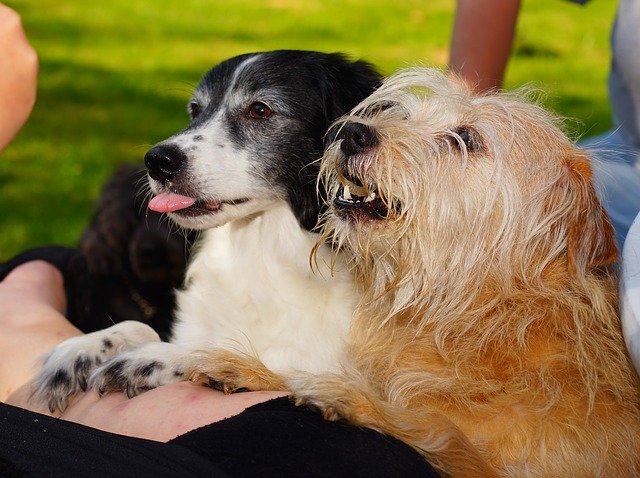 Dogs lick faces, hands, knees, and even ears. But what does it mean when a dog licks your feet?

Most dogs lick because they enjoy the taste of sweat or want to show how submissive they are. Other dogs might simply try to groom you, gather some information, or scrape food off your soles. If the licking becomes constant, it might indicate an undiagnosed health condition.

What Does It Mean When a Dog Licks Your Feet?

Dogs like to lick humans. And I mean, they REALLY like to lick humans; in fact, it’s one of the most common behaviors we associate with dogs. And if you have a dog, I’m relatively sure that you’ve enjoyed the way it licked your face, because it’s one of the most obvious ways for a dog to show affection. So yes, licking your face, and even your hands, more or less have a simple explanation. But what does it mean when a dog licks your feet? Should you be worried and, more importantly, should you stop it?

After googling the question of what does it mean when a dog licks your feet, I didn’t come across too many detailed responses. There were lots of texts out there that simply dealt with licking in general. With that in mind, I’ve decided to provide you with an article that delves a little deeper into this inquiry. Hopefully, this article will provide you with some insight into your own puppies foot-licking situation.

What Does It Mean When a Dog Licks Your Feet: Most Common Explanations

Human feet sweat far more than any other body part. In fact, there are more sweat glands on your feet, per inch, than there are anywhere else on your body. Moreover, as you go about your day, it’s highly likely that your feet will ‘spend’ most of your active hours wearing a pair of shoes. The long and short of it is, feet sweat like crazy, and your dog can smell it.

Thanks to its powerful olfactory system, a hound can sense a wide variety of scents anywhere on the human body. Once it spots sweat, it will start licking like crazy. And while the popular theory is that the dogs like the taste of sweat because it’s salty, the reality is somewhat different. Dogs will actually lick your sweat because it’s 90% water.

So, it makes sense that a dog will go at your tootsies when you’ve had a hard day at work and just want to unwind. But what does it mean when a dog licks your feet fresh out of the shower?

A lot of people actually came to me with this question, thinking that it might be some kind of problem. However, that behavior simply proves my point — dogs love tasting water, so when they spot it on you, in any form, they will start licking away.

A Form of Submissive Behavior

Dogs are a part of the canine subfamily, which also includes wolves, jackals, foxes, coyotes, and tanukis. Canines are pack animals, and as such, they always form groups with a leader in charge. Typically, both males and females of the canine subfamily will show their subservience to the alpha male by licking their snout. Interestingly enough, most people think the opposite is true, that only dominant dogs lick other animals (as well as humans). It’s a myth that’s almost as wide as the one I mentioned earlier, about licking the sweat because it’s salty.

So, what does it mean when a dog licks your feet and not your face? Does that correlate with submissive behavior? Well, yes, it very much does.

To be clear, any type of licking can go back to this behavioral pattern: face-licking, hand licking, arm licking, knee licking, you name it. Some dogs simply choose a different part of your body to do it. In fact, there are dogs that quite literally can’t lick any other part of your body.

Small breeds like the dachshund, the Chihuahua, the Pomeranian, the Yorkshire terrier, and the beagle can’t exactly reach your face due to their size. That’s why you would see large breeds, like the Great Dane or the St. Bernard, almost never licking people’s feet and nearly always going for the face.

As I mentioned earlier, human feet tend to sweat a lot. And while we can definitely smell the excretion, we can’t exactly pick up on every single molecule that’s in it. After all, there are lots of microbes, bacteria, and materials that make up a sweat.

Dogs, on the other hand, don’t have that problem. An average pooch has roughly 220 million olfactory receptors in its nose and mouth. Simply put, your furry friend can understand the make-up of your sweat in ways that you can’t even imagine. And it uses licking successfully to gather information about the person it has just licked.

But what does it mean when a dog licks your feet for information, exactly? What type of information would a dog need that sweat can provide?

Normally, when your body is going through a series of complex processes, they can affect the texture and make-up of your sweat. For instance, if you have a health condition, like a cold or the flu or any type of infection, the bacterial structure of sweat will look different from the one of ‘healthy’ sweat. Even if you have a psychological or mental condition, like stress and anxiety, your sweat will reflect that change.

So, when a dog tastes your sweat, it can know exactly what’s going on in your life. More often than not, the dog will learn of its owner’s health problems days (at times, even weeks!) before the owner does. And yes, the same result will crop up no matter what part of your body the dog is licking.

They Want Your Attention

Sometimes, the reason behind the constant licking is as simple as the pooch wanting your attention. Dogs communicate with us in a very limited way. When they’re hungry, upset, or happy, they might bark. When they’re sad, depressed, sick, or fatigued, usually they will stick to one spot and sulk for a while. So, how do they get our attention? Well, licking seems to be a common method, though not as common as others.

If a dog wants to show you that it loves you and that it needs your attention, it might bark at first or try to hop into your lap. But if you shun these advances, it might resort to different methods. There’s always the good, old, and reliable hard stare with deep, puppy-dog eyes. Sometimes, the stare is followed by low squealing and a hand lick. Now, what happens when your dog doesn’t get the desired result from any of these moves? Well, it will try to lick your feet and get you to notice what’s going on.

Licking is an important socializing tool for dogs since early puppyhood. Once they are born, puppies lick their mom in order to get some food from her (or rather, to encourage vomiting), and she licks them in return to groom them and soothe any anxiety they might feel. As the litter grows, the puppies will lick their siblings out of similar reasons. So, it’s only natural that a dog would use such an intimate method of getting your attention.

Dogs groom themselves through licking in early puppyhood. It’s a behavioral pattern that they learn from their mothers, and they pass it on to the next generation as well. But as is the case with all canine behavior, they like to share their love of grooming with their human owners.

So, what does it mean when a dog licks your feet to groom you? Well, it might feel that you look unkempt, and the sweating certainly doesn’t help. By trying to groom you, the pooch is actually showing lots of affection for you during the process.

We tend to walk about the house throughout the day, so it’s only natural for the foot to pick up some debris along the way. Sometimes it’s as innocent as stepping in some scented liquid, like a spill from the casserole. Other times, entire chunks of food, like bread crumbs and bits of meat, can get stuck on our foot. Once the dog sniffs that out, it will try to lick the foot senseless to get what it wants. And since hounds have an amazing olfactory system, as I stated earlier, they will probably find some food on your foot before even you’re aware that it’s stuck there.

Interestingly, some dogs will also think that your feet are food themselves. That’s especially the case if you have layers of dead skin on your soles or heels, i.e. hardened callouses, excess skin layers, etc. Since dogs can’t bite into their owner, they try to get away with simply licking the foot instead.

When it’s licking objects, people, or other dogs, your puppy might just be trying to soothe itself. Both licking and chewing release endorphins, potent hormones that help dogs, as well as other mammals, relax and relieve stress.

However, there are times when foot-licking isn’t as simple as stress relief. For example, if your dog starts to compulsively slobber at your toes, it might be a sign of an undiagnosed health issue. If you spot that type of behavior, make sure to take your pooch to the vet or a specialist to determine the cause.

As a pet owner, you mustn’t ignore how your behavior affects your pet. Everything, from shouting to laughing and even doing nothing at all, will in some way have an impact on a hound’s behavior. So, the more negatively you respond to some of your dog’s actions, the less likely it will try to repeat them.

The same goes for positive reinforcement. Let’s say that your dog licked your feet for the first time, and your first reaction was to giggle and hug the pup. Seemingly, there might be nothing wrong with that interaction. However, you’ve just encouraged the dog to try and lick your feet again in the future. After all, one lick got a positive reaction from the pack leader, so it must be good. In short, the more positively you react to the dog licking your feet, the more frequent the licks will become.

How Do I Stop the Dog From Licking My Feet?

If you’re someone who doesn’t like dog drool on your toes, there are a few easy ways to stop your dog from licking your feet:

What Does It Mean When a Dog Licks Your Feet: Conclusion

So, in the end, what does it mean when a dog licks your feet? Well, it can mean a whole plethora of things. And some of the most common explanations are all listed neatly in the article above. At the end of the day, the best way to find out which of the explanations applies to your furry little friend is to observe how it behaves and to seek help if you feel that something is wrong.

link to My Dog is Drooling and Acting Strange

Excessing drooling can be a sign of any of the following:   Heatstroke Anxiety Motion sickness Mouth disease Tooth decay Organ disease Poisoning from certain...