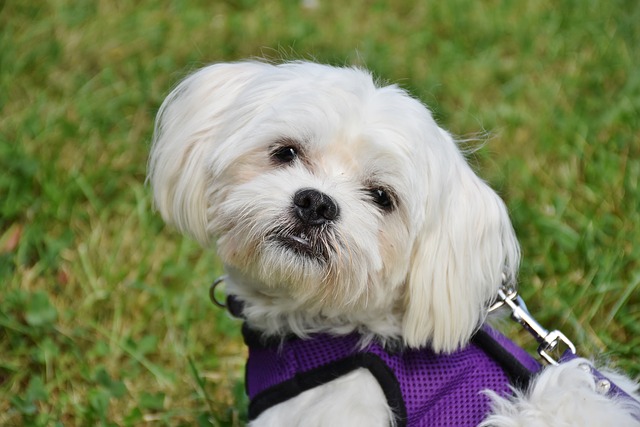 The Golden Retriever Maltese mix is a newer designer dog breed that combines the intelligence of the Golden Retriever and willingness to please with the very playful nature of the Maltese for a loyal, protective, and obedient family dog.

Bred from the Golden retriever and Maltese, the Golden Retriever Maltese mix currently has no other accepted monikers (although sometimes referred to informally as the Golden Maltese.) As a new designer dog, there is little information about why breeders first matched these two breeds.

The Golden retriever originates in the Scottish highlands, where it was bred as a gamekeeper’s dog and a gundog to the higher-class gentleman. A genuine companion dog, the Golden Retriever is a breed that works hard, plays hard, and always has an overabundance of affection for its owner.

The Maltese originated in Malta, where it was bred as a companion dog for royalty and later became a dog of the aristocracy. The Maltese have been a popular small companion breed known for forming strong bonds with its owner and acting as a family watchdog.

As a newer breed, the Golden Retriever Maltese mix can still vary considerably in appearance, but more dominant traits include:

The only standard coat color for the Maltese is white, whereas the Golden Retriever must be golden but can vary in shade from a much lighter blonde to a deeper reddish gold.

The Golden Maltese often has a darker coloration of the ears and muzzles like that of the Golden Retriever and a black nose and paw pads with dark brown eyes.

The Golden Maltese adopts the personality traits of both parent dogs, but while the breed is still in its infancy, it can be hard to define a standard accurately.  However, dominant traits seem to include:

The Golden retriever Maltese is a dedicated family companion with a deep-set desire to please – a common trait in both parent breeds. Although this dog takes on many of the positive characteristics of both parent breeds, they might adopt the problem barking that we sometimes see in the Maltese. This dog is a high-energy dog that must have adequate exercise and mental stimulation to be happy.

Training and socialization are crucial to the Golden Maltese mix, like most dogs. However, the intelligence and human-centered nature of each parent breed make obedience training effortless.

The Golden Retriever Maltese offspring excels in protecting the family and serving as a loyal companion. While it is a good “family breed,” this mixed breed pup does tend to develop a stronger single-person bond.

Although many Golden Maltese traits seem to derive from the Golden Retriever, if they are too fawn over by overprotective owners, this mixed breed can develop “small dog syndrome.”

The Golden retriever is less of a barker – warning only at the sight of a possible threat (and during typical play) – the Maltese can become a problem barker without thorough and consistent training. Problem barking is also manageable through physical exercise and stimulation with interactive toys, and ongoing training.

Regarding family life, the Golden Maltese can excel in a family of any size. These dogs do well with younger children as long as they know how to respect smaller dogs.

An excellent dog for dog owners of all experience levels, the Golden Maltese is eager to please, and once they form a bond with their “person,” a few words of encouragement can cement a new command quite quickly.

Although the Golden retriever is an amiable breed, the Golden Maltese mix can be wary of strangers and may be suspicious of anyone unfamiliar. Properly socialized Golden Maltese dogs can be socially outgoing with good socialization practiced from a very early age.

The Golden Retriever and the Maltese tend to get along with other pets, and despite their smaller size, the Golden Maltese mix feels at home with canine companions of any size.

The Golden Retriever’s and Maltese’s offspring can be at risk for various heritable conditions because both parent breeds are prone to many of the same illnesses. Legitimate concerns include:

Breeders are still perfecting the Golden Retriever Maltese, and much can change between now and then. However, the current Golden Maltese generations seem to be just a little larger than the Maltese and maintain many of the positive personality traits of both parent breeds, including playfulness, a protective nature, and an eagerness to learn! 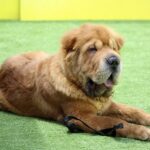 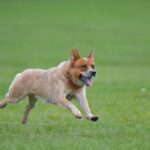