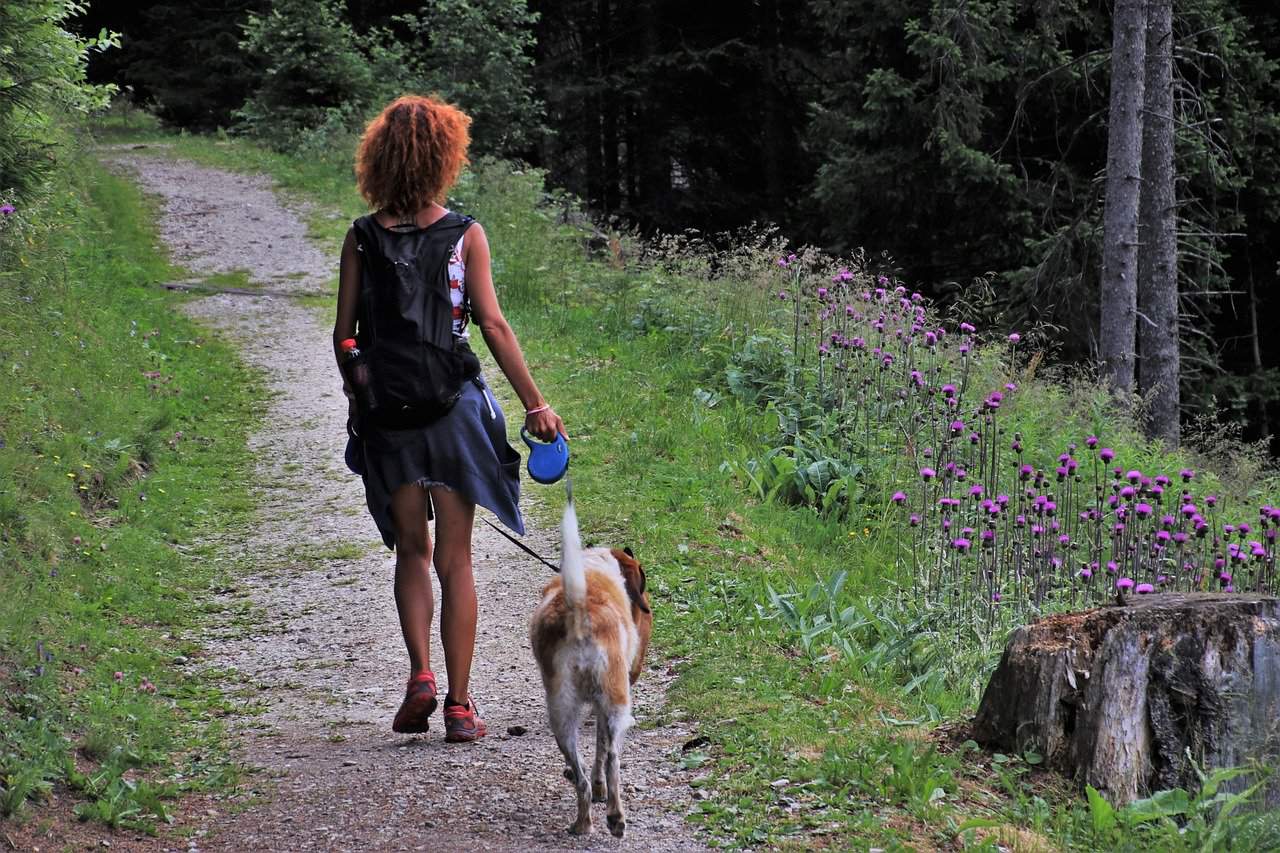 Have you ever witnessed a dog barking and pulling on leash at other dogs? Or maybe that happens with your pup all the time? Regardless, that’s an interesting and extremely common behavior you can fix by:

Have you ever witnessed a dog barking and pulling on leash at other dogs? Or maybe that happens with your pup all the time? Regardless, that’s an interesting and extremely common behavior. If you want to learn why they do it and how to prevent it from happening, read on!

Dogs Speak Through Their Actions

Being highly intelligent, dogs sometimes act in ways that make sense to them but not so much to us. Unfortunately, lacking the ability to speak, they cannot tell you what they mean. However, they can show you.

You can see how your dog feels just by noticing its body language — everything from the posture to the positioning of the tail and ears is indicative of certain feelings. What’s more, every action further speaks for the emotions your four-legged friend is experiencing at the moment.

The Three Main Reasons for the Undesired Behavior

The behavior that concerns you is called reactivity. That term may sound scary, but it really isn’t. It simply refers to the occasions when a dog is triggered by another animal/person, and starts growling, barking, and lunging.

If you’re a new dog owner, you’re probably perplexed at the sight of your otherwise calm dog barking and pulling on a leash at other dogs. This unexpected change in behavior may seem strange to you, and you might think your dog is plain aggressive. However, I can assure you that most of the time, that’s not the case. So, here are the main reasons for reactivity in canines.

Dogs are super energetic and playful. Therefore, being on a leash is quite unnatural for them, and usually, it takes a while to adapt.

When your dog sees another pup it wants to play with, the natural response is to start running towards it. There’s only one problem — the leash! It restrains your doggy, and therefore it starts lunging and barking to signal the other dog.

Also, you have probably seen dogs behind a fence, frustrated because they can’t get to what they want. Hence, they bark and even jump at the fence. That’s completely normal — if you were behind a fence, helpless and literally speechless, you’d be frustrated too, right?

On that note, I’d like to mention something very important — if you have a backyard where you can let your dog run freely, that’s great! However, that cannot replace walks in the park where your dog can socialize and play with other pups.

Socializing is the keyword here. If it’s unnatural for your canine buddy to see others like him in the area, bumping into another dog may lead to frustration, and hence aggression. In that case, the pulling and barking would not mean ‘playtime,’ believe me.

Fear is probably the number one reason why situations in which you see a dog barking and pulling on a leash at other dogs would occur. Animal behaviorism is an infinite topic, but I’ve tried to outline the most important things that play an essential role in your dog’s responses.

First, depending on how well you treat your pooch, it will react to the environment differently. For example, if you scream at it and don’t give it the needed attention, it’s obvious that it would develop hyperactive traits, anxiety, or even depression.

Do you scream at your toddler because he’s dropped your phone on the floor? I don’t think so. The same goes for dogs. They are basically babies that never grow up. You have to learn how to communicate with them efficiently, or otherwise, neither you nor your pup will be happy.

However, you might be one of the many impeccable dog owners who treat their dogs with loads of attention, care, and love. But, occasions of your dog barking and pulling at other dogs are not rare, regardless. Where’s the problem, then?

Well, as I already mentioned, fear is usually at the roots of that behavior.

All Dogs Can Experience Fear

Interestingly, all breeds and sizes — from Chihuahuas to English Mastiffs — are prone to reactivity. However, the reasons for the fear, which induces that undesired behavior, vary greatly.

If your puppy is small, for example, it may find the other, bigger dogs around it quite scary. Therefore, as a defense mechanism, it would start barking to scare the big boys off. Here, the size difference is what promotes fear, hence the behavior.

That doesn’t apply only to small dogs, though. Big breeds can be frightened and intimidated by other dogs too.

The fear may come from emotional trauma — if your pup has been bitten by another dog before — or stress coming from the home. E.g., if you shout at your dog for the smallest things or keep it in a cage for no reason, it might develop a fear of unexpected punishment.

So, please, think things through before you do anything with your furry buddy because the consequences might be extremely unpleasant, and the fault will be yours!

Most of the time, especially during the mating season, sexually mature dogs would exhibit aggression towards the same gender, i.e., female to female and male to male. That is normal and has to do with things like territory, hormonal changes, and rivalry between the species.

How to Manage Reactivity

There are certain things you can do to prevent the unpleasant situation of your dog barking and pulling on a leash at other dogs. If you follow my tips, you’ll eventually do away with such behavior forever!

When you see another dog approaching, try to grab your pup’s attention and move to the side (you might want to have treats on you). Don’t wait for the two dogs to see each other and start reacting because it’s going to be a lot harder to distract them then.

If you have a small dog, though, please, don’t make the mistake of lifting it, except if absolutely necessary, i.e., if you’re in a dangerous situation. If you lift your dog while it’s trying to prove its superiority, you may cause even more aggression. Namely,  when up in the air, your pup is trapped; it cannot run away or protect itself, and therefore it might act from fear and frustration combined, which is not a pretty sight.

Have Walks in Open Areas

Try to find an open place, like a park or a field, where you can have your walks. The chance of your dog barking and pulling on a leash at other dogs there is close to zero. At the park, your dog can run freely; it probably won’t meet other dogs that may cause reactivity, and it’ll be able to focus on you without being interrupted by anything else. Thus, you tackle both the frustration coming from the leash and the fear of other “dog threats.”

Just don’t forget about the socialization aspect. Everything you do needs to be balanced and has to lead to positive effects in the long run.

Implement All Techniques With Your Dog’s Personality in Mind

Tailor those tips to your dog’s personality. If your puppy is energetic and playful, arranging “dog meet-ups” with other dog owners at a local park might work wonders. Your pup will get plenty of playtimes and it won’t have any excess energy to spend on barking and lunging.

However, if your four-legged friend is anxious and doesn’t like crowded places or being surrounded by other dogs, don’t force it to such environments. Instead, go for walks in the woods or in big parks with open meadows where you can spend time together.

Take notice of when your dog becomes reactive.

Do you see your dog barking and pulling on a leash at other dogs when you’re in crowded areas? If yes, just change your route. Maybe seeing both people and other dogs walking towards it is too much for your pooch.

Is there construction work in the area where you usually go for walks? If that’s the case, maybe the noise stresses your pup out and makes it react more aggressively.

Do you notice the unwanted behavior when walking past particular dogs? That’s not uncommon, too. If your pup doesn’t like some of its canine relatives, go somewhere else or learn their schedule and go for walks at different times.

Depending on your particular situation, you will be able to build a tactic that will reduce the occasions of your dog barking and pulling on a leash at other dogs.

You might have heard tips such as, “Show him who’s the boss!” and, “Hit him if he behaves badly!” Please, never punish your dog physically! Yes, it may bark at other dogs; yes, it may pull on the leash all the time; and yes, it may create super uncomfortable situations for you. Regardless, do not hit your best friend! Leaving the ethical reasons aside, it’s useless and shows nothing more than your inability to cope with the situation accordingly.

Everyone who has a dog knows from first hand why they say, “Dogs are a human’s best friend!” They are cuddly, playful, goofy, and at the same time brave, protective, and loyal. One couldn’t ask for more in a companion!

However, just like us, they also have their fears and difficult moments. Remember that your dog doesn’t like being reactive. It hates being fearful, frustrated, and stressed. Fortunately, its behavior can improve, but to do that, your four-legged friend needs your help!

Find what triggers the situations where you see your dog barking and pulling on a leash at other dogs and work with your bud to prevent that from happening again. Nobody said it’s going to be easy, but I assure you, it’s worth it! 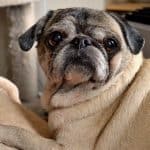 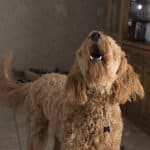 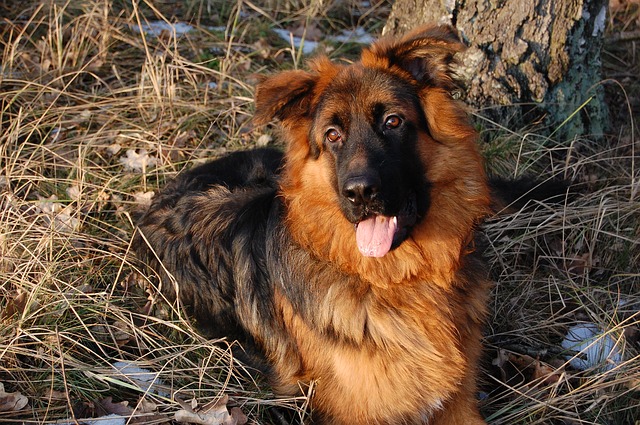 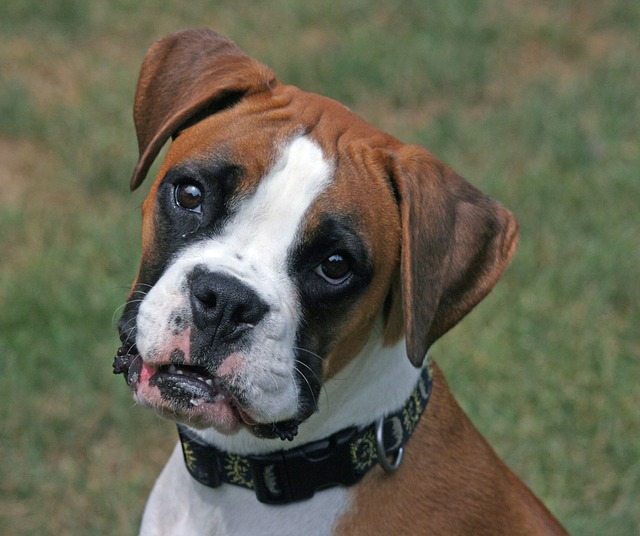 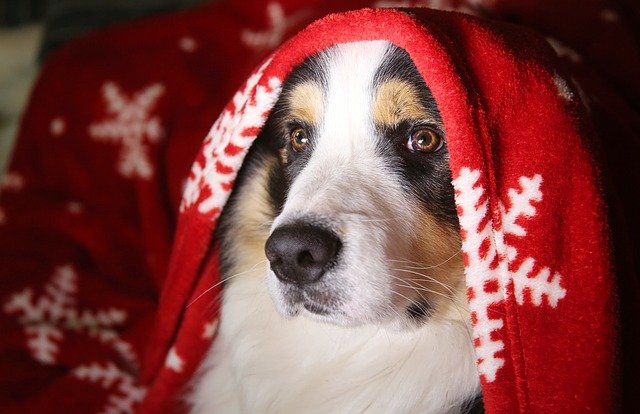