Why Is My Dog Afraid of His Reflection? 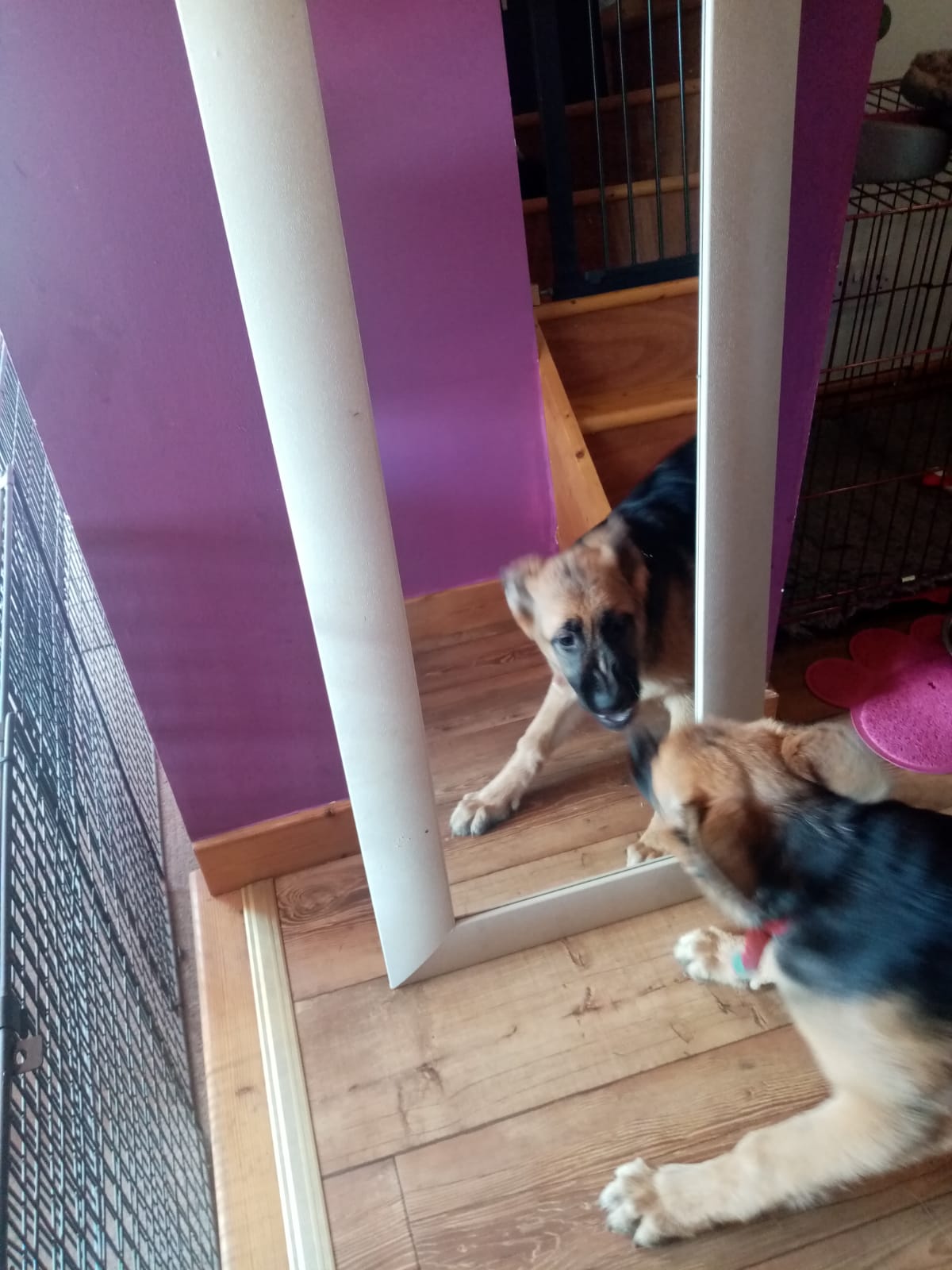 Dogs can be afraid of a lot of things. Thunder, shadows, loud noises, not having you home, and even water are among them. Most of the dog’s fears can either be explained away or actively avoided with some effort from the dog owner. However, what if your dog is afraid of his reflection?

Whenever dogs look in the mirror, they do not understand how it works. They are not seeing ‘themselves’ reflected, but instead, another dog that could be dangerous! Plus, most dogs do not have a concept of ‘self’ as humans do. That is why they tend to freak out over their reflections.

The Concept of ‘Self’

Have you ever held up a mirror in front of a baby? They go nuts and are extremely fascinated by the shiny object and the baby inside of it. However, once they get older, they see that the baby is themselves and they get bored of it. They learn that ‘hey that’s me!’ This applies even if they do not know exactly how a mirror works.

Dogs do not have that same concept of themselves, because they do not use their eyes as their primary senses. They instead use their noses to analyze things, and they learn about familiar people and animals via scent. Whenever they see another dog that looks exactly like they do in such proximity, they tend to freak out and react in several different ways.

How Dogs React to seeing their reflection.

Dogs can react to seeing their own images in several different ways. The first way is, of course, fear. They might act afraid and try to get out of sight of the reflective surfaces or might even bark or growl at the reflections. One common encounter dogs have with their reflection is whenever they look at their food bowls and see their reflections at the bottom.

They see another dog head lunging at them while they are eating, which is why they freak out and sometimes eat quickly and then move away from the bowl.

Dogs can react with excitement as well because sometimes a new dog is someone that they can play with! It is not uncommon for your dog to bark or plays with its reflection, and it can generally be excited about seeing itself on a reflective surface. Just like human babies, they can have a lot of fun until they recognize that the reflection is themselves and not another dog.

Finally, some dogs can just react with apathy. They might sit and stare at the reflection for a while or keep an eye on the supposed other dog as they go about their day. They might even whine and bark on occasion, but otherwise do nothing.

Any one of these three responses is okay, and none of them should have a lasting impact on your dog. Much like human babies, puppies and dogs should eventually learn their ‘sense of self and can become comfortable around mirrors. It can become a habit for them to tune out the distraction of their reflection, and soon they are not going to be affected by that ‘second dog’ at all.

What Do Dogs See in Mirrors?

Certain tests have shown that dogs can use mirrors to find things in the world. For example, one test was done where food was hidden in a room, and a mirror was the only way the dog could see it. While some of the dogs used their sense of smell to find the food, others used the mirror to figure out where the treat went.

What Do I Do about the Behavior?

If your dog is starting to discover reflections for itself, then you might be wondering what to do about this behavior. Whether the animal decides to play with its reflection or just tries to explore, you do not need to worry.

This is common behavior for puppies, as unlikely as that may seem. While it might be annoying that your dog barks at its own reflection, it is not going to be a lasting trend that you need to worry about. You need to remember to just be understanding and allow learning to take its course.

If you want to accelerate the process of your dog getting a sense of itself, then you can take it on walks around the same trail. They can smell where they have been before, as well as the areas where they have marked.

Otherwise, there is not a lot you can do. Even if your dog is afraid of the mirror and its own reflection, you may just have to wait until it grows out of the habit. All you can do is comfort it because it is afraid.

Treat the fear of reflection just like the fear of thunder or anything else, and make sure to comfort the dog. Your patience is key here, and it also may have implications on the relationship you forge. You can gently scold them if their barking becomes too much or keep them out of areas with mirrors in them if their behavior is not something you want to handle. Then, you can gradually reintroduce them to mirrors whenever they are older.

Every Single Dog Is Different

Finally, once your dog grows out of the fear of its reflection, it can react to the mirrors in different ways. Some of them love mirrors and can spend hours in front of them, others might still be confused about them, and a few of them might still avoid mirrors and bark at them.

There is not set reaction to expect, so just facilitate the process and let the dog be a dog. If nothing else, it can be humorous watching all the interactions your four-legged friend has with the reflective surface! 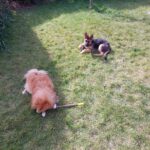 What to Do When Your Dog Steals Things and Runs Away 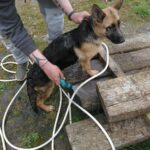 Boxers make great family pets, and they are good with children. These intelligent dogs may be big, but they are patient, playful, and affectionate companions. However, there are some things you should know before bringing home your new boxer!     The Big Picture   The boxer may look tough, but with consistent training, and good […]

A dog’s preference for swimming depends on the individual dog, but some breeds do tend to like water than others. Huskies – while happy to play in the water – generally do not care for deep water or swimming.   Do Huskies Like Water?   The husky is an energetic breed well-known for its history […]

Chihuahuas can be an affectionate breed, but like most dogs, they do not appreciate cuddling in the same way that humans do. Chihuahuas do, however, often appreciate a certain level of closeness with their owner.   Cuddling Vs. Closeness   Before we talk about chihuahuas and cuddling, we need to make the distinction between cuddling […]