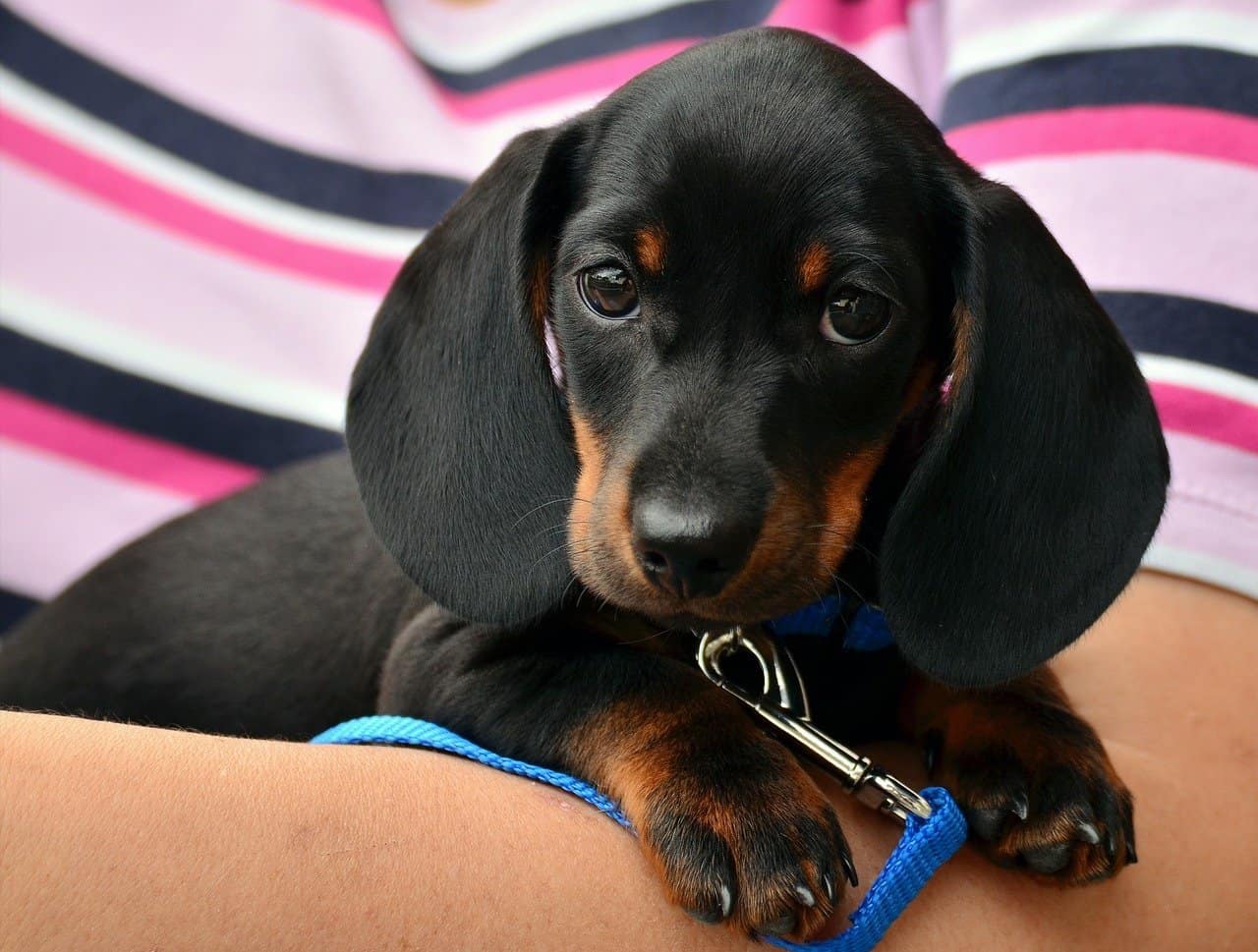 Unfortunately, not everyone has the luxury of staying at home and potty training a puppy all day long. Most people have to leave their home Monday through Friday, and stay away for at least eight hours. So, the question arises: how can you successfully housebreak a puppy when you HAVE to work?

In a nutshell, housebreaking a dog when you’re working full-time won’t be easy. However, it’s possible if you’re ready to create a routine and stick to it. And remember — when in doubt, you can always call up a friend to give you a helping hand. 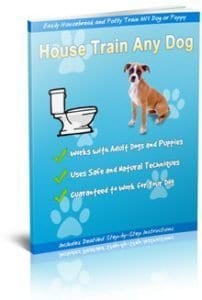 First things first, if you don’t know how old your puppy is (as is the case with most rescue dogs), then ask the vet to give you a ballpark estimate. This information is necessary if you want to know for how long the puppy can “hold it in.”

Usually, you won’t go wrong if you use the equation most dog owners rely on: just take the puppy’s age in months and add 1 to it. For instance, if the pup is four months old, it will be able to hold it in for five hours.

However, even if this equation were true for all dogs, there are things we just cannot control. One day, the puppy will be terribly thirsty, so it will have to pee more than usual. Similarly, it may feel ravenous all of a sudden (after all, it is a growing dog), so it may need to poop more than a couple of times.

The moral of the story is — if you want to stay on the safe side, assume that the puppy cannot hold it in for too long. Of course, physically, it’s perfectly able to wait for a while. Nevertheless, given its tiny bladder and lack of potty-training knowledge — it doesn’t know it should. Because of that, you need to set a suitable routine.

How to housebreak a puppy when you work. Creating a routine

One of the most critical aspects of housebreaking a puppy is creating a routine. Dogs love being on a set schedule, as that gives their lives more structure. In essence, they like knowing when they will eat, play, sleep, etc. Of course, some might love eating more than sleeping and vice versa, but in the end, they don’t mind living on a schedule.

The problem is — you also have a strict schedule to live by. If you work from 9 to 5, there’s no way you can suddenly start working from 10 AM because of the dog. Therefore, you have to creatine a routine for the dog that plays well with your own plans.

How comprehensively does the routine have to be?

The routine doesn’t have to be something complicated that would require five dog sitters and two bags of treats. Essentially, you just have to pay attention to your dog’s natural rhythm.

Most dogs will pee or poop after they sleep” href=”https://www.happyfitdog.com/why-does-my-dog-sleep-with-her-eyes-open-here-is-the-answer/”>sleeps-on-his-back-what-is-the-reason sleep, eat, and play. Unfortunately, this is what puppies usually do all day long, so there will be a lot of potty training to do.

The easiest routine to follow is the one that is the most natural — and that supports our own rhythm. Given that most people have to go to the bathroom in the morning, assume the dog will have to go too. So, work on going outside in the garden (or the curb) immediately after the pooch wakes up.

The same goes for when it has been playing for a while or has just eaten. If the dog has three meals a day, it will have to go potty at least three times. Similarly, after each play session, it will want to go — so make sure you find a nice spot for it to relieve itself.

What should you do while you’re at work?

Here comes the tricky bit — creating a good routine is an important step, but it won’t help you much if the dog is all alone for eight hours straight. Thus, you have to resort to one of the following suggestions:

If the dog is in the crate while you’re at work, it won’t be able to roam around the house and pee or poop anywhere you might not want it too. However, that does mean it would have to “go” in the crate.

Unfortunately, this is something most dogs dislike doing. In fact, it can cause them anxiety and lead to (bad) changes in their behavior!

They consider crates as their dens, so they wouldn’t want to ruin them. Nevertheless, if you leave a dog in a crate for 2-3+ hours, it’ll have to go at some point.

The other option you have is hiring a dog sitter. Although it can be quite expensive, having a dog sitter take care of the pup while you’re at work means the dog won’t be lonely at all. There will always be someone there to take it outside, feed it, cuddle it, etc.

The problem is that some dog sitters are not that reliable. On top of that, leaving a dog with a stranger is always worrisome.

The fastest way to housebreak a puppy when you have to work? Choose both options!

Yet, there’s no need to despair. As it turns out, going for a combination of crating and dog sitting seems to be the best and the fastest way to potty train a dog.

Let’s assume that you work eight hours Monday through Friday. If you establish a good routine for your 2-month-old puppy, you will have to take it outside before and after work. In the meantime, you can use a crate only IF you do hire a dog sitter as well.

The catch is — the sitter doesn’t have to be a stranger or cost you a lot of money. In most neighborhoods, neighbors like taking care of each other. Besides, it’s always useful for someone nearby to have your key. Therefore, if possible, ask one of your neighbors to check up on the dog during the day.

An even better idea would be to go home on your lunch break to take the dog out. That way, your dog will not only get some relief but see that you haven’t left it for good after all.

In the end, though, getting a crate and hiring a dog sitter is a small price to pay for a housebroken puppy. Of course, both options are somewhat necessary if you work full-time. If you are a lucky part-time employee, then you can get by with just a crate and a friendly neighbor who won’t mind spending some time with the dog.