The Essential Guide to German Shepherds: One of the Most Popular Dog Breeds

Handsome, brave, and strong are a few of the words that begin to describe the German Shepherd.

According to the American Kennel Club’s annual list, the German Shepherd breed ranks second amongst the most popular dogs.

This large breed is popularly known for its contribution to the military services and police forces. They are agile, noble, and highly intelligent dogs.

From the time period after the First World War up to 1977, this breed was officially called the Alsatian Dog Wolf in the UK.

The German Shepherd breed is known for its unwavering loyalty and steady presence. German Shepherds are known to excel at anything they do, ranging from drug detection to competitions. They are loved by pet owners all across the globe.

Called Deutscher Schäferhund in German, this breed’s lineage traces back to German herding dogs. A genetic study from 2018 postulates that German Shepherds are descendants of herding dogs alongside the French Berger Picard and five Italian herding breeds.

In the late 1800s, herding dogs had variations in different districts. A German cavalry officer named Captain Max von Stephanitz took it upon himself to standardize the herding dog of their country. They crossed the varying breeds from across the country, resulting in the German Shepherd breed. Captain Max von Stephanitz co-founded the Phylax Society, which became the world’s first club devoted to German Shepherds, in order to carry out this task.

His refinement of the breed was so successful that it has resulted in German Shepherds being extremely versatile dogs. In fact, they’re able to carry out so many tasks that most people forget that they were originally created to herd livestock.

As their name suggests, German Shepherds belong to the Herding Group alongside breeds like the Australian Cattle Dog, the Border Collie, the Shetland Sheepdog, The Pembroke Welsh Corgi, and the Old English Sheepdog.

German Shepherds are considered to be clever, graceful, and powerful dogs.

Although they faced some flak as a result of the Anti-German sentiment after the Second World War, the German Shepherd’s popularity grew steadily in America. This is largely due to the film industry starring dogs like Rin-Tin-Tin and Strongheart.

German Shepherds are considered medium to large size breed of dog. The American Kennel Club averages their height between 4-26 inches for males and 22-24 inches for females. The males weigh roughly around 5-90 pounds. Females weigh about 50-70 pounds.

This breed of dog has a double coat that comes in a medium length. The color of the coat is most commonly tan and black or red and black.

They have a natural capability for speed, even though their regular walk isn’t overly fast.

German Shepherds are active and intelligent dogs. Their protective instincts, coupled with their loud bark, make them ideal for the role of a watchdog.

They are quick learners and enjoy having a purpose. They are extremely protective of their families, even small babies. They aren’t always immediately fond of strangers.

Caring for Your German Shepherd

German Shepherds have four kinds of coats. These are:

It’s important for you to identify what kind of coat your German Shepherd has so that you can groom them in the proper manner.

This breed of dogs are moderate shedders, so it’s ideal to groom them twice or thrice a week.

They only need baths occasionally. When bathing German Shepherds, it’s vital to dry them off properly because their thick coats take a long time to dry.

German Shepherds should be fed with their age, weight, and activity levels in mind.

Given their inherently obedient nature, German Shepherds are a breed that takes extremely well to training. Although considered aggressive because of their protectiveness, this can be managed with training and socialization while they’re still puppies.

Training that is filled with patience and treats is most effective for German Shepherds. They are well-suited to families and enjoy a lot of play and exercise.

Because of their history of inbreeding, German Shepherds face a fair amount of ailments. They experience hip and elbow dysplasia that can potentially evolve into arthritis if left unchecked.

This breed of dog also runs a higher risk of developing a neurological disorder known as degenerative myelopathy.

Hollywood’s famous German Shepherds – Strongheart and Rin-Tin-Tin – both have stars on the Walk of Fame in Los Angeles.

Ace, the Bat-Hound, is Batman’s pet dog in the comics. He is a German Shepherd.

Getting a German Shepherd

As with any other pup, you should put careful thought and consideration into your decision to get a dog. Factors that affect this decision include the size of your home, whether your family is ready for it and if your lifestyle is suited to a German Shepherd companion.

You can choose to adopt from a rescuer. If not, you should be sure you’re getting your German Shepherd from a responsible, reliable, and experienced dog breeder.

Suited for family and with a keen eye for safety, German Shepherds are great additions to your life. Add one to yours and watch the happiness in your life increase with your new best friend. 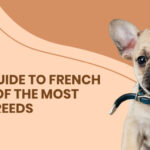 The Essential Guide to French Bulldogs. One of the Popular Dog Breeds

Should I own a Terrier Dog? 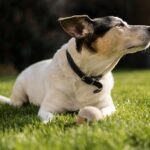