The Essential Guide to French Bulldogs. One of the Popular Dog Breeds

Introduction to the French Bulldog

The French Bulldog, also known as Frenchies, or Bouledogue and Bouledogue Français in French, is one of the most adorable companion dogs around.

This breed of dog is hugely popular amongst people living in the city, owing largely to their small stature.

French Bulldogs bear a strong resemblance to regular Bulldogs, except for their big, bat-like ears. Their ears also happen to be the French Bulldogs’ most recognizable feature – contributing greatly to how cute they look.

The history of the French Bulldog is most definitely an interesting one. Although the word ‘French’ is a part of the breed’s name, this inclusion is a bit of a misnomer.

More accurately, these dogs were bred in England to be raised as miniatures. The ‘French’ part of their identification was born when they accompanied English lacemakers to France.

The breed is a mix of Toy Bulldogs that were imported from England, and terriers and ratters in Paris, France, going all the way back to the 1800s.

When the horrific blood sport of bull-baiting was decreed illegal, many regular Bulldogs found themselves out of work.

Their use was evolving into one of a companion breed. To make them smaller, they were mixed with terriers and ratters, resulting in the Toy Bulldog.

Around the same time, English lace workers were moving to Normandy in France, finding more work there after the Industrial Revolution.

They brought many dogs, including the Toy Bulldog along with them – a breed that eventually came to be known as Bouledogue Français.

The French Bulldog belongs to the Non-Sporting Group. This is considered the most unique group, comprising dogs that don’t really fit into any other group.

Over the years, French Bulldogs have definitely lived up to their companion dog description.

They grew to become the favorite of Parisians, especially with patrons of the city’s famous cafes.

This breed of dog eventually made its way to American high society, featuring in the Westminster Kennel Club Dog Show in 1896.

French Bulldogs were even the members of famous families like the Rockefellers and the J. P. Morgans.

The French Bulldog took more time to be accepted in its country of origin because of the English people’s loyalty to the regular Bulldog.

The French Bulldog is a miniature version of the regular Bulldog. The American Kennel Club dictates that this breed should be “muscular, with a soft and loose coat forming wrinkles.” As mentioned before, their signature feature is their upturned, bat-like ears.

Their height averages around 11-13 inches. They generally weigh under 28 pounds. They have large and square heads, with heavy wrinkles and a nose that is similar to the flat-faced snout of a Pug.

French Bulldogs have dark, black eyes. Their coats are silky, fine, and short. They come in a variety of colors like brindle, cream, white and fawn.

As is common with most companion breeds, the French Bulldog requires close interaction with their humans. They are happy and loving dogs.

French Bulldogs are alert pups which qualifies them as good watchdogs. This is, however, countered by their general quietness – meaning there isn’t much barking with this breed. In line with their Parisian ancestors, French Bulldogs are built for life in the city and get along well with families, kids, and other breeds of dog too.

They don’t require too much exercise but need loads of attention, a lack of which might result in separation anxiety.

They are known as clown dogs in the pup world. This is because of their fun-loving personalities.

Grooming and Caring for French Bulldogs

French Bulldogs have short, smooth fur. Their fine fur contributes to their appeal for small city houses. Despite shedding, the fineness of their fur means that cleaning up isn’t too much of a painful process.

Even though they have short coats, it’s recommended that they are brushed regularly to maintain a healthy shine.

They are quite a clean breed to own, which also implies that they don’t need to be bathed very often. A good indicator of when bathtime is required is by observing when they get visibly dirty.

It’s important to note that this breed is prone to skin issues, so it’s imperative to consult your vet about which type of shampoo to use.

Stay away from getting their faces wet during bath time. This is suggested because of the tendency for moisture to get trapped between their facial folds, resulting in infections at a later stage.

Their nails should be clipped regularly to prevent them from feeling pain.

French Bulldogs have a skull malformation brachycephaly that was increased by the breeding selection, leading to Brachycephalic airway obstructive syndrome.

This is why you’ll notice that a lot of dogs from this breed often pant with their tongue out, even with the smallest amount of exercise or walking.

French Bulldogs are also prone to obesity, so care has to be taken of their diets and calorie intake.

The American Kennel Association puts their lifespan at an average of 11 to 13 years.

French Bulldogs can be a little stubborn and might not always listen to what you have to say but this can be managed through training, especially when carried out in the puppy stage.

They respond well to positive reinforcement and love treats, so make sure to incorporate a rewards system in your training program. French Bulldog puppies should ideally be socialized by the time they are 14 weeks of age.

With their tendency to grow obese, French Bulldogs need careful monitoring in terms of their food habits. Treats and table scraps should be shared with them with restraint.

A French Bulldog can be the cutest source of happiness for your home. With their joyful temperament and happy nature, they make the ideal companions for your city lifestyle.


Affiliate Disclosure
This website is supported by its readers. Please assume that all links are affiliate links. If you make a purchase from one of the links we will make a commission from Amazon. Thank you. 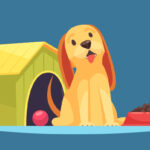 The Essential Guide to German Shepherds: One of the Most Popular Dog Breeds 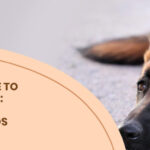