My Dog Comforts Me When I Cry. Find Out Why. 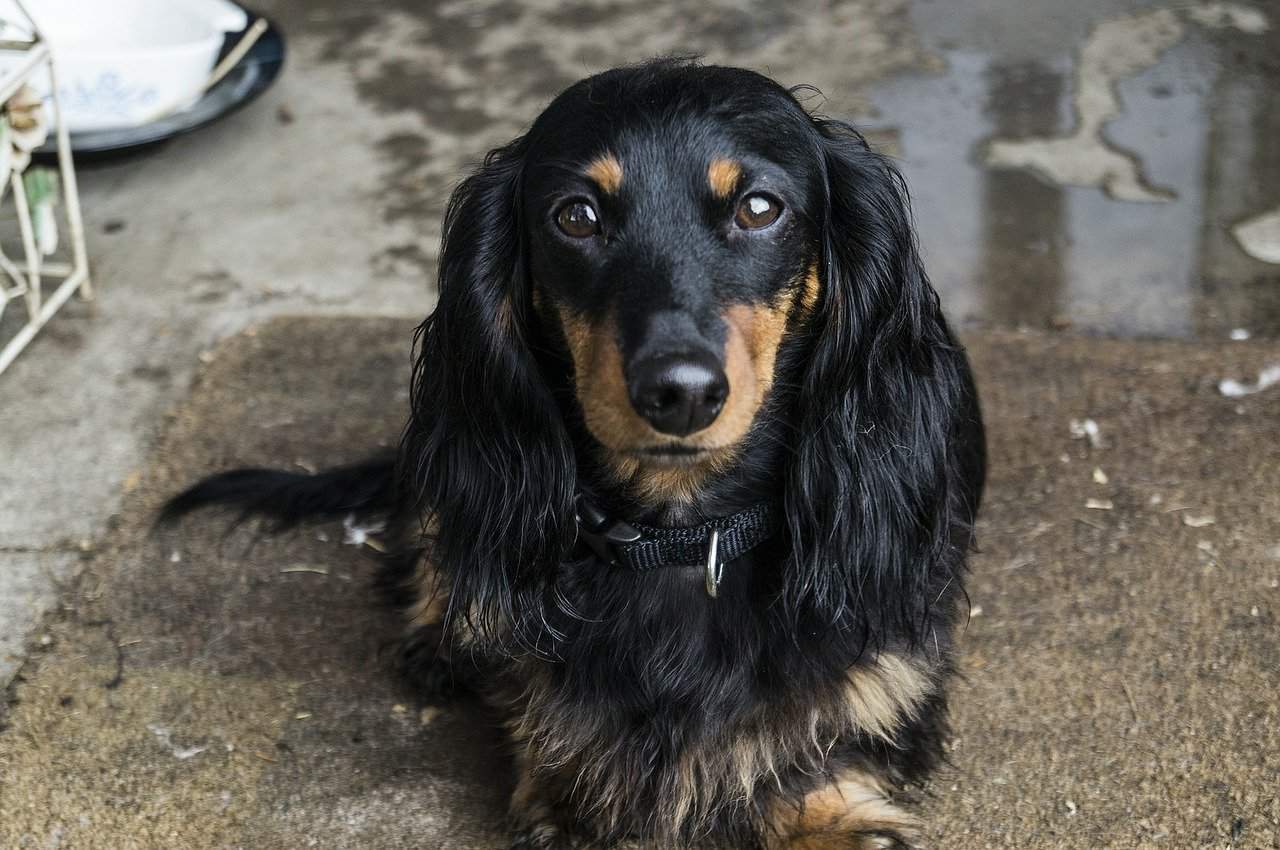 Studies have shown that dogs can empathize with humans when they’re upset. They even comfort crying strangers and cross obstacles to get to their owners in distress. All in all, our furry friends have a way of making us feel better when we need it the most.

My Dog Comforts Me When I Cry

I don’t know about you, but my dog comforts me when I cry. As soon as it knows that I’m upset, it comes over and gives me a little headbutt to show me that it cares. It even brings over toys to make me feel better.

If you’ve ever watched After Life, you may remember that touching moment from the Season 2 finale, when Tony’s German Shepherd, Brandy, comes to console him when he breaks down in tears after his father’s funeral.

To be honest, in tough times like those, such a companion can prove to be incredibly comforting. We all get sad from time to time — it’s just part of life. But when you have someone to share that sadness with, it’s much easier to handle.

However, my dog doesn’t only comfort me when I’m down — it also shares my happiness. When I’m feeling upbeat, my dog jumps, spins, and barks. It’s almost incredible how much his barking resembles human laughter!

All in all, every dog owner will tell you that dogs do indeed have emotions, as well as the ability to read other people’s emotions, a.k.a. empathy. But what does science say?

My Dog Comforts Me When I Cry — Does That Mean It Can Feel Empathy?

When it comes to animals and emotions, there’s been plenty of debate in both the scientific community and the general public.

Most people, animal lovers especially, claim that animals can feel emotions just like humans. In addition, most dog owners will tell you that they can discern different emotions in their furry companions.

Although it’s debatable whether animals have the same “depth” of feelings as humans, that’s not enough to disprove their existence. They’re undeniably present, whether you want to see them as innate or learned and attributed. However, we need more research before we can make any definitive claims about the nature of these emotions.

Studies Suggest Dogs Can Be Empathetic

So, we’ve established that animals have feelings of their own. But, what about empathy, i.e., the ability to put yourself “in someone else’s shoes” and feel what they’re feeling?

Even though dog owners can attest to this being true, some people claim that canine empathy is only due to “emotional contagion.” According to them, dogs only approach their owners to seek comfort for themselves.

Others, however, claim that dogs are only curious about the unusual behavior that their human is displaying. That’s why they approach them when they’re crying.

A 2011 study conducted by D. Custance and J. Mayer suggests that dogs do indeed react to people when they’re in distress. Using a test that was originally designed for toddlers, researchers managed to find out more about the dogs’ intentions.

The test involved the dog, the owner, and a stranger, who took turns performing two actions in front of the dog — crying and humming a song. Humming symbolized the strange behavior that dogs supposedly react to.

While some dogs ignored crying altogether, most of them reacted to it by approaching the person and comforting them in some way. Given that the dogs comforted both the crying owner and the crying stranger, the claim that dogs approach their owners to seek comfort was disproven.

Also, the dogs didn’t react much to the humming. Thus, it’s clear that their main motivation for this behavior isn’t sheer curiosity either.

We know that dogs tend to react to the distress of their owners. But how far are they willing to go?

There’s a more recent study that shows how dogs respond to humans crying. It was conducted in 2018 by Sanford, Burt, and Meyers-Manor, and it involved only dogs and their owners.

Similar to the previous experiment, the owners were instructed to cry, but this time, there was a barrier between the two of them. Results show that most dogs managed to break through the barrier just to get to their upset owners and comfort them.

When it comes to dogs who didn’t try to open the door, researchers explained that they were too stressed to do anything, but they still felt empathetic toward their humans.

Although these studies aren’t enough to claim that dogs feel empathy, they’re a good introduction to our understanding of such behavior. Besides that, they’re all we have to go off at the moment.

Cues That Your Pup Responds To

Even though scientists agree that dogs have the ability to respond to our emotions, it still amazes me how accurately my furry companion senses my mood. My dog comforts me when I cry, but it also knows when I’m in the mood to go for a walk or a run.

I’ve always wondered how dogs get to know their owners so well, especially since some people tend to be oblivious to other people’s feelings. As it turns out, we actually give out a number of cues about how we feel. And dogs just seem to pick up on these naturally:

Since dogs also use facial expressions and body language to communicate with each other, recognizing human emotions comes naturally to them. For instance, they can easily estimate our stress level simply by watching us walk. The more tense our gait is, the more stressed out we are, and our dogs can see that.

In addition, research shows that they can easily see the difference between happy and angry facial expressions. For example, if you look hostile, the dog will take it as a warning to keep its distance. However, we’re still not sure if they can distinguish any other emotions on our faces.

Studies show that dogs’ abilities go far beyond simple command distinction and voice recognition. In fact, dogs can judge the tone of your voice and know whether you’re happy, angry, or sad. On top of that, one study indicates that they pay more attention to the tone of our voices than to what we’re saying.

Dogs actually use their sense of smell to communicate with each other. Since it is considerably stronger than ours, they rely on it much more than we do.

Because of that, some people claim that dogs have the ability to smell certain diseases in humans. Allegedly, dogs can detect conditions such as epilepsy, malaria, and several types of cancer, even before people notice the symptoms. In the same fashion, they can detect changes in our mood, based only on how we smell.

Even though my dog comforts me when I cry, it also wants to play when I’m bored. Dogs will react differently, depending on their owner’s mood. However, the following few methods are typically how dogs choose to comfort us when we’re sad:

Our dogs love to cuddle up next to us when they sense that we’re feeling bad. Your furry friend might curl up in your lap, lie down next to you, or expose its belly for you to rub. I don’t know about you, but nothing lifts my mood more than my goofball hopelessly trying to fit into my lap, even though he weighs more than an average fifth-grader!

When upset, some people prefer keeping busy staying in bed and crying. Fortunately, a dog will sense that, and it’ll try to cheer you up accordingly. It’ll bring you toys, then try to snatch them away, or it might ask for a walk. Whatever the case may be, it’ll surely lift your spirits. Plus, it’s also a great way for you and your pup to stay active.

On the other hand, some of us just like to be left alone when we’re feeling down. Fortunately, dogs can sense when their owners want to be by themselves. They’ll provide us with the space we need, but when the time comes, they’ll be back with all the love and affection they can give us.

Why Dogs Are So Comforting

The reason dogs can have a therapeutic effect on us lies in the simplicity of the human-dog relationship. Unlike our relationships with other people, which always have some kind of a filter, our bond with dogs is based on pure emotion and loyalty. The dog will never judge you or question your actions; it will only provide you with endless love and support.

My dog comforts me when I cry without asking for an explanation. It just gives me that adorable look and asks for a belly rub and a hug. So, in essence, our dogs can teach us all a thing or two about living a happy life. We just need to pay more attention.

My Dog Comforts Me When I Cry — How Should I Respond?

In case your dog doesn’t come to you when you’re sad, don’t worry. That doesn’t mean that it doesn’t love you. It’s just that it has its own ways of dealing with negative emotions and situations.

If you are lucky enough to be able to say My dog comforts me when I cry, you know how beautiful those moments can be. It’s a great way to bond with your pup, after all. However, if your dog shows you affection when you’re upset, try to give it some love back by scratching its favorite spot. That way, you’ll reinforce this empathetic type of behavior, which could be beneficial for your relationship in the long run. 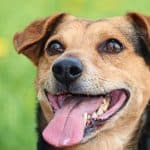 Why Is My Dog Having Accidents Only at Night? 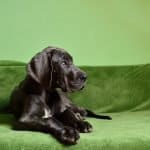