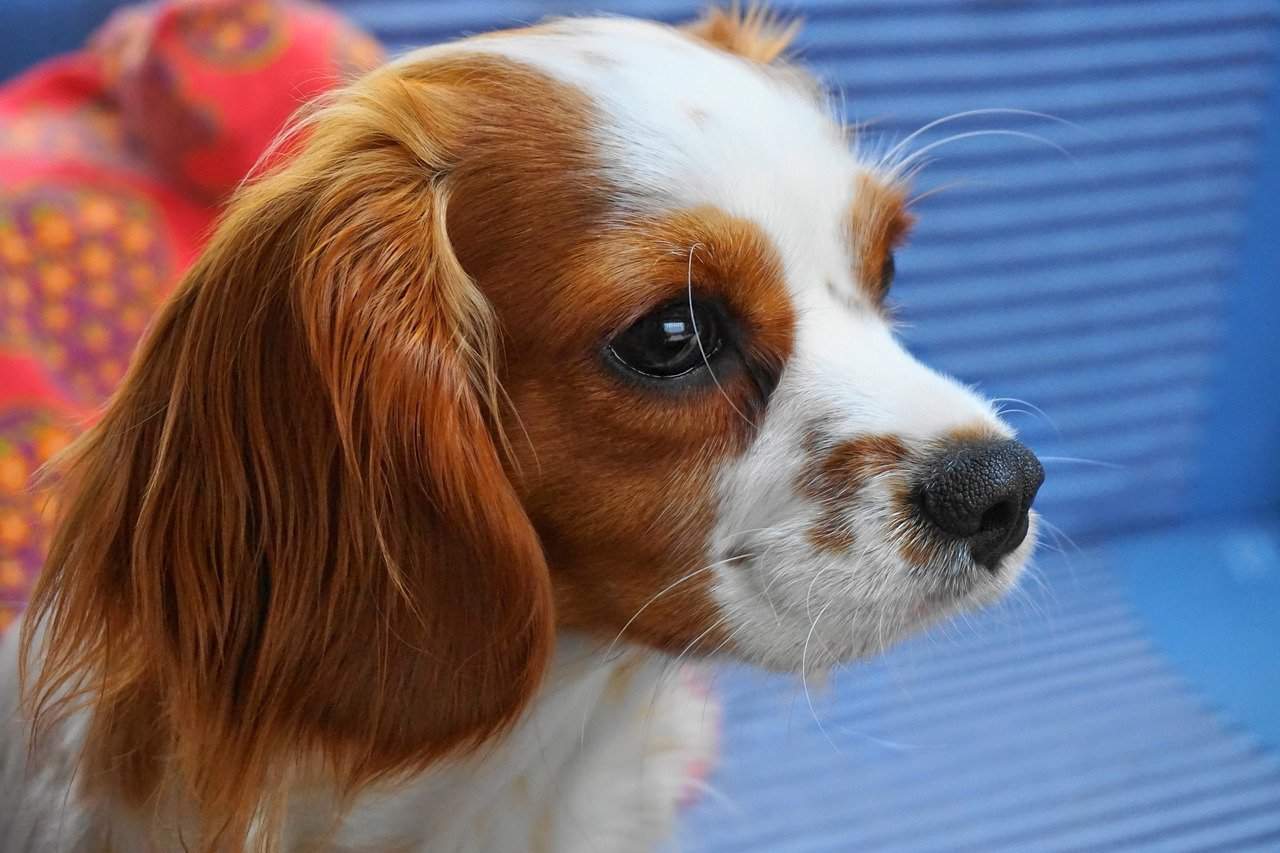 Is your senior dog always hungry? Though it may just be gluttonous when it comes to food, older dogs with an increased appetite often suffer from:

If none of these fit your dog’s symptoms, it might just be extremely hungry due to a nutritional deficiency (poor diet). Otherwise, if it’s on some medications, one of the side effects may be increased hunger.

Our furry little friends are sometimes the only creatures that can bring a smile to our faces, so naturally, we do want to keep them in good health for as long as possible. More often than not, eating habits are overlooked by dog owners, purely because we just believe that dogs like eating due to a lack of control. But what could make a senior dog always hungry? And more importantly, should we be worried?

Of course, most, if not all dogs we’ve ever met, do like nibbling on human food from time to time even though they’ve just been fed, for example. Although food obsessions can be normal among dogs, there are a few conditions and diseases that indicate a more serious issue.

Is your senior dog always hungry? This seemingly never-ending obsession with eating everything and anything that falls under its paws is actually called polyphagia. And no, it doesn’t just indicate that a dog is a glutton. Polyphagia doesn’t just entail overeating from time to time or simply embracing a more hedonistic approach toward food. Dogs who suffer from it become ravenous and cannot help themselves!

The most common symptoms of polyphagia are:

Various conditions can kickstart polyphagia in dogs, but not all of them are life-threatening. Some dogs naturally become hungrier as they grow older due to some medication side effects. In that case, asking the vet for other meds may help ease the symptoms.

Other times, however, our dogs are dealing with diseases and conditions that often plague us, humans, too.

Conditions and Diseases That Make a Senior Dog Always Hungry

Diabetes mellitus is one of the most common conditions that can make a senior dog always hungry. In fact, it’s so widespread that it’s believed to affect 1 in every 160 dogs.

There are two main reasons for a diabetes onset, which are used to differentiate Type 1 from Type 2. In the case of the former, the dog’s pancreas is unable to produce enough insulin. That’s actually the type most, if not all dogs have. Type 2, which occurs when cells aren’t able to utilize insulin properly (insulin resistance), can be found in cats but not that often in dogs.

If a dog has diabetes, it may experience:

Despite what you may believe, diabetes in dogs may make them lose weight. Since their bodies aren’t able to utilize the sugars and nutrients they get from food for energy, they keep overeating. Their hunger is never fully satisfied, so naturally, they combat that by eating more so that their bodies don’t starve.

Due to a possible genetic predisposition, certain breeds are more prone to diabetes, including:

The condition will have to be managed with a proper diet and enough exercise. If the dog’s pancreas isn’t producing insulin, it will have to receive daily shots of it as well.

Cushing’s syndrome mostly affects middle-aged and older dogs, and it can strike a dog in its golden years due to two possible reasons.

About 80 to 90% of animals, including dogs, get Cushing’s because of a pituitary gland tumor. The rest actually suffer from the adrenal-dependent variety, which occurs in the case of a tumor in one of the adrenal glands. If the dog has been treated with steroids, it’s also possible to get the iatrogenic Cushing’s syndrome.

This disease is somewhat difficult to diagnose due to its symptoms sharing many similarities with normal aging signs. They include:

If the tumor cannot be removed, dogs with Cushing’s disease will have to be treated with medication, such as Vetoryl. This drug would work for both dogs that have a pituitary gland tumor and those with an adrenal gland tumor that cannot be removed. However, the latter is best to remove surgically.

In case the dog’s body is producing too much of the thyroid hormone, increased hunger may be a telltale sign of hyperthyroidism. This disease, albeit a bit rare among dogs, can still be quite serious if not properly managed. It usually occurs because of thyroid carcinoma, over-functioning thyroid nodules, or as a side effect of hypothyroidism medication.

The most common symptoms include:

Treatment will vary depending on the cause. If the nodules are the main issue, they may be managed with medication that would limit their function. If, however, the dog has hypothyroidism and is taking meds for it, those medications and dosages may have to be changed.

In the case of thyroid carcinoma, the vet may decide to take out either the thyroid gland or the tumor. However, removing the whole tumor or at all might be sometimes impossible. Thus, radioactive iodine therapy is another option.

Just because Fido loved and responded well to one type of food when it was two years old doesn’t mean we’ll get to feed it the same brand until the rest of its life. At some point, its nutritional needs may change. In fact, most older dogs crave more bioavailable nutrients and better-quality protein. As it stands, these don’t require the dogs to work hard to draw energy from them.

But how can we tell if the diet is all wrong for our dog? Well, it will become ravenous and try to get more vitamins and minerals by eating more food. It may also exhibit the following symptoms:

The dog may also refuse to eat in some instances, which is a clear sign that there’s something wrong with its food. Luckily, we can remedy the situation by checking the labels and asking our vet for food recommendations. Even if another brand of food costs more, it’ll be worth it once we see our pup all energetic again!

Unfortunately, certain intestinal parasites or worms can also affect our dog’s appetite and make it ravenous all of a sudden. When they make our dog’s body their home, they will start stealing all of its nutrition. No matter how much the dog eats, it’s likely that it won’t be able to get all its nutrients. As such, it will try to compensate for that by eating even more.

The most common parasites are heartworm, roundworm, hookworm, and tapeworm, but there are a dozen different species we have to be mindful of. In most cases, the symptoms include:

In order to treat the condition, we’ll have to give the dog deworming tablets, which should kill the infestation.

Finally, Canine Cognitive Dysfunction may also make a senior dog always hungry. As you may have guessed, this is a form of canine dementia that occurs when the dog’s cognitive functions weaken as it gets older.

Of course, the dog won’t only exhibit appetite changes. More often than not, if an older dog has CCD, it will:

Unfortunately, there is no cure for CCD, but you can give your dog prescription drugs and supplements to make it’s final days easier or even slow down the cognitive decline. In the U.S., vets most often prescribe Anipryl, which is even FDA approved for dogs and used by humans in the case of Parkinson’s.

So, what makes a senior dog always hungry? It could be that your pup simply loves food and doesn’t mind having a few more lumps here and there. However, more often than not, the sudden change in appetite comes down to one of the conditions mentioned above. Because of that, I urge you to pay attention to any other possible symptoms and take the dog in for a checkup. Why risk it when there are ways to treat or manage the disease and improve the remainder of your dog’s life in the process? 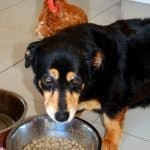 Old Dog Suddenly Food-Obsessed — What Do I Do?

My Dog Kicks Back Legs When Excited — Should I Do Something About It? 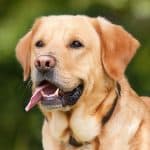