Are Labradoodles Hypoallergenic? A Helpful Guide 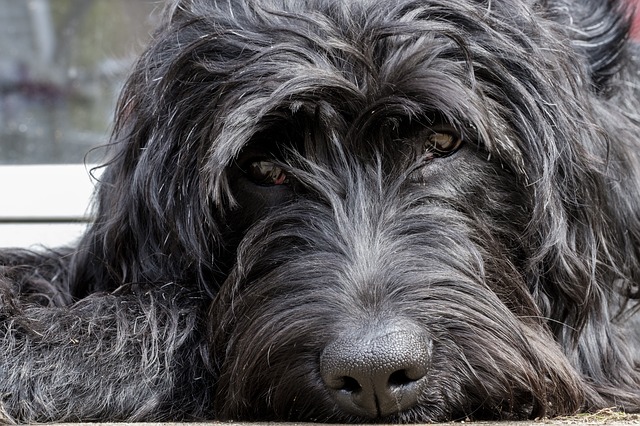 Many families, despite loving dogs, cannot own one due to one or more family members being allergic. These individuals will often turn to hypoallergenic breeds, like the Labradoodle, to fill the void in their homes while avoiding an allergic reaction. Is the hypoallergenicity of Labradoodles a marketing strategy or an irrefutable scientific fact?

“Lifestyle” dogs, like the Labradoodle, are often considered hypoallergenic dogs based on anecdotal evidence, despite a lack of scientific proof. Prospective Labradoodle owners need to understand the complexities of dog-linked allergies to make an informed decision. Many allergic people are pleasantly surprised that they may not be allergic to all Labradoodles and can happily cohabitate with their dream dog!

Why Are Some People Allergic To Dogs?

A person’s immune system is a marvelously effective but highly complex system that protects people from diseases, trauma, and infections. An allergy is the product of a hypervigilant immune system overreacting to a harmless substance, like dog dander, pollen, and gluten.

The body is exposed to the harmless substance during allergic sensitization and responds by making immunoglobin class E (IgE) antibodies. IgE choreographs an inflammatory response causing a range of symptoms that may include:

Researchers have discovered that three broad protein groups produced by dogs and cats are responsible for the allergic response seen in some people. The three protein classes are kallikreins, secretoglobins, and lipocalins.

Over 50% of individuals with dog allergies are allergic to the lipocalin protein found in a dog’s urine, saliva, and skin cells (dander).

Why Are Allergies To Dogs Becoming More Common?

Over time the role of dogs has adapted and evolved, as has their relationship with humans. Initially, dogs were working animals that primarily lived outdoors; however, people’s view of dogs has shifted.

Modern dogs are viewed as family members who live in the house amongst the people. The daily interactions and close living quarters increase people’s exposure to allergens which can induce allergic sensitization amongst older children, teenagers, and adults.

Between 2010 and 2015, pet ownership amongst Americans went up by 3%, and it is estimated that approximately half of all American households own at least one dog. A significant portion of these dogs is classified as indoor pets.

Based on anecdotal evidence, many blogs and websites divide dog breeds into allergenic and hypoallergenic.

To be classified as hypoallergenic, a Labradoodle would need to do one of two things:

Labeling any dog breed hypoallergenic is not scientifically accurate, although a person’s allergic sensitivity to individual dogs may vary.

Do Labradoodles Trigger Allergic Reaction In All People?

While Labradoodles may not be scientifically recognized as hypoallergenic dogs, the fact remains that many people suffering from dog-related allergies do not show a reaction when exposed to a Labradoodle.

Three variables may explain the low allergenicity of Labradoodles:

A Labradoodle’s Parentage And Coat Type

Labradoodles are designer crossbreeds that are created by crossbreeding Poodles and Labradors.

Dog breeders often classify Poodles as hypoallergenic due to their tightly curled, low-shedding coats and minimal drooling. However, Labradors, the other half of a Labradoodle’s parentage, are listed as allergenic dogs.

Many breeders have chosen to focus on F2 (i.e., second-generation) Labradoodles due to the perceived hypoallergenic of these dogs. The F2 cross may be achieved by crossing two F1 Labradoodles with each other or crossing an F1 Labradoodle with a purebred Poodle.

The F2 cross created from two F1 Labradoodles does not show improved hypoallergenicity. However, an F2 cross with a 75% Poodle and 25% Labrador mix will show more Poodle traits and thus be less likely to trigger an adverse reaction amongst people who are allergic to dogs.

As mentioned, the amount of Canis familiaris produced and shed by dogs shows significant variations between individual dogs.

A 2010 study found that homes with altered (i.e., neutered male dogs and spayed female dogs) had higher levels of Canis familiaris 1 when compared to houses with unaltered dogs.

It is reasonable to conclude that people with Canis familiaris one dog allergies should preferentially select male Labradoodles.

The Allergen-Specific Reaction Of Individual People

Early in the article, I mentioned that 50% to 70% of dog-based allergies are linked to lipocalins, specifically the lipocalin Canis familiaris 1.

Thus, 50% to 30% of individuals allergic to dogs are allergic to the secretoglobins and kallikreins produced by dogs, not the more common lipocalin-linked allergy.

Secretoglobins and kallikreins have not been studied to the same extent as lipocalins.

Preliminary research has found that kallikreins are present in higher concentrations in urine than dander. Thus, individuals with kallikrein can manage their dog allergies better than those with lipocalin allergies. It is much easier to control when and where your Labradoodle goes to the toilet than when and where your Labradoodle breathes or sheds dander!

Prostatic kallikreins are significantly higher in unneutered males than in neutered males. Individuals with kallikrein-specific allergies should choose Labradoodle females.

The predominant allergen shed by cats is a type of secretoglobin, FEL D 1, whereas, amongst dogs, the major allergens are lipocalins. Individuals with secretoglobins-linked allergies are unlikely to develop adverse reactions when exposed to Labradoodles.

How Do I Know If A Labradoodle Will Trigger My Allergies?

While Labradoodles are not considered hypoallergenic, the reactions of allergic individuals to Labradoodles vary significantly between dogs.

Individuals with severe or life-threatening dog allergies should consult their doctor before entertaining the idea of owning a Labradoodle or other dog breeds.

People with minor dog allergies can “test” themselves with different Labradoodles to see if a specific dog elicits a reaction.  Gradually increasing the time spent with a Labradoodle will allow prospective owners to determine whether the Labradoodle is a good fit.

Ideally, the allergic person should incrementally increase the time spent with one Labradoodle while monitoring themselves for allergic reactions.

If the Labradoodle does trigger a reaction, give yourself two weeks to a month with no dog contact before attempting to spend time with another Labradoodle. This time off allows your body to restabilize and not confuse the picture with lingering allergic symptoms when meeting with a different Labradoodle.

How Can I Test My Allergy To A Labradoodle?

An allergic person’s gradual introduction and habituation to a Labradoodle cannot be performed at a shelter. The environment is contaminated with allergens released by other dogs housed in the shelter and will cause a false-positive reaction in the allergy sufferer.

This method of “trying out” and testing your response to a specific Labradoodle is best done if:

It is important to remember that allergies may develop in response to other dogs on the breeder’s property, which may be mistakenly attributed to the Labradoodle you are working with.

Should People With Dog Allergies Get Labradoodles?

People with severe life-threatening dog allergies should not get a Labradoodle unless they have consulted with their doctor. Getting a dog, even one as lovable as a Labradoodle, should not be at the cost of your life!

The decision on whether to get a Labradoodle for individuals with minor to moderate dog allergies is highly personal.

While individual Labradoodles may elicit different reactions amongst allergic people, there is a high risk that an allergic person will continue to struggle with low-grade symptoms. These symptoms can be managed with medication, general hygiene, and limiting your Labradoodle’s access to specific rooms in the house.

If you or your allergic housemate are willing to make these compromises for the privilege of owning a Labradoodle, then getting a Labradoodle is a life-enriching opportunity.

A few people will show no allergic reaction when exposed to their Labradoodle and thus do not have to make the near-impossible choice between chronic health issues and to own their dream dog.

Should I Keep My Labradoodle Away From My Baby?

Children exposed to the microbial allergens released by dogs while in-utero and during the first year of their life are less likely to develop pet-linked allergies later in life. Researchers have developed a greater understanding of the link between early-life microbial diversity and allergy development in recent decades.

Most large-scale studies and meta-analyses of research results indicate that children living in microbially diverse environments (e.g., farms) are less likely to develop food, pet, and respiratory allergies. Thus, early exposure to Labradoodles may assist your child in avoiding a dog allergy later in life.

Do Children Grow Out Of Dog Allergies

It is important to note that allergy sensitization and desensitization are individually determined processes. Some children grow out of their dog allergies and may find that they have reduced or even no symptoms when exposed to dogs in their later years.

However, other dog-allergic children become progressively more sensitized during each dog interaction. Children with severe life-threatening dog allergies should avoid all dog interactions.

Is My Child Allergic To My Labradoodle?

Before rehoming your Labradoodle due to your child’s allergy, it is essential to determine if your child is truly allergic to your dog or something associated with your Labradoodle. A specialist allergist will assist you, and your child in identifying their specific allergen.

You may find that your child is allergic to the plant your Labradoodle loves to roll in rather than the Labradoodle itself. It is easier to remove a bush than rehome your beloved Labradoodle!

According to the research done in the past few decades, hypoallergenic dog breeds are a myth! Labradoodles are often marketed as hypoallergenic based on anecdotal evidence; however, scientific studies have not supported these claims. 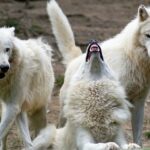 Are Beagles Hypoallergenic? A Helpful Guide 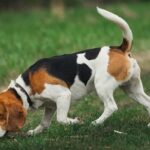