Why Does My Dog Fart So Much and Stink? — All About Your Pet’s Toots 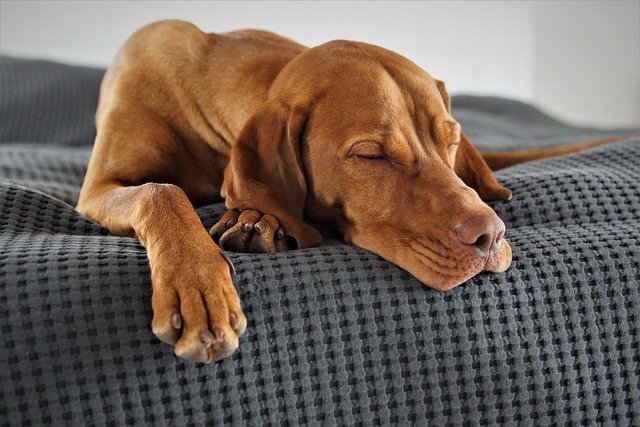 Have you been asking yourself “Why does my dog fart so much and stink?” but still cannot pinpoint the cause? As it turns out, there are a couple of reasons your pooch may be generating smelly farts:

Why Does My Dog Fart So Much and Stink?

As an avid dog lover, you could say that I have seen it all with my dogs over the years. Today, there’s hardly anything that could surprise me! However, flatulence is one issue that I am battling daily with my pooches. Ever since I first got a whiff of my rescue’s natural gassy odor, there has only been one question on my mind — why does my dog fart so much and stink?

Now, don’t get me wrong; with years of dog ownership under my belt, I am well aware that dogs can pass gas as much as humans. Nevertheless, flatulence doesn’t have to be a stinky affair. In reality, with a good diet, plenty of exercises, and a calm lifestyle without any food binging, farts don’t stink so much.

So why does my dog fart so much and stink? Well, there are quite a few reasons for extremely stinky flatulence in dogs. Let me tell you what I’ve discovered and what I’m doing to help my dog become less gassy.

Why Does My Dog Fart So Much and Stink? — The Main Causes

Unfortunately, some owners don’t become aware of how bad their dog’s diet is until their pet has stunk up the whole house. That’s when they really have to assess what they’ve been feeding it and if they can switch to other brands.

The main reason dogs have stinky farts is a high-fiber or a high-fat diet. In case you’ve been feeding your pooch high-fiber foods, such as most vegetables, fruits, and grains, don’t be surprised if its farts start melting windows soon. These lead to bloating and increase the amount of fiber-digesting bacteria found in your pooch’s gut. The byproduct of these bacteria is stinky gas.

On the other hand, maybe you’ve been focusing on fatty foods more or even letting your dog eat your food scraps. If the pooch is on a high-fat diet, it’s possible that digesting food is simply taking too much time. As such, the gas gets trapped in the gut and is eager to get out. Worst of all, flatulence isn’t the only concern here — fatty food is just not good for your dog’s overall well-being.

Now, high-fat and high-fiber diets aren’t the only concern here. There are a couple of foods that are simply too difficult to digest, not just for dogs but us humans too. Legumes such as beans, soybeans, and peas are notorious for the farts that accompany them. These should definitely be avoided in your dog’s diet.

Spoiled food is an obvious farty culprit too. Of course, I’m not saying that you would intentionally give your dog bad food. The problem is that dogs do like to scavenge for food outside, rummage through trash, and even eat stuff they shouldn’t, such as other animal’s poop. To that end, it’s not surprising for them to deliver some epic farts later on — that stuff was bad even before it met the gut bacteria!

Problems with digestion occur due to spicy food as well. In general, dogs shouldn’t eat spices; their meals can and should be bland, with little to no spices at all, including salt. If they happen to get their paws on some spicy dishes, they’ll most likely bloat and experience lots of farts.

The why does my dog fart so much and stink conundrum made me go the extra mile in my research. However, finding the right explanation for my dog’s flatulence wasn’t as easy as I thought.

While researching, though, I found out various things I never knew about dogs, including that they can be lactose intolerant. For someone who has had a lactose sensitivity all their life, I certainly know what they go through each time they have some milk.

Dogs aren’t born lactose intolerant — the enzyme lactase is able to break down their mother’s milk when they’re young. However, as soon as they are weaned, this enzyme becomes practically dormant, causing dogs to tolerate barely any dairy at all. If they have too much, they may experience flatulence in excessive amounts, not to mention an upset GI tract.

But how can we know for sure if our pooch is sensitive to certain foods? Well, the only way is to try to weed out the culprit. We can put the dog on a restricted diet and see if its condition improves. Then, once we start adding foods to the diet again, we’ll be able to confirm which ones are the fart enablers.

Our pooches have a very sensitive digestive system, so whenever we’re trying to introduce a new food, we have to do it slowly. The best course of action would be to swap out their regular food for the new one in small increments over a few weeks.

Going all out right off the bat can easily cause digestive problems, as we didn’t allow enough time for the dog’s stomach and intestines to get used to the food. As a result, the dog may experience excessive (and rather smelly) farts, and even diarrhea and vomiting.

The worst fear of any owner out there is that their pooch may be sick. Unfortunately, smelly farts can either be very benign or actually serious.

If you notice that your pooch has been passing some very stinky gas recently, I suggest assessing its behavior and trying to find some other clues. Usually, when dogs have a gastrointestinal disease that’s causing extreme flatulence, they may also display some other symptoms, such as vomiting or diarrhea. Their behavior may also change, and they may become less excited about food or treats in general. Some may experience discomfort too.

Of course, I never suggest treating these conditions alone. If your dog has been experiencing smelly farts for a while, it’s best to take it to the vet to see whether any of the following diseases may be the cause:

Farts Also Happen When the Dog Gets Too Greedy

I cannot end this list without mentioning that many farts actually happen because dogs are simply greedy. Whether they are ravenous and have an issue with pacing themselves when eating or they’re trying to compete with other pets, they will ingest a lot of air while gobbling the food. Still, if their diet is pretty good, these farts may not stink so much.

The issue is prevalent in brachycephalic breeds because of the nose’s position. All breeds can experience it, though.

Why Does My Dog Fart So Much and Stink? — Eliminating the Toots

Gradually Switch to a New, Healthier Diet (See my recommendation from Amazon here)

As mentioned, it’s crucial to change your dog’s diet gradually so that its stomach and intestines don’t react badly when they come in contact with new food. I suggest switching to a better brand of kibble and looking through the ingredient list. Make sure the food is low in fiber and fat but high in protein. Try to avoid brands that contain soy, wheat, and corn, too, as these won’t help at all.

Split Large Meals into a Few Smaller Ones

If you have a greedy eater, it’s time to pull the plug on large meals and overhaul your dog’s routine. Instead of giving the pooch a huge bowl of food twice a day, aim to feed it in smaller increments. That way, its stomach will have enough time to digest the food properly, and it won’t overeat or take in too much air.

The question of Why does my dog fart so much and stink? can also be explained by taking into account the environment at home. For example, one of my dogs actually started eating faster once I brought a new addition home. It thought its mealtime was threatened, so it tried to gulp down as much food as possible!

Of course, that will only lead to flatulence because the pooch is swallowing a lot of air while rushing through its mealtime. Therefore, I do recommend keeping the bowls somewhere private and separating your pets to ensure nobody feels threatened.

The healthier the dog’s lifestyle is, the better its pooping schedule will be. That entails regular exercise, so I suggest focusing on walks after meals to get the digestion going.

Besides, keep in mind that carrying excess weight and not getting enough exercise practically guarantees flatulence. If the dog isn’t moving its body enough to get rid of the gas, it will keep building up and become a chronic issue.

Other great ideas include:

So, why does my dog fart so much and stink? Well, in my case, I can bet that the main cause is a strange food allergy or sensitivity. Right now, my pooch is on a special, restricted diet, so soon enough, I’ll find out what food is causing all this gas.

If you, too, are experiencing similar issues with your pet, I encourage you to try out some of my solutions. However, if there are other symptoms apart from flatulence, going in for a vet checkup is the right choice. In case there’s something seriously wrong with the pooch’s GI tract, the vet will be able to offer not just advice but prompt treatment! 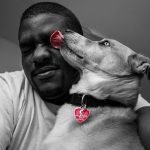 Why Does My Dog Lick My Face So Much?

Why Do Dogs Need Crates? Benefits of Crate Training 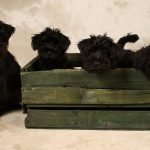