8 Ways To Get A Dog to Wear a Muzzle? 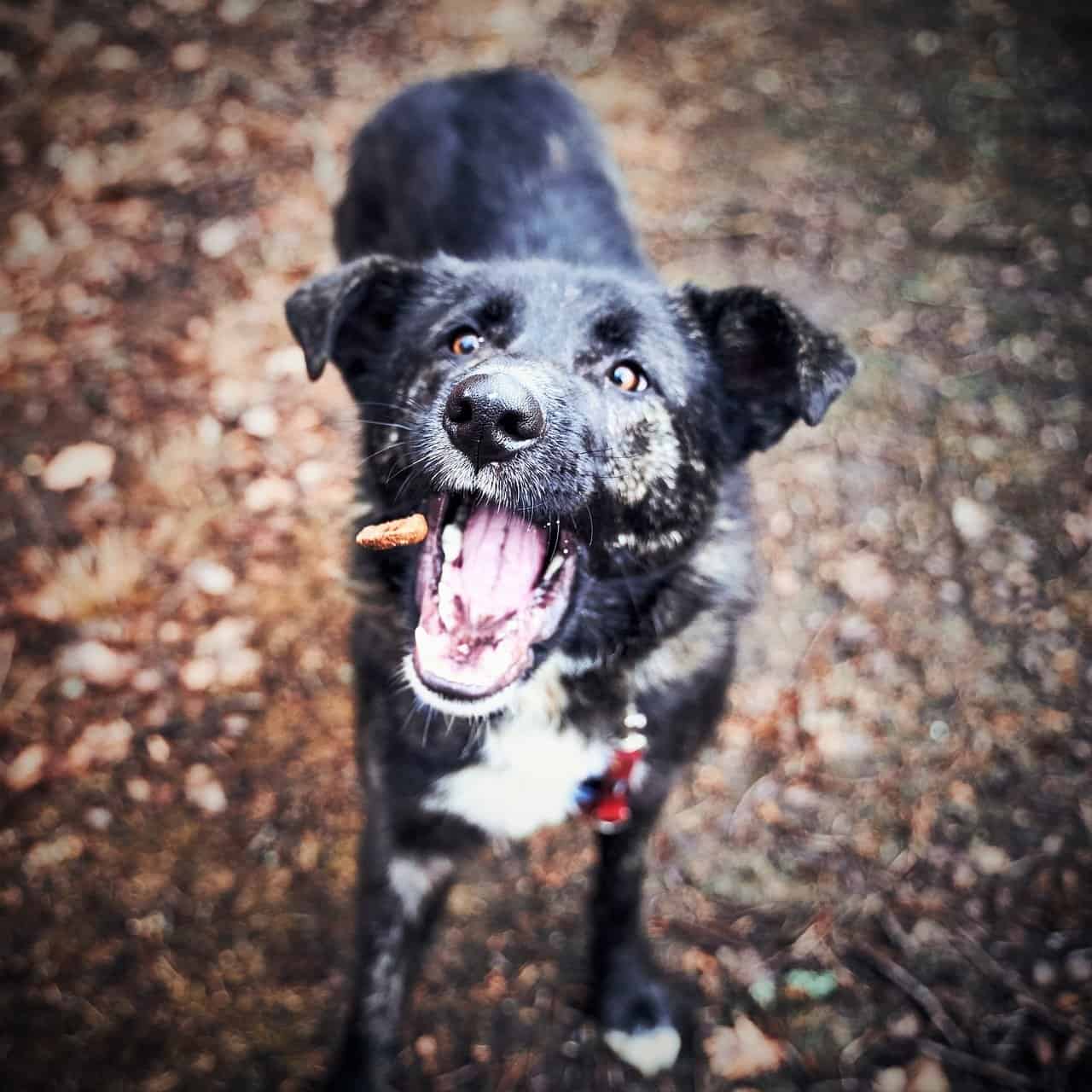 More often than not, I have had to put a muzzle on one of my puppies because of their own safety. Dogs can easily get scared by strangers, and you never know how they’ll react in every single situation. However, before finding a rather rewarding way of getting the dog used to it, I was asking myself the same question as you — how do I get my dog to wear a muzzle without damaging our relationship?

Why was I so worried about this? Well, wearing a muzzle does seem rather restricting. In some cases, it may even be cruel — I wouldn’t like to wear one, you can bet on that.

Nevertheless, I had to consider it when one of my dogs got severely injured. For a while, I couldn’t take it outside, and when I finally did, he did exhibit aggressive behavior. But since I didn’t want to make the muzzle seem like punishment, I had to rely on the one foolproof method that always works with dogs — treat-based training.

How Do I Get My Dog to Wear a Muzzle Every Day to Prevent Chewing/Biting/Barking?

The real question here isn’t How do I get my dog to wear a muzzle on a daily basis, but rather why I should (or shouldn’t) consider it.

Sometimes, when it comes to larger dogs, it’s best to avoid issues at all costs. Even if Fido isn’t troublesome at home, you never know what could happen in the dog park. People are cruel, and animals do have their own preferences when it comes to choosing friends. Therefore, don’t rely on the fact your dog is super quiet and cuddly at home; the outside world could change that in a blink of an eye.

That said, it’s crucial to remember that muzzles aren’t meant for punishment. At best, they are a short-term solution when there’s an emergency, i.e., when the dog is injured or scared, which makes it more prone to biting. Additionally, we should use it when the dog already has a history of biting, especially in stressful situations, such as when it has to go to the vet or is getting groomed. Lastly, a muzzle is a must when we don’t have a choice; some states require certain breeds to wear it outside at all times.

But guess what we don’t need a muzzle for? Biting and chewing! Though some dog owners may think that a muzzle could prevent their pup from destroying their home, in that case, it is a form of punishment. We can resolve these issues through consistent behavioral training, not by restricting the dog to teach it a lesson!

How Do I Get My Dog to Wear a Muzzle? — The Most Effective Method

To avoid frightening the dog, we first have to help it adjust to the idea that the muzzle exists and let it see how it looks. That’s why the natural first step is to keep it about a foot away and let it watch it.

Dogs naturally like to explore new things, so it will become interested in it soon enough. So each time the pup glances at the muzzle, we should give it a treat. However, we need to keep moving it closer to the dog. Once it’s near it, i.e., it can almost touch it, we can proceed to step 2.

Once the muzzle is barely an inch away from the dog, it will likely try to sniff it out. Dogs mainly react with their nose, as it’s their most developed sense, so it will probably want to see what this new item is all about by sniffing it.

Each time it does, we should give it a treat. We ought to repeat the exercise a few times until the pup is comfortable with the muzzle being there and has realized it’s not a threat.

#3 Touching It With Its Nose

Now it’s time to get the dog used to the material the muzzle is made of. For that, it needs to touch it.

It may touch the muzzle on its own, but if not, we have to help the dog learn more about it. Therefore, we can touch its nose with the muzzle, and after each try, give it a treat.

As you can tell, the point here is forming a positive association. The dog shouldn’t see the muzzle as a threat, but as something new that could potentially be interesting and exciting. It should feel like a game!

#4 Licking the Food Off

We’ve blazed through the touching, so now it’s time to give a better reward that should make the dog put its nose into the muzzle. For that, we can use some wet food, or some soft cheese or peanut butter — preferably something the dog loves to eat.

Then, all it takes is to wipe some on the inner edge of the muzzle and let the dog lick it off. Its nose will be in the muzzle while doing so, but since it will focus on the food, it won’t see it as anything strange.

#5 Getting the High-Value Treats

Switching to high-value treats, such as some soft biscuits, we should now cup the muzzle and throw some treats into it. The dog should put its nose inside to get them.

Now, it’s easy to make a mistake here and let the dog take the treats and its nose out immediately. Because of that, we have to keep pulling the muzzle away, making the dog work harder for it — and making it WANT to put its nose into it. Whatever we do, we mustn’t force the muzzle on.

If we want to remove the muzzle, we ought to do it, not let the dog take its nose out. Otherwise, it may think that the point is to take the treats and pull away.

It would be great if we had a stopwatch for this step. We ought to check how many seconds the dog can keep its nose inside the muzzle. Once it passes the 30-second mark, it’s time for step 6.

#6 Keeping Its Nose in the Muzzle

Step 6 is all about slipping the muzzle on and removing it immediately. In the previous one, we had some treats there that the dog had to fetch. Now, there won’t be any treats — but the pup will think there are!

Instead of keeping the treats in the muzzle, we ought to keep them on us and use one hand to slip the muzzle on. Then, once it’s on the dog’s nose, we can give it one treat and remove it.

To ensure positive reinforcement, we will keep slipping it on, giving a treat, and removing it. Each time, the dog should wear the muzzle for a bit longer so that it’s totally comfortable before the next step.

The muzzle has to be stable enough on the dog’s nose so as not to slip away. However, it cannot be too tight — we should be able to fit one finger in there.

For a secure fit, most muzzles come with straps and clips. So to get the dog used to it properly, we now have to introduce those to the equation. We can fiddle with them a bit so that the dog learns the motion we’ll use each time.

Keep putting the muzzle on, giving a treat, fumbling with the straps, and removing it. Once the pup is comfortable enough with us touching the straps and clips, we can finally fasten them.

Then, we ought to just repeat the process again and again until the muzzle is on, and the dog isn’t trying to take it off. Counting until ten, twenty, etc. is a good way of estimating how long it can withstand having the muzzle on.

Finally, it’s time to test how well we’ve trained the dog by taking it for a walk. Of course, we should first do it inside, where it’s completely safe. We can take it for a few circles around the house, giving a treat every few steps.

Then, if there are no issues (the dog isn’t showing signs of discomfort, isn’t trying to take the muzzle off, hasn’t just stopped and refused to continue, etc.), we can go for a real walk. This time, we should aim to give treats at regular intervals and only remove the muzzle once we come home.

If the training hasn’t worked, i.e., the dog isn’t comfortable enough to wear the muzzle outside, we have to go through the steps again. Sometimes, it may take more time for the dog to adapt to having its mouth covered. However, in most cases, a few days are enough to train it.

Also, in case the dog doesn’t react to the treats, you can always use praise instead. Nevertheless, experience has shown that dogs react to food the most, so just find something that’ll please its belly!

If you’ve been asking yourself How do I get my dog to wear a muzzle, but haven’t been able to find a foolproof approach to use — you can relax now. The one I’ve described above helped me train two of my bigger dogs without much hassle, and they’re now totally fine with wearing the muzzle outside.

Just remember that you do have to keep an eye out for any signs of discomfort. The muzzle has to fit it well; otherwise, the pup will associate it with pain or chafing. Additionally, if you get stuck at some point, take a break and let the dog relax a bit. Give it time to adjust to the situation; it should accept it on its own terms and realize it’s for its own good. 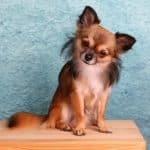 Dog Peeing in House When Mad. Why?

Why Does My Dog Keep Running Away from Home? 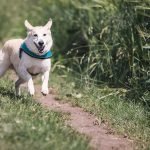