Do Dogs Get Dizzy From Chasing Their Tails? 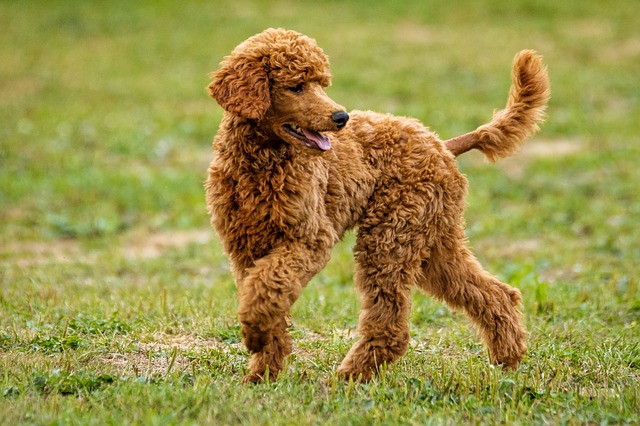 Dogs do get dizzy, but scientists do not believe that they get dizzy from chasing their tails…although they are not entirely sure why!

How can dogs chase their tails without getting dizzy? We have gathered everything you need to know, including,

Why We Get Dizzy

Part of the vestibular system is three fluid-filled canals that sit at ninety-degree angles to each other. Each fluid-filled canal is lined with minute hairs and senses direction along one axis. Together these three canals orient your head in three-dimensional space – think of this like the spherical ball compass in an SUV.

As your head moves, the fluid inside the ear moves and causes the hairs lining the canal to move. As the hairs move, nerve cells send a message to the brain, and the brain reads that message as a movement.

When you spin in circles, inertia causes the fluid inside these three canals to pull against the direction of your movement. The hairs inside the canals move in the opposite direction to your spinning.

The fluid inside the three ear canals starts to move in your spinning direction as your body adjusts. The sudden change in the direction of the liquid in the ear canals causes the hairs lining them to stand up straight. Your nerve cells then tell your brain that you have stopped moving, making it look like the world is spinning while you are standing still.

When you stop spinning, inertia keeps the fluid in your ear moving and bends the hairs inside the three canals again. This movement tells your nerve cells, which tell your brain, that you are moving, even though you are not – and this causes the feeling of dizziness!

Why Our Dogs Don’t Get Dizzy From Chasing Their Tails

People make many assumptions about why dogs don’t experience dizziness after spinning while chasing their tails. The truth is – no one seems to know the answer. Some people dispute the assertion altogether!

Some of the more commonly cited theories for dogs not getting dizzy while chasing their tails include:

Dogs Are Lower to the Ground

Some people believe that because dogs are lower to the ground and have a shorter vertical axis, they don’t experience dizziness from spinning. This theory seems a little bizarre since, if true, it would also mean that shorter people experience less dizziness than taller people. As far as we know, nothing has ever proven a correlation between height and dizziness.

The “eye position theory” states that dogs experience dizziness differently than humans because their eyes are on the side of their heads. This is perhaps one of the more ridiculous theories out there since dogs – like humans – have forward-facing eyes!

When They Spin, Dogs Are Spinning Around a Central Axis

Another theory that almost sounds like it could be true if you say it enough times is that because dogs are spinning around a central axis when they chase their tails, they do not experience dizziness.

With a little more thought, however, this theory does not explain a thing! If you have ever been on a roundabout on a playground, you will recall how dizzy you feel after spinning for a while. In this example, the roundabout center is a central axis, and you are revolving around it.

When Chasing Their Tails, Dog’s Eyes Focus On One Spot

Perhaps the theory that seems closest to explaining why dogs do not get dizzy from chasing their tails finds inspiration in ballerinas.

Have you ever wondered how a ballerina can spin in one spot without getting so dizzy they fall over? It is all about where they focus their eyes as they twirl around. As they turn around, ballerinas focus their eyes on a single spot (called “spotting,”) which limits head and eye movements that can contribute to dizziness.

In our opinion, none of the theories above seem to explain the tail-chasing phenomena with certainty. Still, despite hours of searching and more than a few rabbit holes of research, no one seems to have an explanation that holds water in any meaningful way.

Why Dogs Chase Their Tails

While we do not have the inside scoop on dizziness in dogs, we know several things can cause dizziness for our canine friends. These include:

The conditions listed above cause a physical change in the body and upset the balance of the vestibular system.

No one can be certain about dizziness in dogs and why (if true) they do not experience dizziness from chasing their tails. However, if we had to back one assumption, it would be the ballet dancer theory! 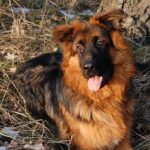 Why Is My Dog Running Away From Me All Of A Sudden? 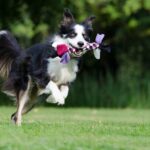