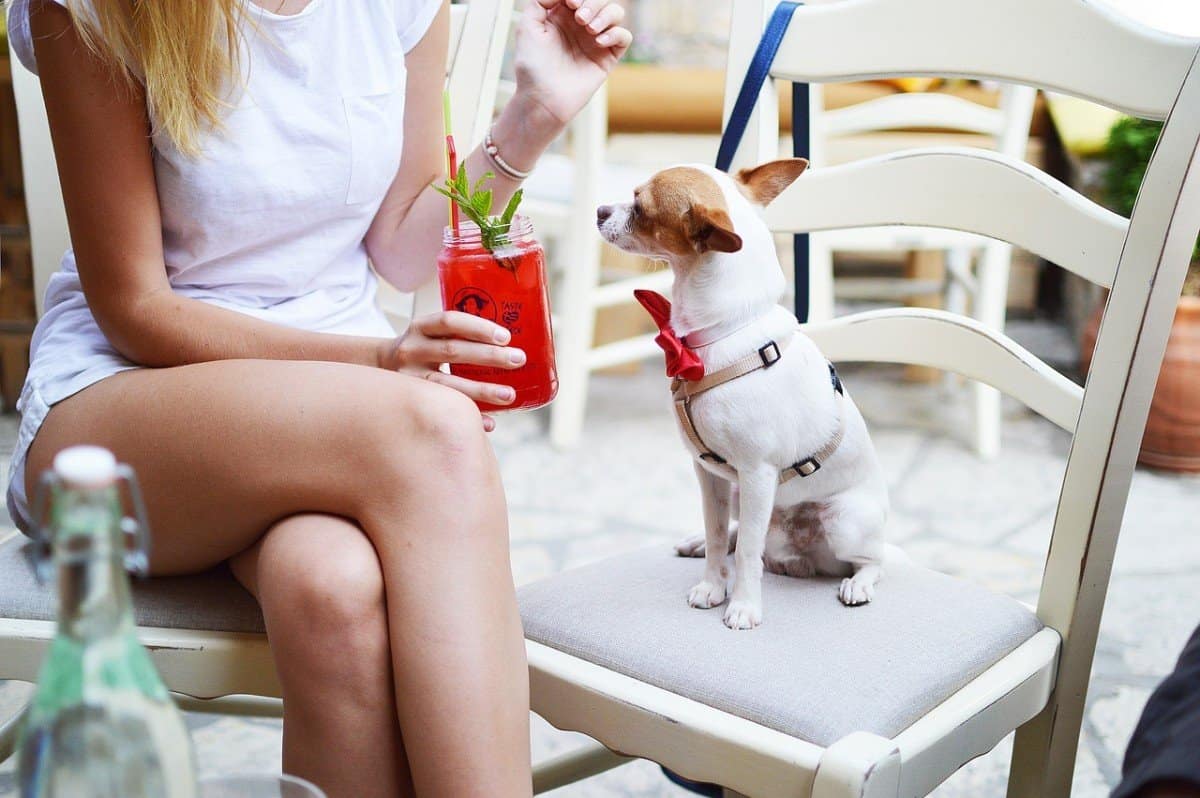 We all know that canines, no matter the breed, just love human food. After all, you’ve probably been pressured to feed your dog whatever you’re eating from time to time — those two beady eyes are hard to say no to. But can dogs eat cooked eggs? Are there any pros and cons to giving your dog eggs, or should you just stick to regular pet food?

If you’ve been wondering whether there’s any harm in giving your dog too much protein or perhaps even letting it feast on human food, you’ve come to the right place. As it turns out, some forms of eggs could be quite beneficial — but there are some common risks you ought to be aware of.

The first thing we ought to explain right now is that eggs aren’t bad for either humans or dogs. The science behind eating eggs is pretty simple, and it comes down to moderation. Too much of anything could definitely harm you, as many nutritionists are quick to say. So when it comes to giving dogs eggs, we ought to tread carefully.

Having said that, there are a ton of benefits of feeding our dog eggs, and most canines already know that. Back when they weren’t domesticated yet, dogs used to steal bird eggs and eat them whole, shells and all! Nothing truly bad happened to them, or at least we’re not aware of it.

Let’s rewind to the 21st century now when the food industry is at its peak. Though that means there are quite a few advantages today, there are some risks as well. Bad eggs, i.e., those that come from sick hens, are likely to harm humans, let alone dogs. Because of that, it’s imperative to focus on organic, free-range eggs to avoid any potential risks. 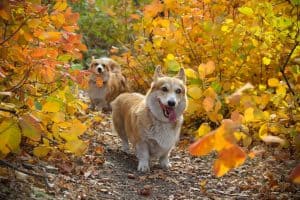 Before delving further into why we may need to avoid giving our dog eggs, let’s see what the advantages are. In essence, eggs are:

The amino acids found in eggs could boost your dog’s protein intake, making sure its health stays in top-notch condition for many years to come. On top of that, all these vitamins allow your pup’s system to function properly, as well as let it grow in a healthy manner.

Best of all, though, eggs are rather inexpensive, can serve as a food topper or an occasional treat, and contain easily digestible protein. Overall, eating eggs, whether you’re a human or trying to boost your dog’s health, is a sound decision.

But which kinds of eggs are best for dogs? More importantly, can dogs eat cooked eggs, or should they only stick to the raw form?

We’ve all seen boxers gulp down raw egg smoothies, as that’s the most effective way of ingesting a nutrient called choline, which most humans don’t produce enough of. However, when it comes to feeding your dog raw eggs, it’s all a bit too risky.

In terms of nutrition, both cooked and raw eggs offer the same benefits, so saying that raw eggs are somehow healthier is just untrue. In fact, there are some huge risks involved with feeding your pup raw eggs, one of which is the all-too-common salmonella, as well as biotin deficiency.

Egg whites are the biggest concern here, as they contain avidin, a well-known biotin inhibitor. Biotin, or B7, is an essential B complex vitamin with numerous positive effects. Given that studies have mostly been conducted on humans, it has been said that B7 aids digestion and promotes a healthy metabolism. Furthermore, it helps skin and cell growth, which is essential for our health.

It’s not too far-fetched to conclude that biotin deficiency could have the same side effects in dogs as it has in humans. However, we do have to mention that it’s extremely rare and would require your dog to eat a TON of egg whites. Besides that, the egg yolk contains enough biotin, so it all balances out in the end. 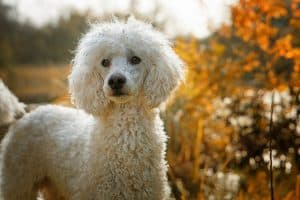 The other risk that comes with feeding your dog raw eggs comes down to salmonella. If the egg isn’t pasteurized, it’s likely that it contains the bacteria. Given that most of the eggs we can find in supermarkets aren’t pasteurized, this poses a great concern.

If your dog comes into contact with the bacteria, it could contract salmonellosis, which comes with the following, extremely uncomfortable symptoms:

Worst of all, salmonella is a zoonotic disease, so you could also contract it through your dog. Therefore, instead of risking it all, it’s best to think of another way to give your dog eggs. Luckily, processing this food source is entirely safe for your puppy and would allow it to absorb all the nutrients without getting sick!

The best approach to feeding your dog eggs is always to cook them. By processing the eggs, you’ll get rid of any nasty bacteria that could pose great harm to your canine. At the same time, you’ll get a chance to make them more palatable.

However, there is a catch. Although eggs are full of nutrients that your dog will simply love, it’s best to keep them as plain as possible. Cooked eggs aren’t going to harm your dog, but whatever you add to them could endanger its health.

Some of the most common seasonings we add to eggs, such as salt, onions, and garlic, are toxic for dogs. Additionally, making the eggs with butter or oil could make the dog obese in the long run, as it will be ingesting too much fat.

And while we’re talking about obesity, don’t forget that each egg has about 78 calories in total. Although it’s carb-free, those calories have to be burned somehow, or you ought to stick to just a few eggs per week. Feeding your dog eggs each day, no matter if they’re scrambled or hard-boiled, could result in a ton of obesity-related problems later on, such as heart disease and diabetes. 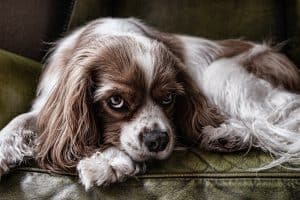 How Can Dogs Eat Cooked Eggs Without Risking Their Health?

After trying out different variations ourselves, we can conclude that dogs prefer eggs that have some flavor to them. However, since that could make them sick in the long run, it’s best to stick to plain hard-boiled eggs.

To make these, you only need a bit of water, so there’s nothing in the “recipe” that could harm your pup. Otherwise, you can try making poached eggs as well, and even scrambled eggs — but use a non-stick pan and water instead of oil.

Still, do make sure not to overdo it. Though Fido would just love to keep eating and eating, having too many eggs could lead to some digestive issues.

In general, small dogs should have one or two small eggs (about 54 calories) per week. Their larger counterparts can have a medium-sized egg up to three times per week. If you’re unsure, though, a veterinarian could help you calculate how many eggs your pup can eat.

Dogs that already have some gastrointestinal problems are at risk of getting diarrhea and passing awful gas around the house. So if our pup has already had some difficulty digesting some different foods in the past, we should tread carefully. We can try feeding it only a bite at a time. Better yet, it may be a good idea to stick to giving it only one egg every few days.

Don’t Forget About the Shells!

One of the best parts about feeding our dog eggs is that we can use the whole food source, including the shells. Of course, since eating raw eggshells carries the same salmonella risks, it’s best to boil them first. To prevent them from scratching our dog’s mouth, we can grind them into powder. Then, all we have to do is simply add a teaspoon or two to our dog’s regular meals for a boost of calcium! 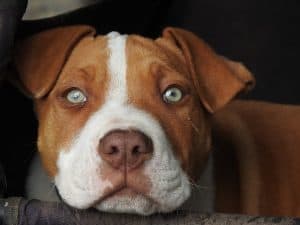 Finally, before jumping on the bandwagon and making eggs a staple of your dog’s meals, do make sure it’s not allergic to them. As one of the most common allergies in dogs, eggs could generate a variety of symptoms, such as redness and dry, itchy skin. A severe allergic reaction could even create sores, making both the dog and its owner entirely miserable.

Because of that, it’s better to start slow and see how the pup reacts to the eggs. Perhaps it won’t even like the taste, so you may not even have to worry about any allergic reactions.

However, if it does, give it an egg every other day or so. Keep an eye on the pup and check to see if there are any symptoms. If you notice something out of the ordinary, take the dog to the vet to ensure it’s an allergic reaction and not something far worse.

So can dogs eat cooked eggs, or better yet, should they indulge in them at all? We are happy to conclude that this incredible food source could be a wonderful addition to any dog’s diet. Nevertheless, moderation is key!

As with everything in life, if we go overboard, consequences are practically unavoidable. Therefore, consider everything we’ve talked about and introduce eggs as a supplementary food rather than a whole meal. We would recommend using some scrambled eggs as a kibble topper or opting for hard-boiled eggs as an occasional treat. That way, you’ll ensure your dog gets enough nutrients and protein but doesn’t get obese, or worse, ill from all the chewy goodness!

link to Why Does My Dog Dig on Me and How Do I Stop This Behavior?

When some doggies jump in their owner’s lap, they start digging on them. Are you too wondering Why does my dog dig on me? This behavior shows that your pooch may be: ...

Continue Reading
link to How to Stop Dogs From Digging to Escape: Why They’re Doing It and Prevention Methods

Here are a few tips on how to stop dogs from digging to escape:   Find the root cause (excess energy, lack of mental stimulation, fear, anxiety,...

I am an associate for Amazon and Clickbank and receive a commission on products sold. I also have Google Ads displayed on this website for which I receive commissions.