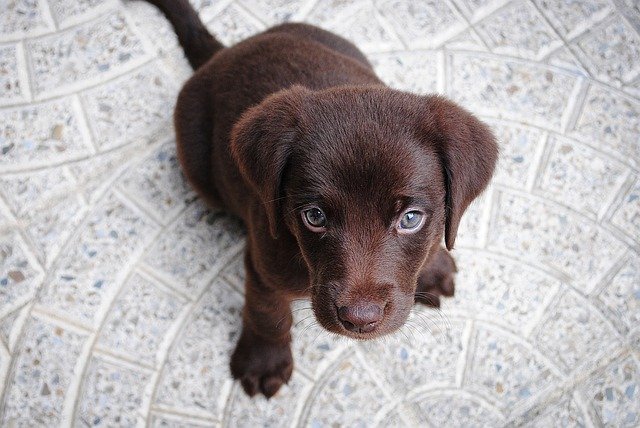 So, if “British Lab” and “English Lab” both refer to the same thing, what about an “American Lab,” a “bench lab,” a “show Lab,” and a “field Lab”? And how do these compare to the British or English Lab? If you are confused, do not worry, you are not the only one! Today we are going to clear things up for you.

The Different Types of Labradors

The British or English Lab

When people refer to the British or English Labrador, they are talking about a Labrador Retriever that stands between 21.5 and 22.5 inches tall. A female British Labrador weighs 55lbs, and the male can weigh between 70 and 74lbs.

The British or English Lab looks stockier than the American Lab. This Lab has a blockier head shape, a deeper and broader chest, shorter legs, and a shorter muzzle.

The American Lab looks lankier than the British Lab. This Lab has a slender head shape, a shallower chest, longer legs, and a longer muzzle.

“Bench Lab” refers to the blockier British or English Lab. If a Labrador is not a “Bench Lab,” they are a “Field Lab.”

The word “Bench” refers to the fact that compared to the active field Labrador, the Bench Labrador is less busy and more likely to “sit on the bench.”

The term “Show Lab” is often used to refer to the blockier British or English Lab. “Show Lab” is a misnomer because any dog with a pedigree that contains show dogs can be called a “Show lab.”

The term “Field Lab” is often used in direct contrast to “Show Lab” to describe the taller, slenderer American Labrador. While most field Labs are slender American Labs, an English Lab can train in fieldwork.

When used to describe a Labrador, “Field Lab” usually means a working Labrador. For example, a “Field Lab” may –

What Are “Field Trials?”

“Field Trials” are competitive events set up for hunting dogs. During the event, several breeds of hunting dogs show off their skills as they compete against each other. Retrievers, in particular, show off their game retrieval skills and receive scores from field judges based on their performance.

Although there are different “types” of Labrador retrievers, there are three Labrador coat colors – black, chocolate, and yellow. Each “type” of Labrador – the American Labrador and the English Labrador – can be one of these three colors.

Within each Labrador color, there are varied shades. For example, a yellow Labrador Retriever can be a dark fox red shade or a platinum blonde!

A Labrador inherits its coat color from its parent’s genes, and the combination of dominant and recessive alleles in that gene determines what coat color gets expressed.

Yellow Labradors, however, get their color code from the E genes at the E locus. The dominant E gene does not influence the B genes, so a dog will still be black or chocolate. The recessive e gene, however, can mask the B genes.

Some breeders advertise some Labrador colors as being “rare” or “special,” most often, these include the “Silver Labrador” and the “Charcoal Labrador.” These dogs are variations of the original three Labrador colors – yellow, chocolate, and black – only they carry dilution genes that cause their coat color to appear lighter than it usually would.

As far as the official word is concerned, the Labrador Retriever breed “standard” only recognizes the yellow, chocolate, and black Labrador coloration. Light colors are a breed fault and cause disqualification in conformation shows under American Kennel Club regulations.

Although color dilution is the cause for disqualification in conformation shows, the AKC allows purebred registration for diluted dogs under one of the three established coat colors – yellow, chocolate, and black.

There are many terms for Labrador Retrievers: British Lab, English Lab, American Lab, Bench Lab, Show Lab, and Field Lab, but when it comes down to it, there are only two physically distinctive types of Labrador Retriever – the “American” and the “English” Labrador. 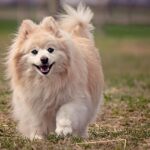 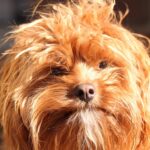