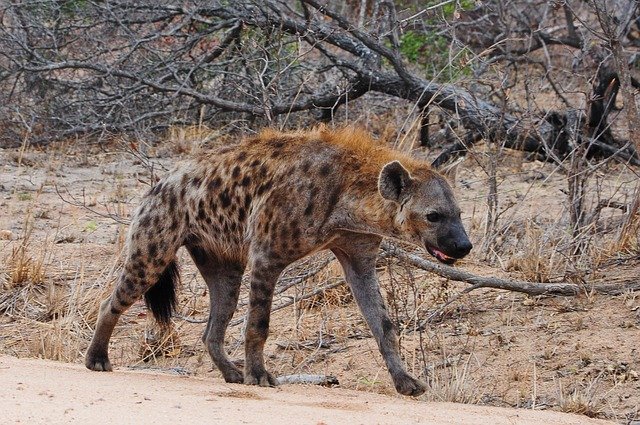 The hyena is a formidable animal with a deceptive reputation as a scavenging fool. However, this nocturnal predator is a skilled hunter with bone-crushing jaws and exceptional intelligence.

Just how dangerous are hyenas? We will look at some factors that influence how deadly hyenas can be. These factors include:

There are four living hyena species – the spotted hyena, the brown hyena, the striped hyena, and the aardwolf. Although frequently referred to as big cats, hyenas are neither dogs nor cats and are their distinct species. The average adult hyena can exert 1,100 pounds per square inch with its jaws alone.

The spotted hyena stands between 2.3 and 3 feet at the shoulder and weighs up to 140lbs. Capable of running up to 40 mph, this hyena species is more of a hunter than a scavenger.

The brown hyena stands between 2.3 and 2.6 feet at the shoulder and weighs up to 96lbs. Capable of running up to 50 mph, this hyena species is a solitary scavenger and a poor hunter.

The striped hyena stands between 2 and 2.6 feet at the shoulder and weighs up to 120lbs. Capable of running up to 31 mph, this hyena species is more of a scavenger than a hunter.

The aardwolf stands between 1.3 and 1.6 feet at the shoulder and weighs up to 33lbs. Capable of running up to 25 mph, this hyena species is a hunter that feeds on insects rather than more oversized prey items.

The spotted hyena is the more aggressive hyena species and is more predatory than the striped hyena, making it more of a threat to humans. There have been records of the spotted hyena attacking humans in the past, although preservationists often blame these instances on habitat destruction forcing humans and hyenas to live in proximity.

When the spotted hyena attacks humans, they almost always attack women, children, and vulnerable men rather than attacking prey more capable of fighting back.

The brown hyena is a nocturnal hyena species that live in small clans that function very much as a community. For example, brown hyenas are responsible for raising pups with each other.

The brown hyena is not as aggressive as the spotted hyena; however, it is territorial and food aggressive and will aggress if necessary. Brown hyenas pose little threat to humans. The real risk is humans hunting the brown hyena, which is why the species is currently at near-threatened status.

The brown hyena is not known to hunt or attack humans.

Like the brown hyena, the striped hyena is a near-threatened species with just 5,000 and 14,000 animals.

The striped hyena is not an aggressive hyena species and usually avoids both humans and other wildlife. There have been rare instances of striped hyena attacks on humans, but these are few and far between.

The striped hyena is more at risk from humans than humans are from it, as humans often hunt and kill them due to the spread of misinformation and fearmongering.

The aardwolf is the smallest hyena species and lives a solitary nocturnal lifestyle but pairs to mate and raise pups. The aardwolf is not a threatened hyena species, and while their population numbers are unknown, they are plentiful. The main staple of the aardwolf’s diet is termites.

The Aardwolf is a shy hyena species and prefers to hide away, avoiding human contact altogether. The aardwolf poses no threat to humans, but it is a frequently misunderstood species often targeted by humans due to misconceptions.

The brown hyena lives in the south and southern Africa but tends not to mix with humans, primarily in mountainous areas, woodlands, and desert areas.

The striped hyena lives throughout northern Africa, India, and the Middle East. These carnivores often live in areas too extreme for other animals to live. Rarely do striped hyenas encounter humans.

The aardwolf lives in eastern and southern Africa and rarely interacts with humans due to its reclusive nature and nocturnal, insectivorous habits. This is the shyest hyena species and is rarely lumped in with other hyena species.

Cartoon portrayals of the hyena lead many people to believe that the hyena is a laughing fool capable of being kept as a pet. This assumption could not be further from the truth – the hyena is a skilled hunter with jaws that can exert up to eleven hundred pounds per square inch. 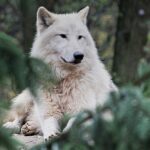 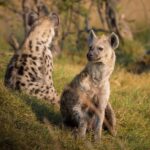 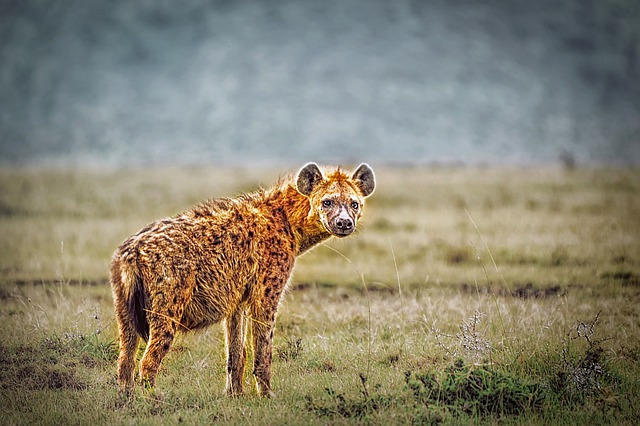 Hyenas are fascinating and brilliant creatures from the carnivore suborder Feliformia which contains cats, civets, and mongooses. Essentially closer to cats than dogs, these creatures with fearsome jaws are unique creatures with problem-solving skills and complex social interactions. Some people ask as they appear similar to dogs, can hyenas be tamed?   Hyenas can be… 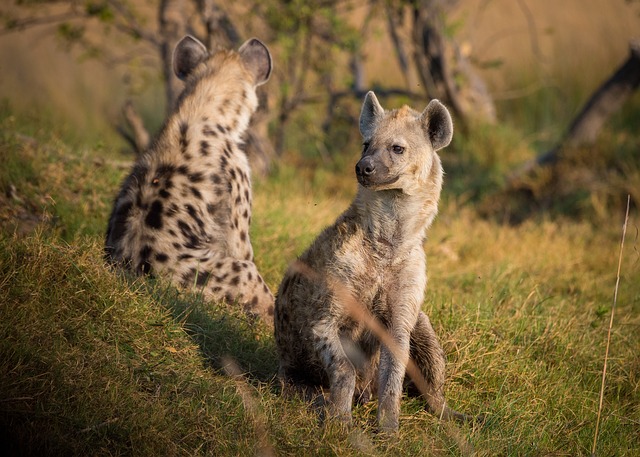 Although often seen as weaker scavengers compared to lions, hyenas sometimes make a meal of a lion now and then. Whether scavenging a lion carcass or actively hunting a solitary lion or lion cub, the hungry hyena is a bone-crushing force with which to be reckoned.    How is it possible for a hyena to…