More and more, people are ingratiating pets into their homes, looking to them as extensions of their family more than simple house pets. With dogs of all breeds, more love than ever is being shown to these four-legged companions.

People all have their favorite breeds, but one that is popular among dog-lovers is the French bulldog breed. And why wouldn’t they be? With large, adorable ears and faces that anyone could love, French Bulldogs are absolutely adorable and loving.

As is the same with any other breed, there are certainly pros and cons to bringing this adorable breed of bulldog into your home. Knowing what to expect from a french bulldog can allow you to prepare for what is to come and decide if you are making the right decision in bringing one into your home.

Are French Bulldogs Good with Other Dogs?

This is a bit more complex answer, but let’s start with a simple “yes.” Compared to some other dog breeds, ones that are okay being left alone while their owners are at work or out for the day, Frenchies tend to get extremely attached to their owners.

This attachment can result in separation anxiety or loneliness when they are left alone for long periods of time. For those who work extensive hours, this can be a real issue and your furry buddy can be left feeling quite lonely if they are the only pet in the house.

For this reason, it makes absolute sense that they would appreciate the company in the form of an additional dog or any other household pets that you might have. French bulldogs definitely do better in pairs. So, the longer answer to “are French bulldogs good with other dogs?” is a resounding “yes.”

Having two dogs always feels better than one for dog owners because it’s double the tail-wagging fun. But for Frenchies, this is a great thing because dogs generally do better in pairs and Frenchies fall into that category.

Dogs, like the wolves that preceded them, are pack animals. This means that they want to be in the company of other dogs because they find a natural comfort in being around more than one. Generally speaking, a pack is three or more animals, but two dogs can definitely form a bond and feel comfortable being with one another all day long.

French Bulldogs Do Better in “Packs”

French bulldogs are actually quite social animals. That said, they are happy being with dogs that are from the same family. Don’t misconstrue that, however, they are more than okay being ingratiated with other dogs. It just means that they tend to be happier when they share time with dogs that are in their own pack.

If you have a single French bulldog and have a busy life, both professionally and personally, you might notice signs that your dog is discontented and lonely. Having another dog, be it another Frenchie or a different breed, gives your Frenchie someone to play with and allows them to become more comfortable because being alone is not in their nature.

There can be some misconceptions about French bulldogs. This is because they tend to be possessive, territorial, and attention needy. This makes most dog owners assume that Frenchies can’t coexist with other dogs. But the fact of the matter is that, yes, your Frenchie wants your attention, but it also needs some companionship. Are French bulldogs good with other dogs? Yes, absolutely!

We are all busy. A lot of us don’t get to spend nearly as much time with our dogs as we’d like to. The fact of the matter is that, if your Frenchie had their way, they would spend every single minute of every day playing or cuddling with you.

This can’t happen, though. This is why getting your Frenchie a companion can be such a great idea. French bulldogs crave that company and companionship so much that leaving them alone can actually make them feel sick in a literal sense.

French bulldogs are certainly not the only breed that deals with separation anxiety issues when their owners leave for the day. It is just one of the issues that dog parents who leave their dogs for periods of time have to deal with.

Separation anxiety is a form of emotional anxiety that will develop in dogs when they are left by themselves. Dogs with this kind of anxiety tend to get very anxious and become very lonely if they are left alone for longer times than they are equipped to handle.

Given that French bulldogs are one of the needier breeds out there, you can see how this would be something of a problem. They tend to be a bit more prone to separation anxiety more than other dog breeds.

There are certain breeds that do not mind being left alone and are content to see you whenever they see you. But with breeds like the French bulldog, they need your attention as much as possible. This can make it essential to get a companion for your French bulldog to ensure that separation anxiety is not something your Frenchie has to deal with while you tend to the necessary responsibilities in your life.

Do French Bulldogs Get Aggressive?

Dogs are naturally territorial animals, nearly every breed will have moments of aggressive behavior where they feel threatened. But in the case of French bulldogs, they are generally just adorable, cute, and super-affectionate dogs.

Even though French Bulldogs are sweet, friendly, and playful, they are also bulldogs in their nature. With that big-dog-in-a-small-body mentality, they can be a bit territorial and mean initially when a new dog is introduced into the environment.

Don’t misconstrue this behavior, however. Sure, Frenchies will become a bit aggressive if they feel provoked, jealous, or threatened, but this doesn’t go beyond simple whining, barking, or growling. It is essentially the whining that young children do when they are irritated.

Because French Bulldogs are not a mean breed, they won’t get physically aggressive with other dogs even if they don’t seem to like them at first. It is, however, a generally good idea to introduce them to other dogs when they are younger to keep their feelings in check.

If you take the steps to properly introduce your French bulldog to other dogs, they will get along with just about any other dog or kind of house pet without any aggressiveness that could come in other circumstances.

The best way to do this, if at all possible, is to make the meeting place with an additional dog a neutral setting. Bringing a new pet into your home without properly introducing your Frenchie to it can result in a challenge to the way of life the Frenchie has established.

Bring your Frenchie to a dog park to meet the potential new pup in your life, allowing for a more natural interaction and introduction.

When you get your Frenchie set up with a companion to spend time with, you can rest easy knowing that your French bulldogs are properly equipped to get the attention they need without exhibiting any of those negative behavioral effects. 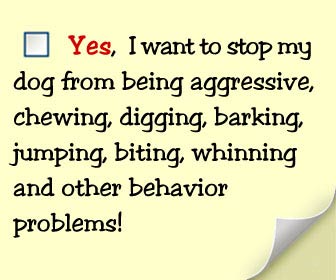