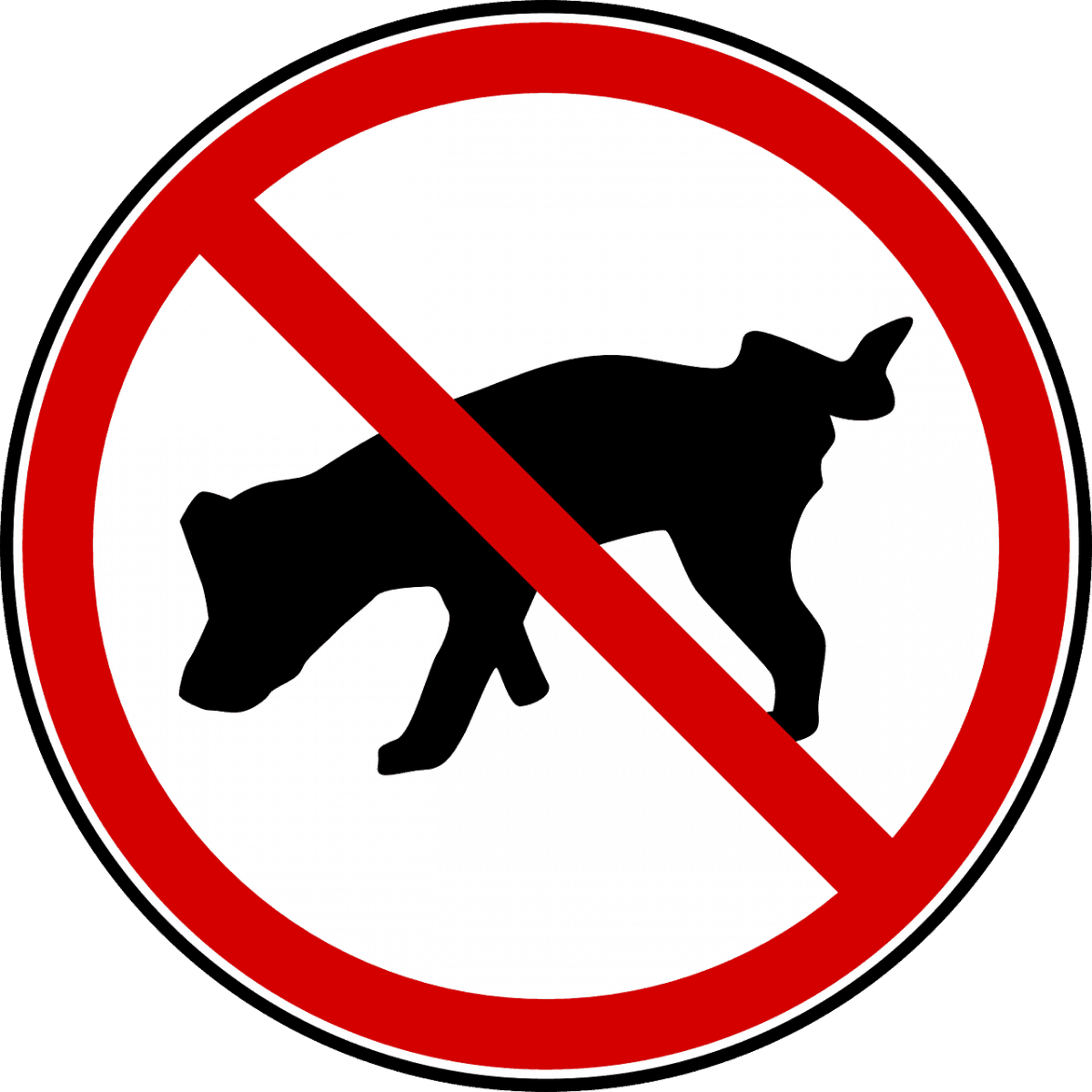 Dog parents worldwide know potty training a canine isn’t as easy as one might think. Multiple factors are at play when housebreaking a dog, including its previous life experiences. Many are perplexed when they adopt a puppy and wonder how to potty train a dog again — even if possible.

So, are there any specific steps we need to take when re-housebreaking a dog? As it turns out, retraining a puppy isn’t that different from potty training a puppy for the first time; you have to think of the dog as a blank canvas.

How to potty train a dog again: A definitive guide to re-housebreaking a dog

Step #1: Learn more about your dog

The difference between potty training a dog for the first time and doing it all over again is in the dog’s behavior and previous life experiences. Because of that, we’ll present two situations in which you might need to retrain the dog:

How to potty train a dog again when you’ve moved

You might have to re-track your dog immediately if you have recently moved houses. Everything smells different, and its life has turned upside down. Thus, it’s nervous and doesn’t know how to act — not even how to tell you that it wants to “go.”

Many people aren’t fit to care for a dog, and some even leave their dogs in shelters because of unforeseen circumstances. Whatever the reason, dogs in shelters aren’t taught where to go potty.

Most of the time, they’re kept in tiny kennels or cages — those are their beds that somewhat resemble their own “dens.” Thus, they don’t want to spoil them unless they have to. Unfortunately, accidents happen, which only stresses the dogs out and leads to anxiety.

Because of all these factors, re-housebreaking a shelter dog or a rescue will require much more effort, not to mention time. You’re dealing with emotional trauma, too, not just the inability to “hold it in.”

Pooches generally go to the bathroom after sleeping, eating, drinking, and playing. Therefore, to avoid accidents, aim to get the dog to a nice elimination spot 15–30 minutes after each activity.

Now, you will have to dedicate enough time to retraining a dog, but at the same time, the schedule shouldn’t feel suffocating. Of course, dogs, in general, love going outside. Still, that won’t be possible if you’ve adopted a traumatized one. It will avoid going out as if it’s the plague.

And, you really shouldn’t make the dog go out if it doesn’t want to. Instead, opt to housetrain the dog with training pads or even a litter box. If the dog is suffering from a certain level of agoraphobia, going for alternatives such as these would allow you to keep your floors pee-free and the dog happy.

However, if the dog is willing to go outside as much as possible, the answer is pretty simple. In the morning, get the leash and take the dog to a good spot where it may do the deed. Then, please give it a treat as a reward and continue walking around the block/park. Repeat the same thing each time it has to “go.”

Step #3 Confine when needed and supervise

Crating a dog when you’re in the other room (and the dog still hasn’t been potty trained) is an excellent way to keep accidents at bay. However, you must ensure the crate is large enough for the dog to be comfortable.

Still, if you want to avoid crates, you can also rely on your abilities. Supervise the dog when you’re home, hire a dog sitter when you’re not, and always keep the most common signs the dog has to “go” in mind:

Finally, we must learn more about our dogs to bond with them. Therefore, to reward your dog correctly, try to figure out what it likes and dislikes.

For some dogs, a new chew toy won’t be of much use if they don’t like chewing on things. However, they might love a particular brand of treats that may be expensive. To get on their good side (and ensure they never pee or poop in the house again), aim to give them those treats when retraining.

In the end, incentives work. Dogs need to know they will get something nice if we want them to act a certain way. Luckily, they’re reasonable creatures — treats and praises are usually all they need!

Will it be challenging?

Although the process of retraining a dog to pee and poop outside is similar to first-time housebreaking, there are a few factors we ought to keep in mind. Unfortunately, most dogs who must be retrained were held in shelters due to unfortunate circumstances. Thus, they might also feel a certain level of aversion toward their new owners and new rules.

Additionally, when retraining a dog, we must consider that its housebreaking habits have weakened while in the shelter. As such, we’ll have to re-associate the outside as a good spot for elimination and our home as a wrong spot. The dog might be stubborn initially due to abandonment issues, anxiety, and stress, so we should tread cautiously.

Final thoughts on how to potty train a dog again

Do we think potty training a dog again is going to be superficial? Of course not. It’s usually tricky, given the dog has had some time to grow out of its housetraining habits. On top of that, it’s not as young as it was the first time — it won’t learn so fast.

Nevertheless, you shouldn’t feel discouraged at all. The process is almost the same, though you must pay close attention to shelter dogs and rescues. Those poor fellows haven’t had the best of luck, so try not to overwhelm them with all the rules. An accident or two won’t ruin everything, after all! 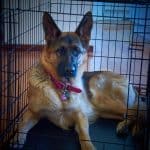 How to Potty Train a Dog Living in an Apartment: High-Rise Dog Housebreaking Tips

How to Potty Train a Dog After Moving: Tips for Nervous Dog Parents 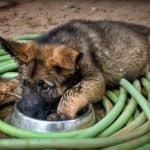 Not all toy breed dogs fit the yappy little dog stereotype, but the Shih Tzu does. This little dog is prone to barking, and it does not take much for that barking to become a problem. Fortunately, there are some things that you can do to get that barking under control.   The Shih Tzu… 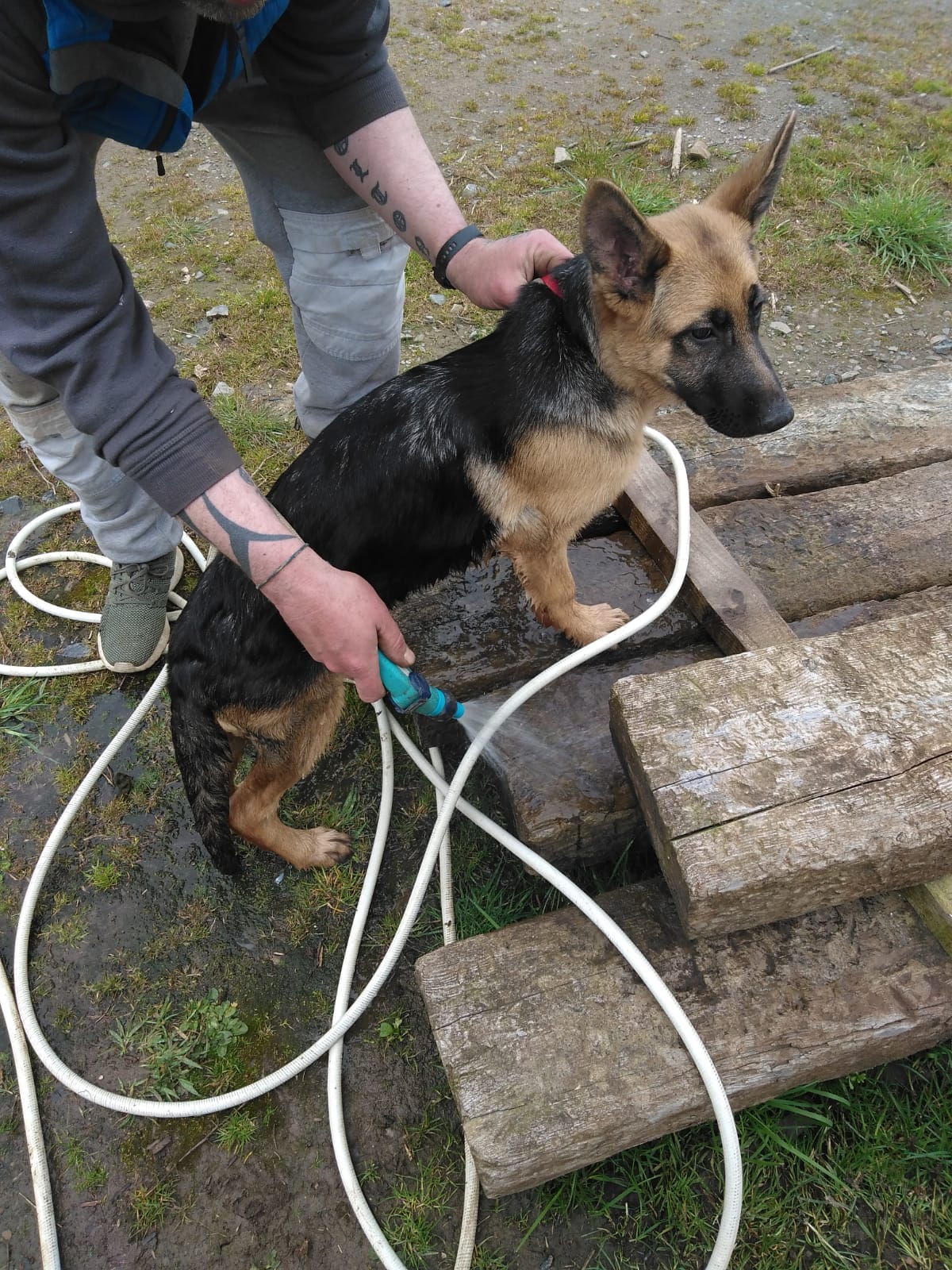 Whenever summer rolls around, you might be looking forward to a cool shower or a dip in the pool that can bring your temperature down. Your dog is the same way, and it has a much higher propensity to overheat if you don’t take care of it.   How Often Should I Bathe My Dog… 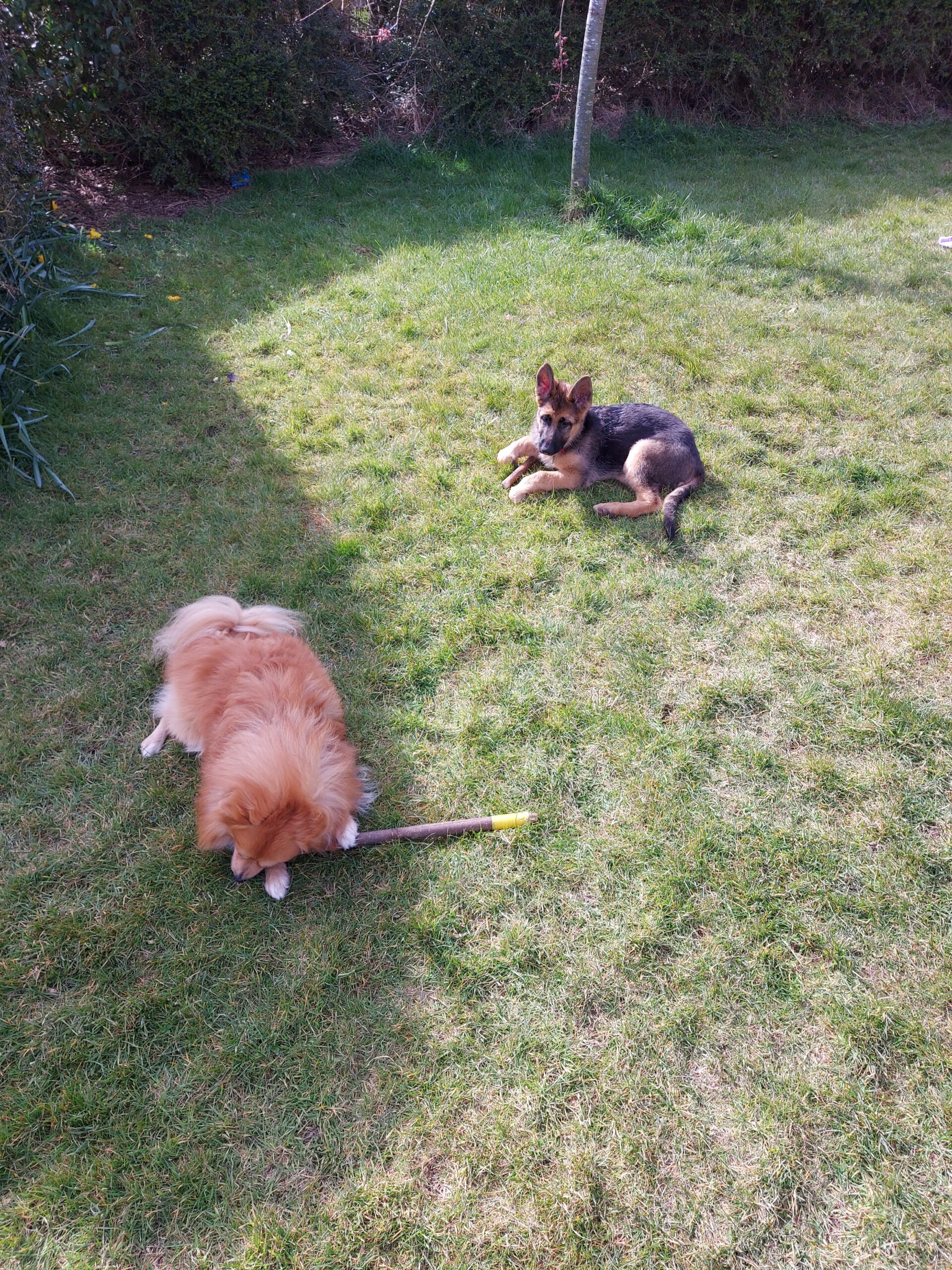 How to Socialize a Puppy and Get a Social Dog.

In the same way that it takes human beings some time to get used to a new environment, our furry friends also require a period of socialization. In the early weeks of a puppy’s life, the owner can take the animal through a series of baby steps to socialize it. In this article, you can…