Chihuahuas can be affectionate, but like most dogs, they do not appreciate cuddling as humans do. However, Chihuahuas often appreciate a certain level of closeness with their owner.

Before discussing chihuahuas and cuddling, we must distinguish between cuddling and closeness. For this article, “cuddling” refers to hugging, and similarity refers to being within proximity.

No, chihuahuas do not like to cuddle. Most dogs do not want to cuddle! There are always exceptions to the rule, but studies have shown that four out of five dogs find cuddling anxiety-inducing.

Dogs and humans rely on body language to communicate, but unfortunately, dog and human interpretations of body language differ. As humans, hugging someone means that we care about them. Dogs, however, interpret this action in a completely different light.

A Display of Dominance

One way dogs display dominance is to put a limb on the second dog. The dog with the limb on top is the dominant of the two. It is almost as though they were saying: “Stay down. I’m the boss.”

When you hug your dog, you are draping your limbs over them and, unbeknownst to you, asserting your dominance. This interpretation of being “put in their place” induces feelings of stress and anxiety in your dog.

In the images used in his study, Coren found that dogs being hugged showed signs of stress and anxiety.

Signs of Stress and Anxiety In Dogs

In his research, Stanley Coren scored images based on the dog’s expression and body language. Anxious dogs were dogs that displayed:

How Dependable Is Stanley Coren’s Research?

Some people question Stanley Coren’s research because he based his findings on randomly acquired images from the internet. When choosing pictures for his study, however, Coren selected a large sample of images where the dog’s face was unmistakable. A random sample of two hundred and fifty of those images was selected.

Despite being slightly unconventional, Coren’s method of research is sound.

We have discussed dogs’ dislike of hugging, but what about being close? Do dogs like to be close to their owners? Yes!

Dogs of all breeds like to be close to their owners (if they have a positive relationship,) although some dogs like more personal space than others. How much personal space a dog needs varies by individual dog, but do not make any assumptions about how comfortable a dog is with close contact based on its breed.

The only way to know how comfortable any dog is with close contact is to be familiar with the dog in question.

What about Chihuahuas? Like other dogs, the Chihuahua’s fondness for closeness depends on their relationship with their owner and preference for personal space. When small dogs like chihuahuas do like to be close; however, they get a few significant benefits which include

Smaller dogs are much more prone to getting cold. By snuggling up close to their owners, these little dogs can stay warm and maintain better control of their body heat!

Many smaller dogs become attached to a single member of their household. This attachment can cause separation anxiety when the person in question is out of the dog’s sight. By snuggling up close, a dog ensures that if their human goes anywhere, they will not get left behind!

Being close also offers smaller dogs security and allows them to rest more comfortably. Snuggling means that if anything threatening approaches while the dog is asleep, their human can protect them.

For some more fearful dogs, for example, a cat in the house might pose that threat. Other dogs that get rescued later in life may fear attack from a larger animal even though that threat no longer exists.

Chihuahuas frequently attach themselves to one person, but although they are often content to stay close, they do not appreciate hugging! 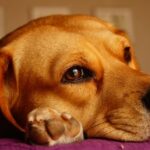 Do Beagles Smell? The Surprising Answer 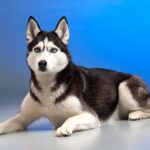